On the back of that fantastic victory over Feyenoord, PSV are heavy favourites for the upcoming home tie against Heerenveen. The bookies are quoting odds of 1/4 for the Eindhoven side.

Van Ginkel and Locadia remain on the injured list for PSV, joined by defender Nicolas Isimat-Mirin (abdominal strain). Siem de Jong is fit to claim his place on the bench for the first time this season.

Heerenveen are without Shay Facey, Wout Faes and Dennis Johnsen.

Deep lying playmaker Stijn Schaars has been identified as a possible difference maker and will be tightly marked and closed down quickly. Martin Odegaard will also be tightly marked to quell his impact on the game. 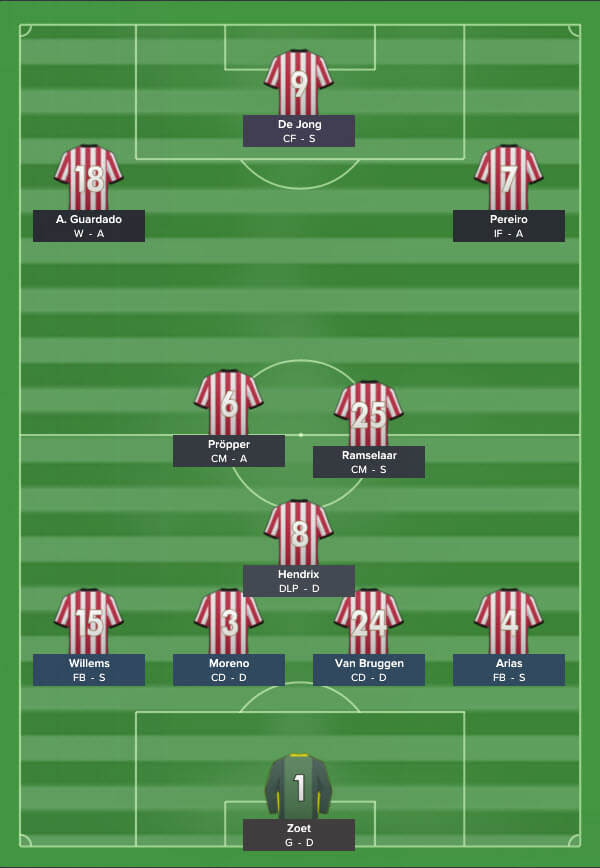 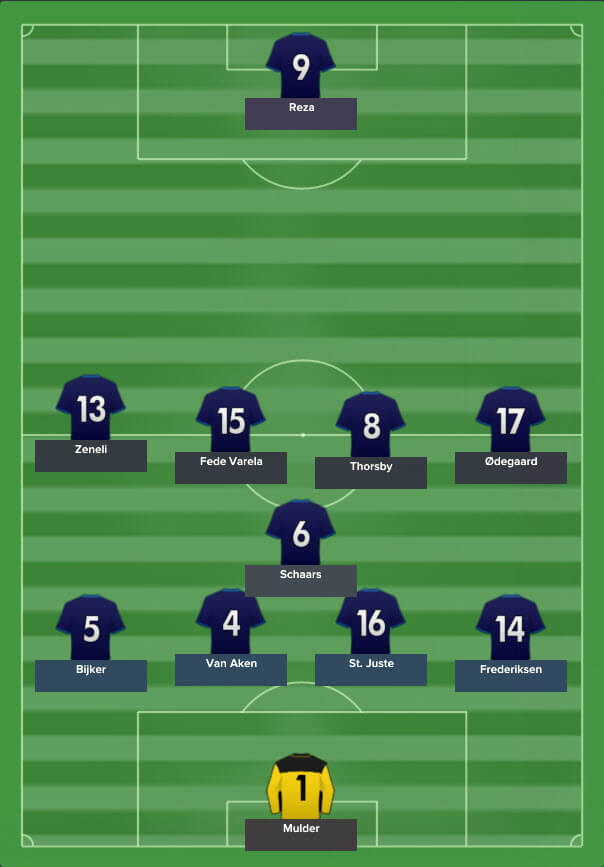 Heerenveen are the first to threaten on 8 minutes but Reza’s shot from distance is easily saved.

On 13 minutes PSV take the lead as Davy Propper’s 30-yard free kick is palmed in by the opposition goalkeeper. 1-0 PSV.

On 21 minutes Arber Zeneli’s wayward cross is just batted away at the near post by Zoet. Minutes later Andres Guardado takes advantage of a loose ball but his strike cannons off the post and safely into Erwin Mulder’s arms.

Gustavo Pereiro’s shot from distance sails over the bar on 38 minutes and a minute later Davy Propper’s freekick suffers the same fate.

PSV look comfortable in possession again but long shots continue to be an issue, although a few of these can be attributed to freekicks. 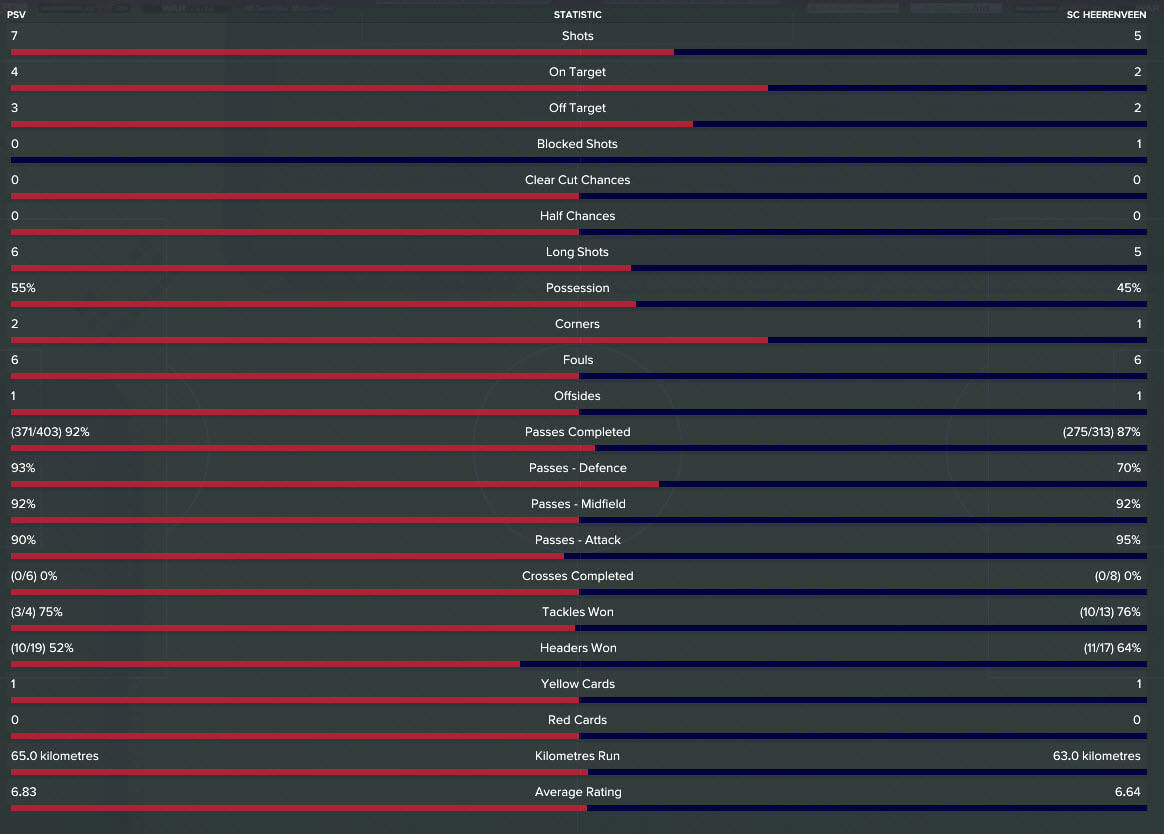 A quick look at Stijn Schaar’s passing map – we’ve managed to restrict his passes and prevent him from splitting open the defence on any occasion. 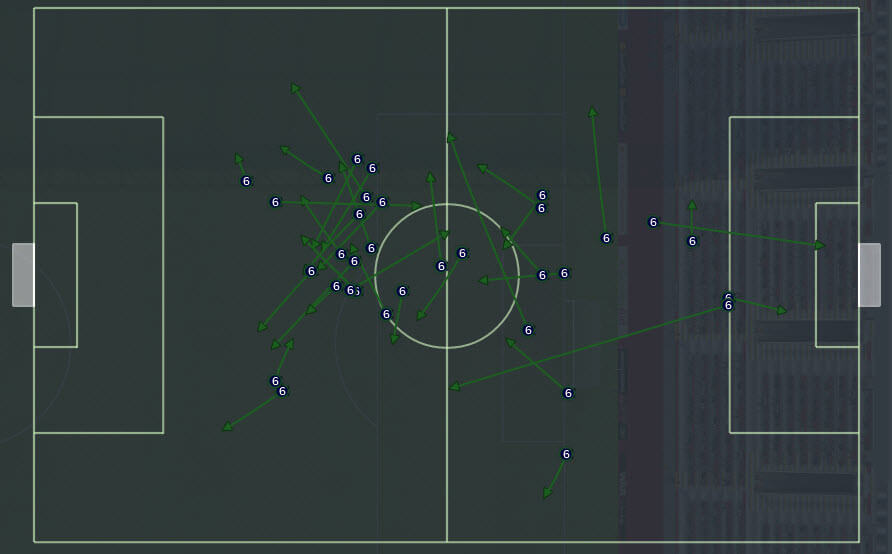 54 minutes gone and Bart Ramselaar finds Jetro Willems with a neat ball over the defence, the fullback’s shot is well saved by Mulder. From the breakaway, Zeneli finds Reza in the box but his header floats over the crossbar.

Another freekick from Davy Propper on the hour mark sails harmlessly wide. Siem de Jong comes off the bench for his debut replacing his brother Luuk. Siem de Jong almost makes an instant impact as his shot from 20 yards forces a great save from Erwin Mulder.

Some neat build-up play sees Arias with the opportunity to cross from the right, his cross finds de Jong who volleys straight at the goalkeeper. The corner comes to nothing and PSV take the opportunity to bring on Olexandr Zinchenko for Gustavo Pereiro.

Some more fine passing sees de Jong play in Guardado but his blocked shot trickles out for a corner on 79 minutes. The corner is poor and sees a Heerenveen breakaway with Zeneli’s cross just missing Veerman by inches.

As the game trickles to a close Zinchenko flashes a shot across goal but the goalkeeper was never troubled. The final whistle sounds to confirm a fourth consecutive league victory for PSV.

Another comfortable game for PSV. Yet again, long shots remain an issue. Tactical familiarity is almost completely built up so we’ll need to assess this very closely and see where the issue lies. 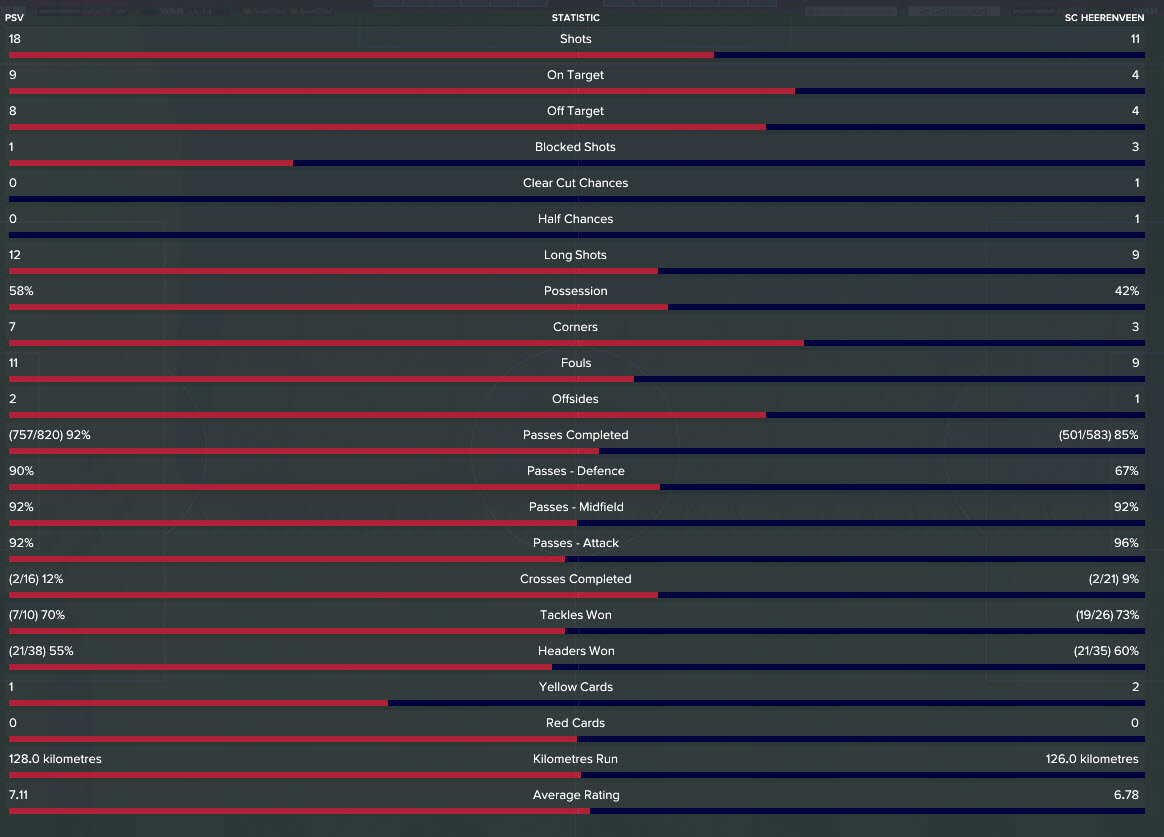 One man I’d like to highlight is Jorrit Hendrix. He’s doing a lot of the donkey work for us, as highlighted by the map showing where he has gained possession. He’s a godsend sitting in front of our back four! 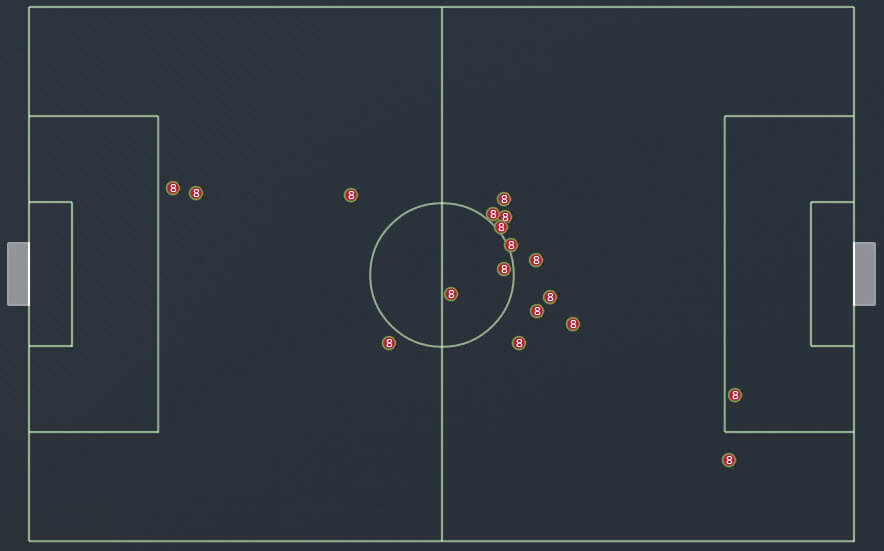 A trip to 15th placed Roda JC as PSV look continue their 100% start to the season.