The pre-match odds give us the slight edge as we’re down as evens favourite. The draw and Feyenoord are both priced at 11/5.

Dirk Kuyt is the key player picked out in our scouting report, however he seems to draw a lot of fouls – we’ll mark him tightly and close him down but encourage normal tackling.

Kenneth Vermeer remains the only player unavailable for Feyenoord. 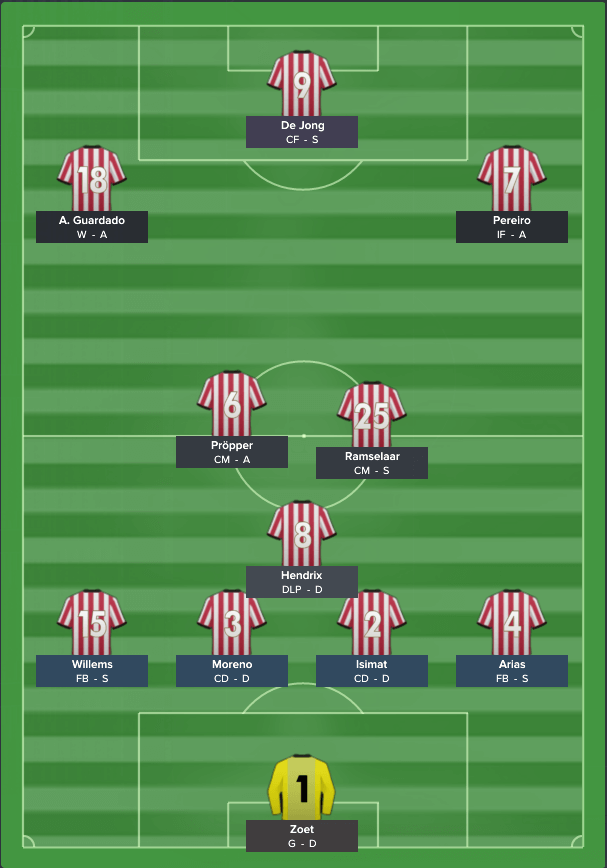 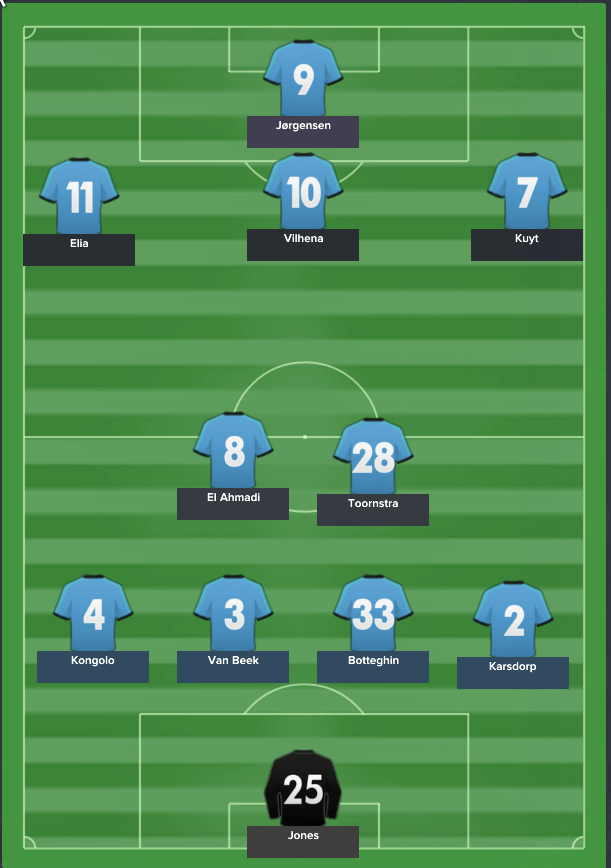 It takes 8 minutes for the ball to hit the back of the net, Luuk De Jong finds Bart Ramselaar on the edge of the area and he strikes low to give PSV the lead. 1-0 PSV. 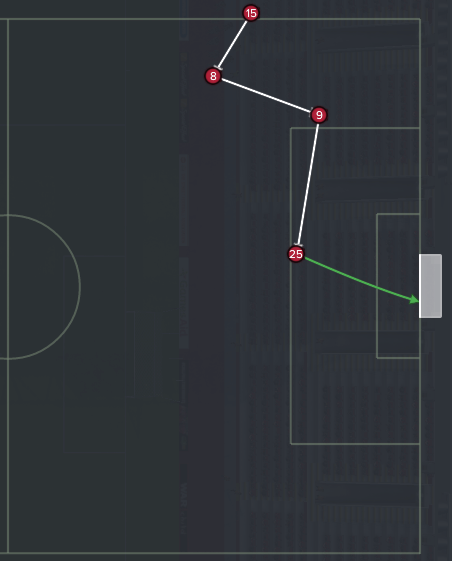 Both sides continue to trade blows until PSV find themselves in a quick counter attack on 22 minutes as Gaston Pereiro races forward to pull the ball back, Davy Propper is on hand to slot the ball home. 2-0 PSV. 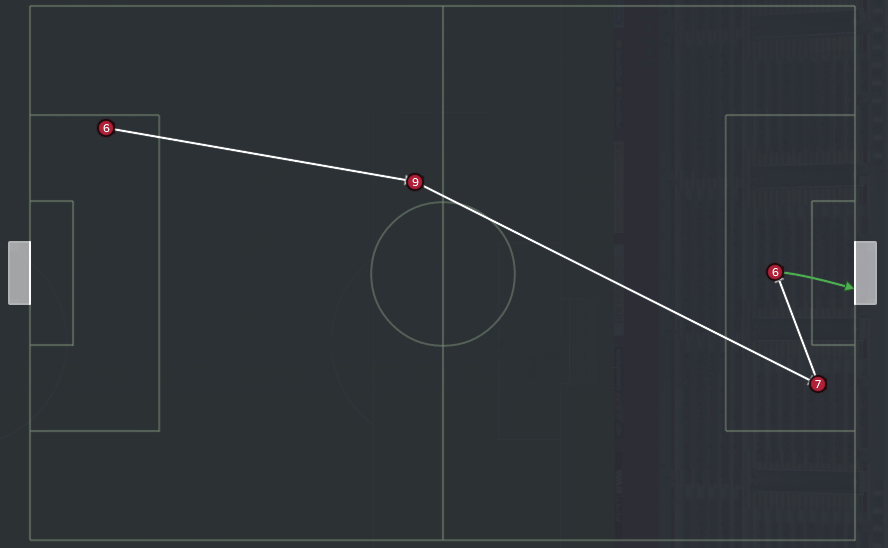 PSV now move into the driving seat in the game and look dangerous every time we go forward.

Two shots on target and two goals. Normally I’d be panicking but we’re in control and we have to consider who the opposition is here! 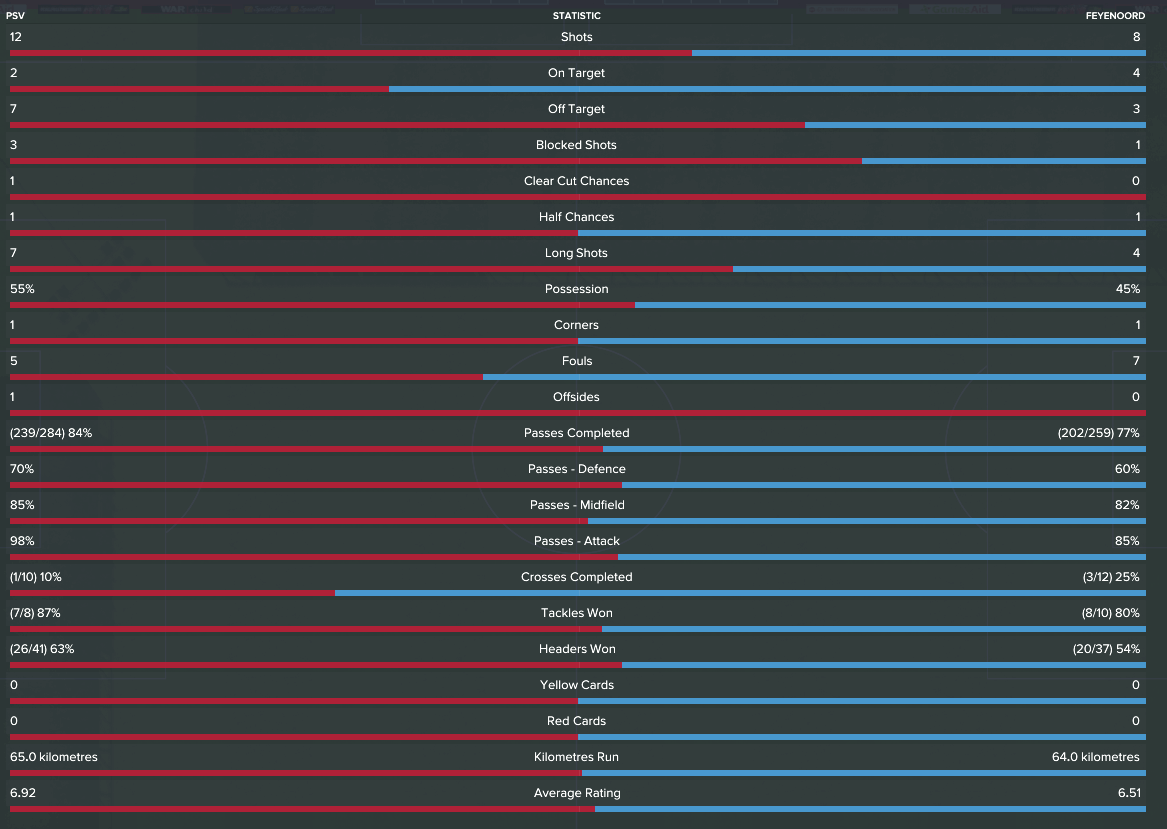 The second half continues as the first half ended – PSV in control. De Jong heads wide just minutes into the second half.

With 20 minutes to go, Feyenoord begin to threaten. The decision is made to go more conservative and see out the win. Daniel Schwaab replaces Santiago Arias on 71 minutes, Jorrit Hendrix is switched to an Anchor Man role and Andres Guardado goes from (Attack) to (Support). The mentality is now Defensive.

On 83 minutes Davy Propper has a chance to kill the game off as the ball falls at his feet in the box but the midfield maestro hits over the bar.

Feyenoord can’t find their way back into the game and it finished 2-0 to PSV!

The stats aren’t so pretty. We dominated possession and passed well but only managed to get 3 of 19 shots on target, 10 of those were classed as long shots. It’s a victory against tough opposition so despite the stats we are delighted. 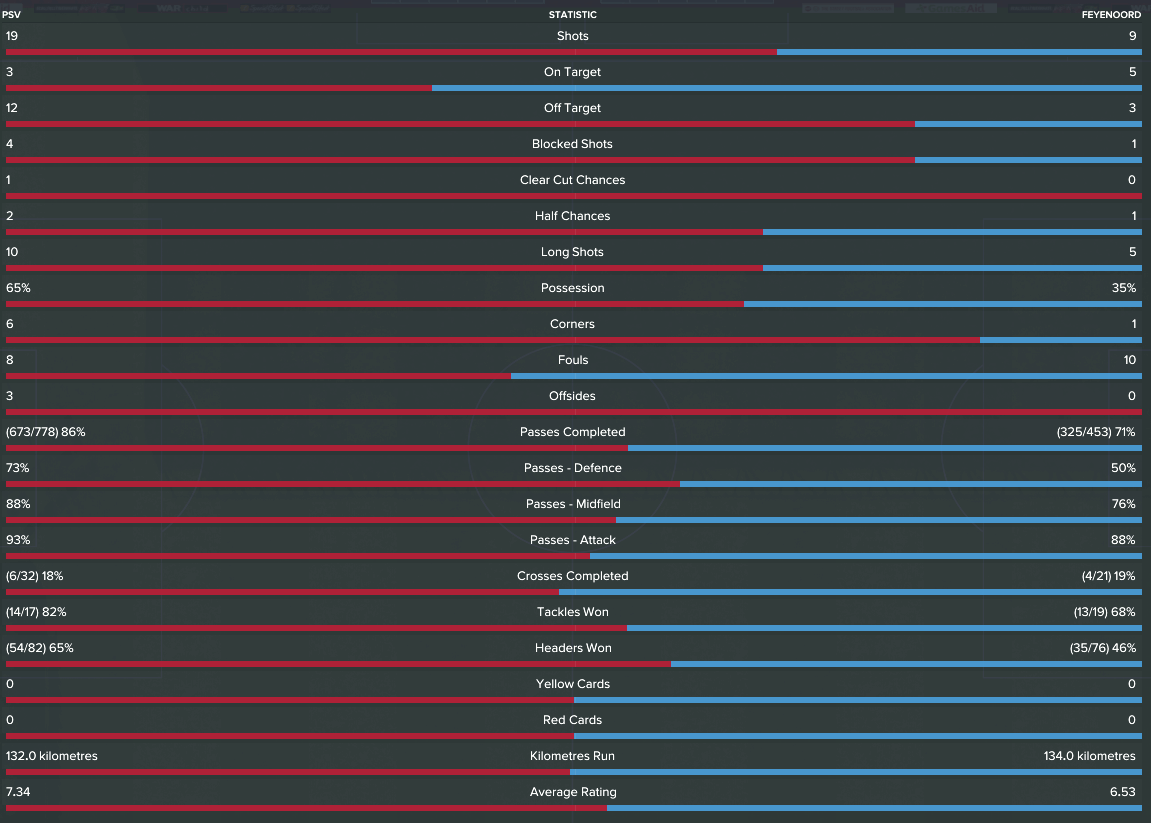 It’s a third home fixture in a row as sc Heerenveen come to Eindhoven with only 1 point from their opening 3 matches.