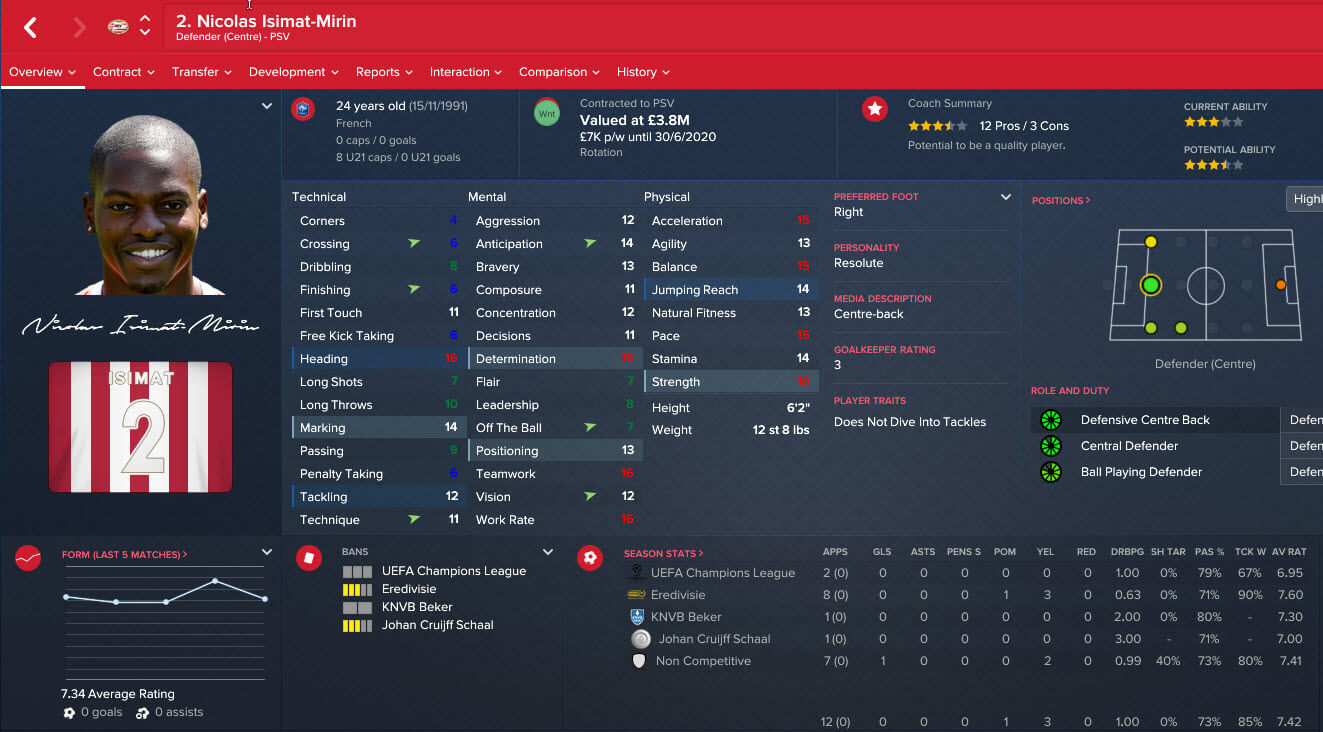 Isimat-Mirin is a 24 year old defender capable of playing anywhere across the defence but his strongest position is as a central defender. Isimat-Mirin is capped at U21 level for France but is yet to make his senior international debut. He was signed from Monaco in the 2015/16 season having spent the previous season on loan with PSV.

A resolute personality is a definite positive point for the big centre back. Isimat-Mirin’s real technical strength is in his heading with notable ratings for marking, tackling, first touch and technique. Mentally Isimat-Mirin shows himself to be a team player with high numbers in teamwork and work rate along with a 15 for determination. Nicolas is a big physical presence at 6’2” with impressive attributes in acceleration, balance, pace and strength.

Nicolas performs his defensive duties well averaging 77% headers won, 85% successful tackles and 73% pass completion across all competitions. He has picked up 3 yellow cards this season so far but this is part and parcel of the role he plays within the team. No goals so far for the big centre back but we’ll look at his role in offensive corners over the coming weeks as his presence there could be better used.

Nicolas covers an impressive amount of ground for a defender and his 7.42 average rating reflects his worth to the team. 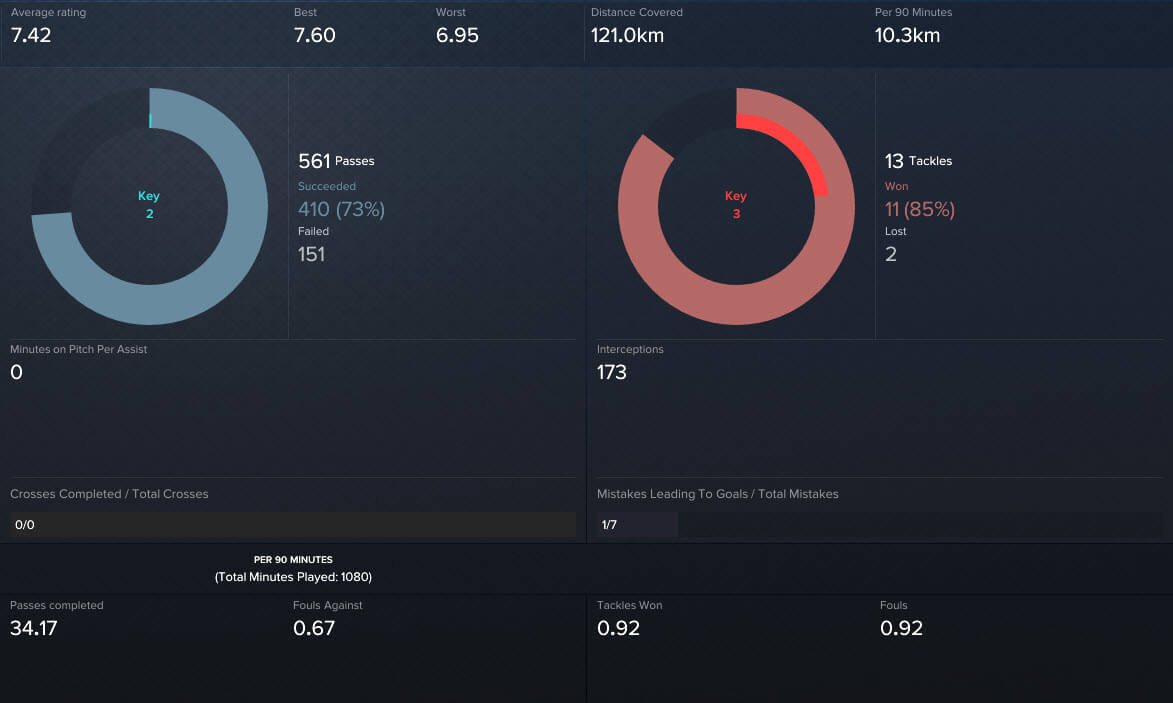 Nicolas enjoyed his highest performance rating in PSV’s 4-0 win over Go Ahead Eagles. 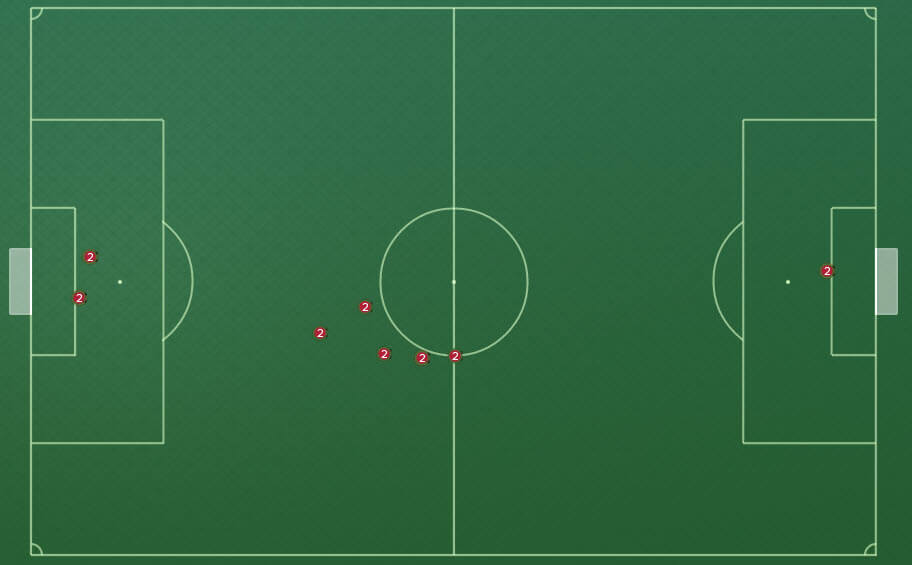 He also managed 7 interceptions and blocked a shot during the 90 minutes proving vital to keeping that clean sheet. 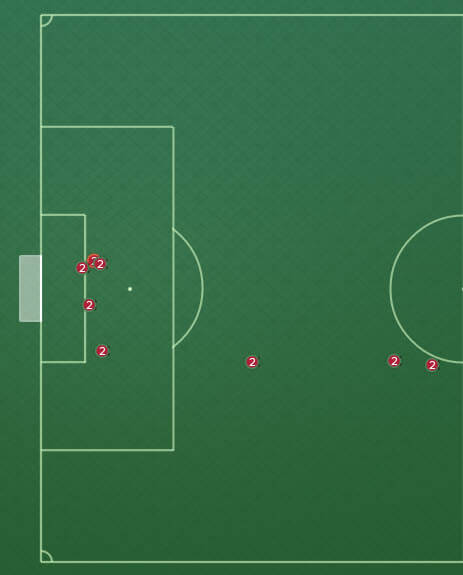 Nicolas is a handful on a physical level but there is plenty of room for development on his technical attributes. A lot of concentration will be placed on his marking and tackling ability, handily he already possesses the trait not to dive into tackles.

Isimat-Mirin is ably partnered in defence by Mexican international Hector Moreno, Moreno is the more creative of the two and takes on the responsibility of playing out from the back due to his high passing attribute.

The main back up option in defence is 20 year old Damian van Bruggen, a Dutch native who started his career at Almere City before a move to Ajax in 2011/12. Failure to break through into the first team at Ajax led to Damian’s move to Eredivisie rivals PSV at the start of this season. 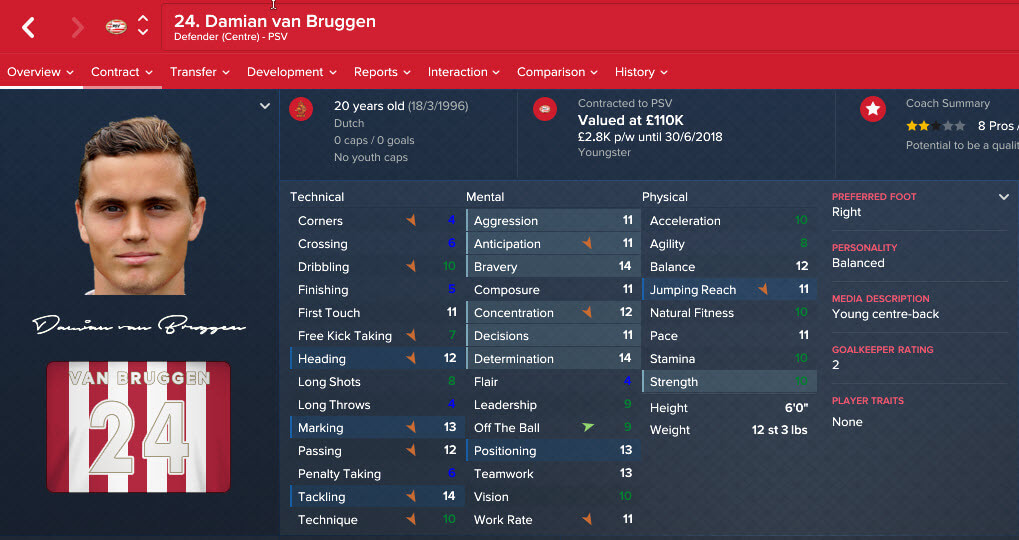