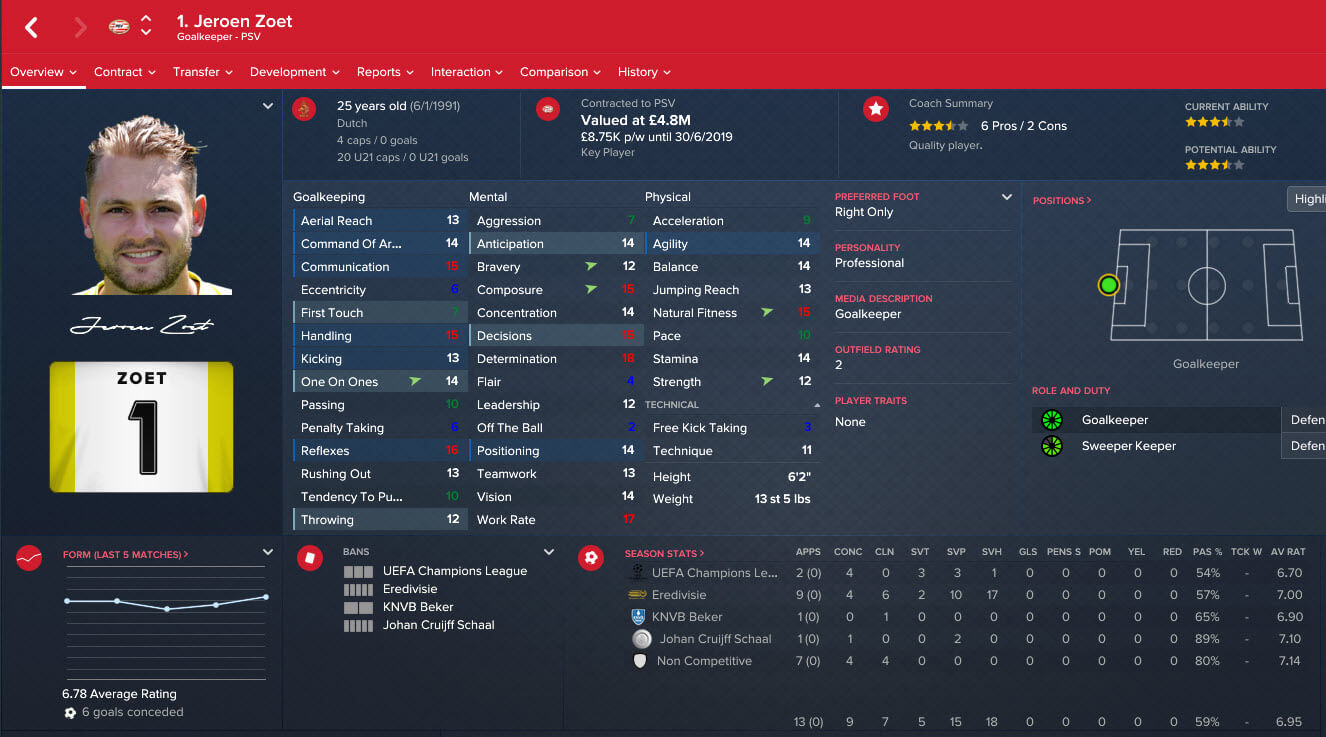 Jeroen Zoet is our custodian between the sticks. A 25 year old with 4 international caps to his name, Zoet has been at the club for his entire career having established himself as first choice goalkeeper in the 2013/14 season.

Zoet possesses a Professional personality, one of the must haves for football managers. His technical strengths come in his Communication, Handling and Reflexes. Mentally he is well rounded for his position with decent ratings in Composure, Decisions, Determination and Work Rate. Physically he is fairly agile and his 6’2” frame lends itself to a reasonable Jumping Reach.

6 clean sheets in 9 league appearances with a further clean sheet in our only KNVB Beker match to date. A total of 9 goals conceded in his 13 competitive appearances this season, very impressive when you consider those goals were scored in only 6 matches.

Zoet has saved 81% of the 47 shots he has faced, managing to hold 18 of those ensuring no rebound falls into dangerous territory. A total of 298 passes attempted but disappointingly only 59% of those were successful.

Zoet’s performance in PSV’s 2-0 league victory over Feyenoord was a heavy contributing factor to the end result. Zoet faced 5 shots, holding 4 and parrying 1 as he kept a clean sheet. Feyenoord’s shot map showing that the chances came from decent positions. 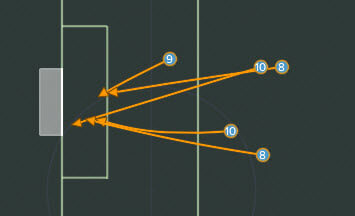 In order to address Zoet’s poor pass completion rate we may look at implementing the Player Instruction of passing short to a central defender or full back. To help with this we’ll also look to improve Zoet’s passing attribute form its current 10 and potentially also his first touch of 7 to enable him to be more comfortable receiving the ball at his feet and not leading to any panicked clearances. Another change that might help would be to encourage Zoet to avoid using his weaker foot – a player trait we may consider asking him to learn.

One problem we face is that Zoet has picked up a sports hernia injury that will rule him out for the next 3 to 4 weeks.

Zoet has an able deputy in the form of Hidde Jurjus, a 22 year old signed from De Graafschap at the end of last season. Jurjus has played in one match in Zoet’s absence, saving three of four shots faced in a 2-1 Eredivisie victory over AZ. 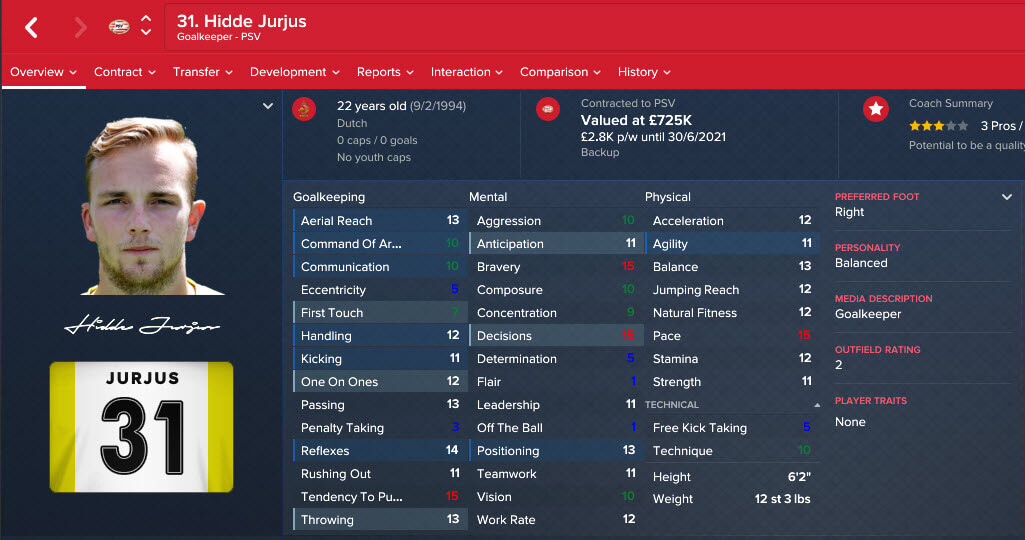