After that fine result against Twente, the bookmakers have shortened our odds to 1/2 for this fixture.

Santiago Arias is suspended for PSV and Menno Koch is still a bit away from match fitness. A massive blow days before the fixture as first choice stopper Jeroen Zoet is diagnosed with a hernia that will keep him sidelined for a number of weeks.

The visitors have injury concerns of their own with Jop van der Linden ruled out with a hip injury and goalkeeper Tim Krul subject to a late fitness test.

AZ’s strength is definitely in defence, having only conceded 9 goals in their previous 10 league fixtures. Ron Vlaar is the stand out performer in this area, we’ll look to avoid shoulder to shoulder battles with the behemoth Vlaar and instead attempt to take advantage of his lack of pace. 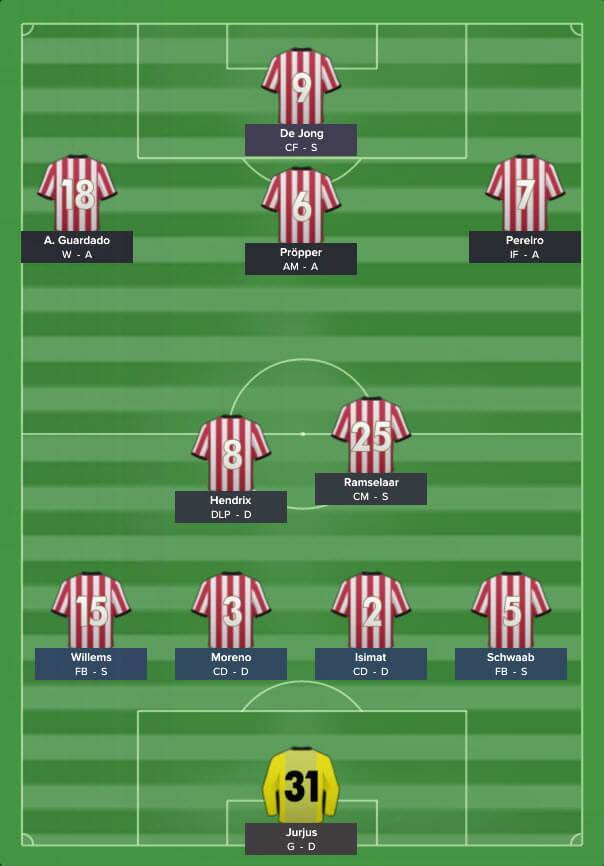 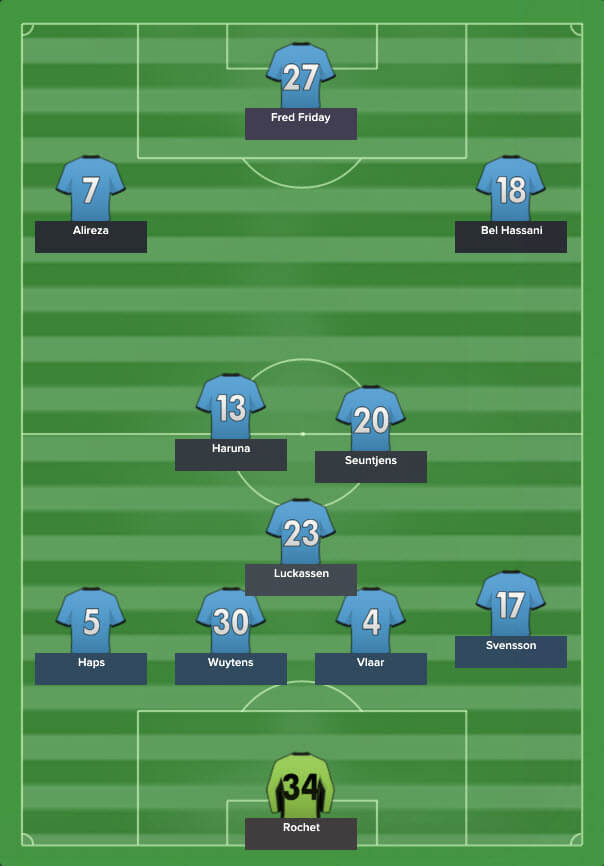 AZ have the first chance of the game as Luckassen’s free kick rattles the woodwork on 17 minutes, Moreno clears the danger.

PSV have an attack of their own on the half hour mark when Propper, Ramselaar and Guardado link up nicely around the opposition box. Propper is freed into the 18-yard box but his shot is pulled just beyond the post.

2 minutes later and AZ take the lead Bel Hassani’s cross from the right is side footed into the net by Fred Friday, taking advantage of some slack PSV marking. 1-0 AZ.

It’s been a poor first half from PSV who look nothing like the team that knocked five by Twente in the last match. 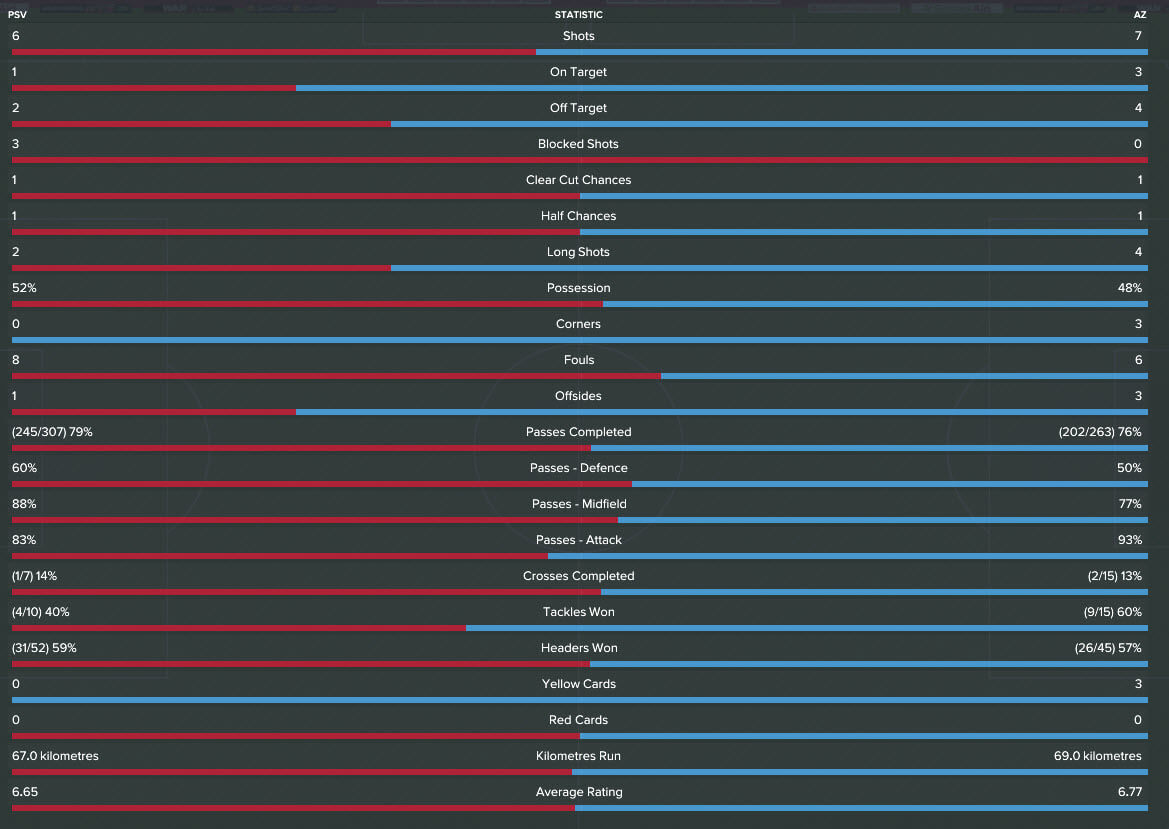 Our shots map shows an issue in that only 1 of our 6 shots was by our lone striker Luuk de Jong. 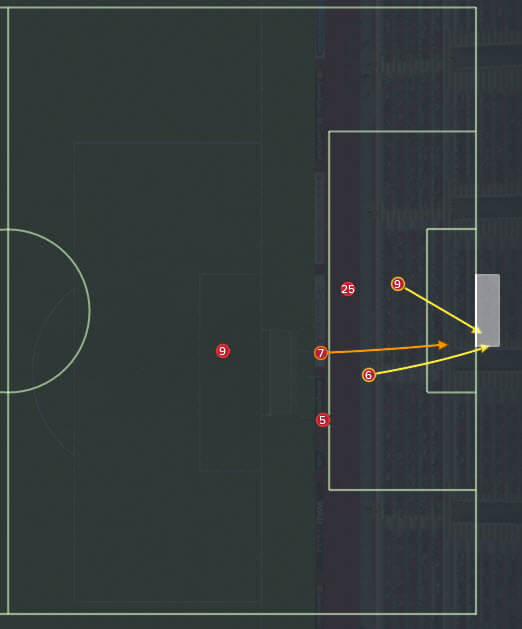 A tactical switch to 2 strikers as we return to our previously attempted 4-3-1-2, hopefully this will provide us with better movement and options around the final third. Lammers and van Ginkel replace Guardado and Hendrix. 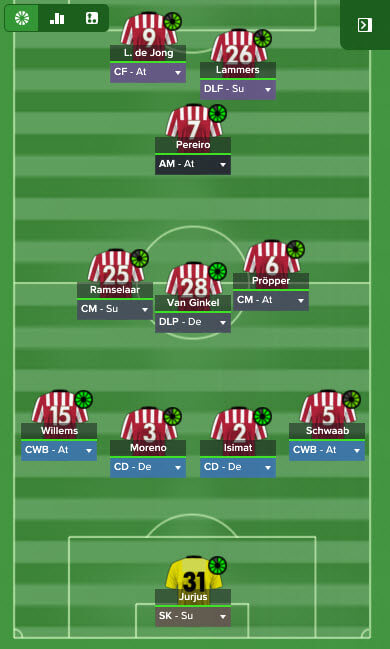 The impact is almost instantaneous as Van Ginkel picks up the ball centrally and plays it wide to Schwaab who has advanced to the right wing area. Schwaab’s cross ball is volleyed home by Gaston Pereiro. 1-1. 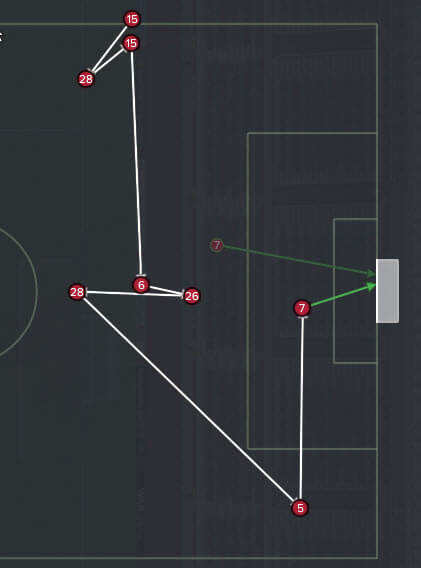 A de Jong switch on 68 minutes as Siem replaces Luuk to lead the line.

In the 80th minute, PSV recover possession midway into their own half. A swift breakaway leaves Gaston Pereiro bearing down on goal with a decoy run by Propper to his right. The chance opens just enough for Pereiro to fire high into the corner of the AZ net to complete the perfect comeback! 2-1 PSV! 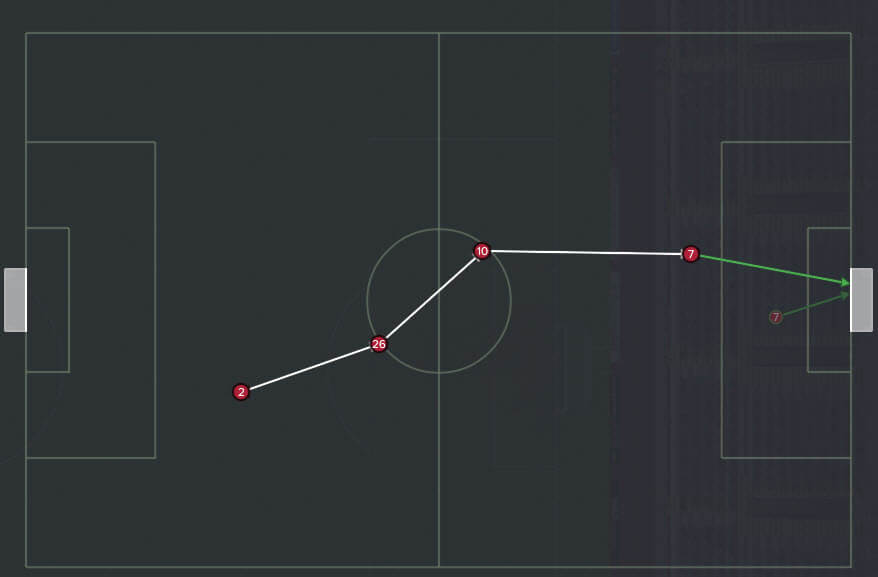 A more successful second half but it proves there is yet work to be done with this team. 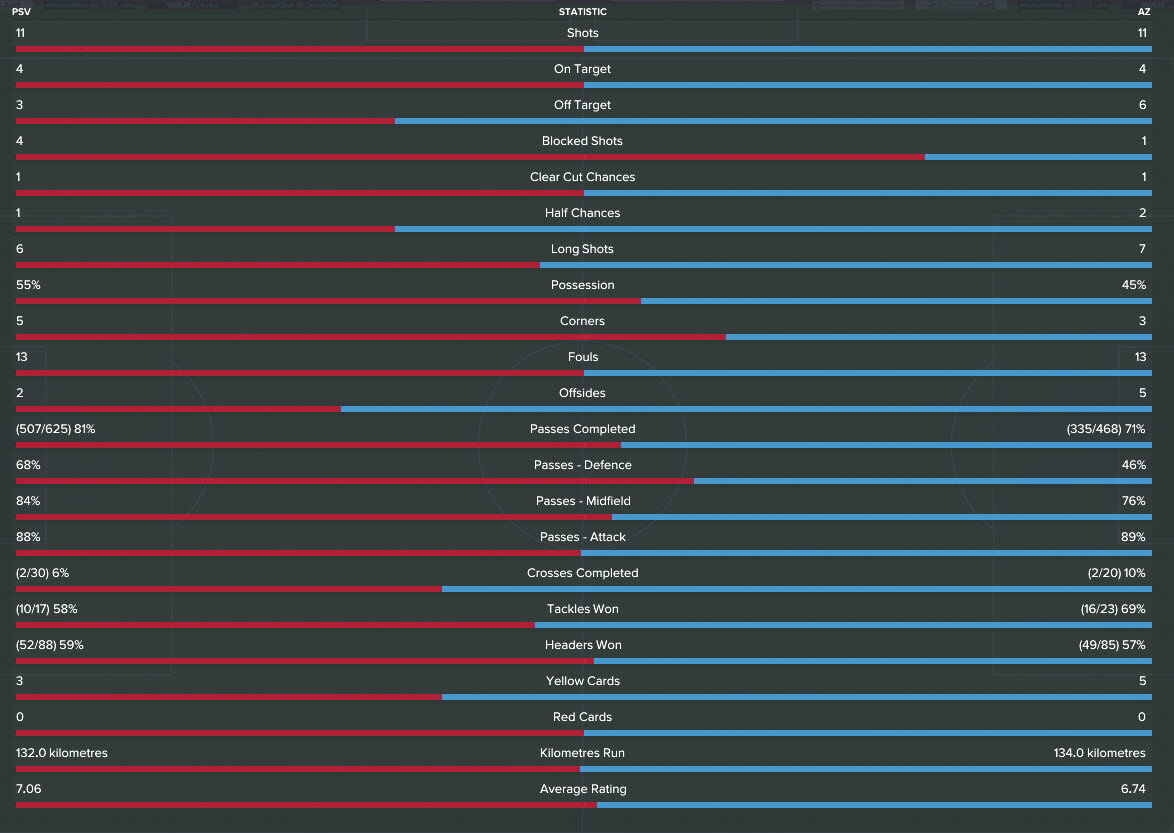 Pereiro’s move to the centre of the pitch for the second half really paid off with his two goals. 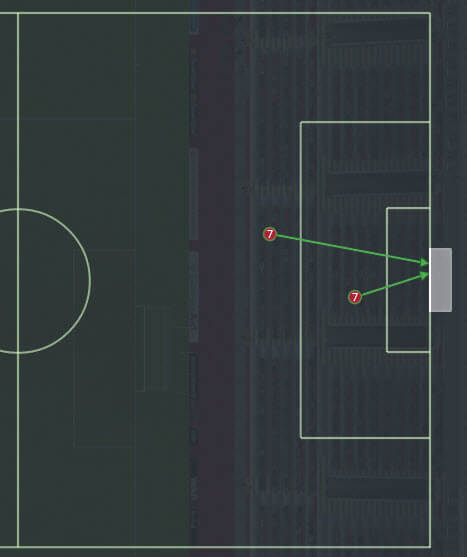 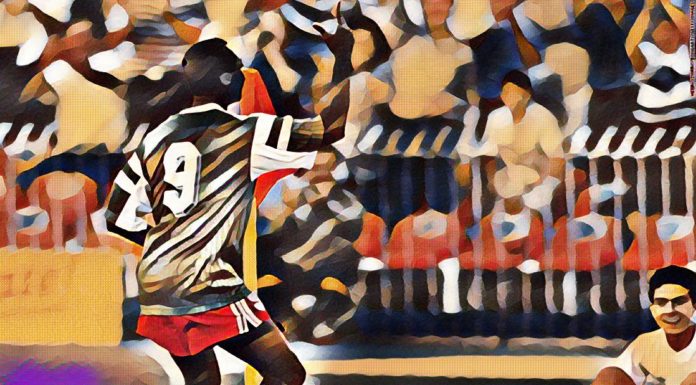