PSV are the underdogs today with odds of 11/5 away to Napoli.

Napoli are without the injured Emanuele Giaccherini and Lorenzo Tonelli while Raul Albiol and Piotr Zielinski remain doubts.

Menno Koch is ruled out for PSV and Marco van Ginkel is still unlikely to feature.

Arkadiusz Milik has been picked out as the dangerman. He’ll get the usual treatment of closing down and tight marking. We’ll not encourage any particularly hard tackles though as we don’t want to risk fouling in or around the box.

On the back of the embarrassing defeat to Vitesse and given we are away in Europe here, we have reverted to our original 4-1-2-3 shape. 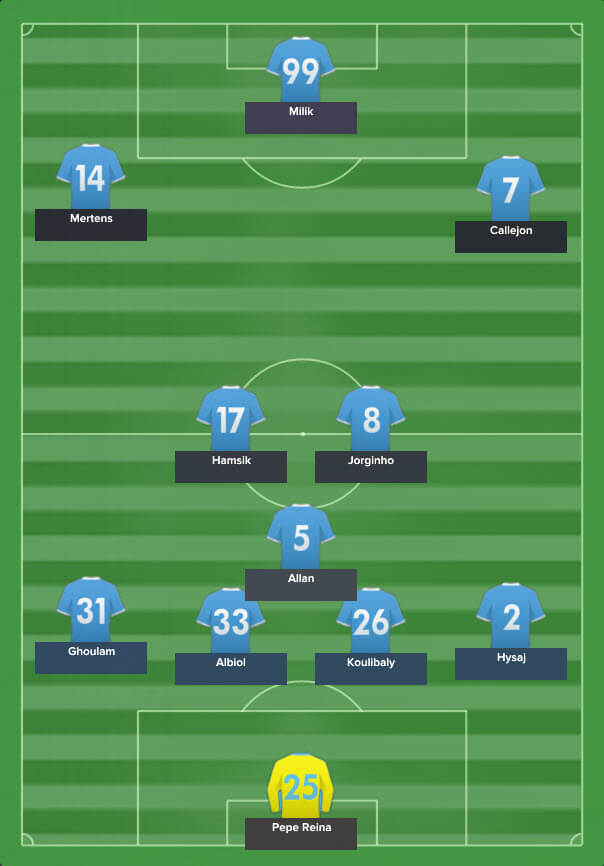 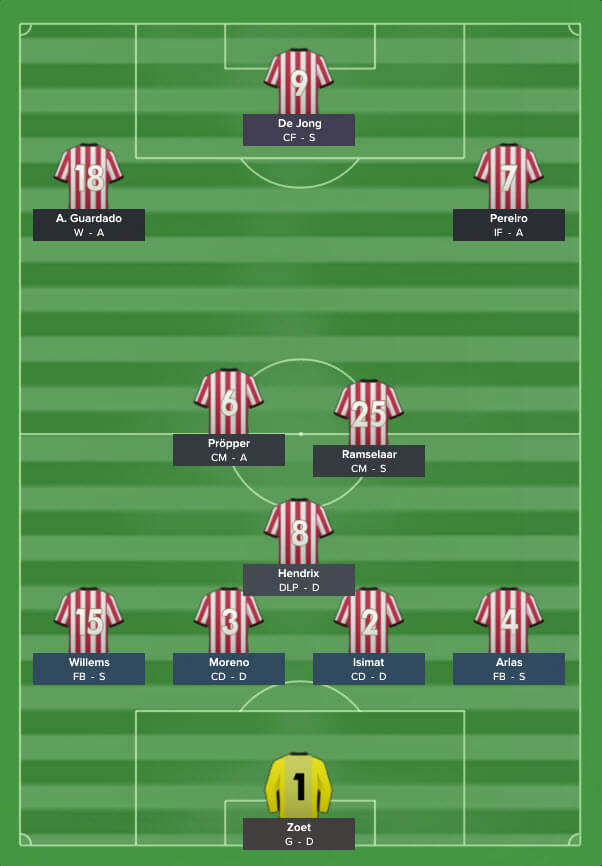 A lightning start from Napoli as Dries Mertens strikes from 25 yards in the 2nd minute of play but Zoet gets a strong hand to it. Mertens gets another chance just a minute later and makes no mistake as he strikes low at the near post beyond Zoet. 1-0 Napoli.

Mertens continues his assault on PSV as he strikes again on 10 minutes and Zoet can’t keep it out. 2-0 Napoli.

The game goes quiet until 5 minutes from the break when Mertens picks the ball up again outside the box. As the PSV fans wince his effort skies harmlessly over the bar. Just before the half ends PSV finally get a sight on goal as Luuk de Jong tees up Gaston Pereiro but Pepe Reina is equal to it and forces a corner which comes to nothing.

Well, that was horrific. PSV will be thankful to have kept the score at two. 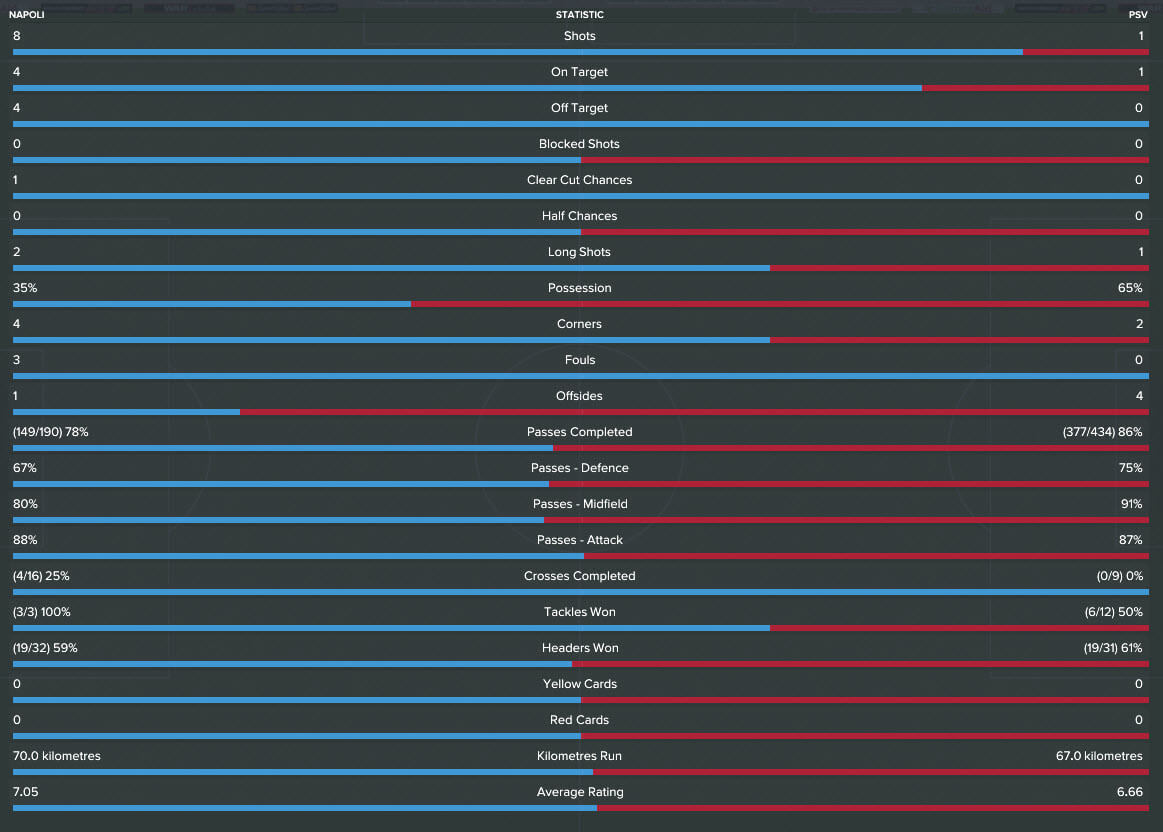 The heat and touch map shows we’re dominating possession in the midfield area of the pitch without ever really threatening. 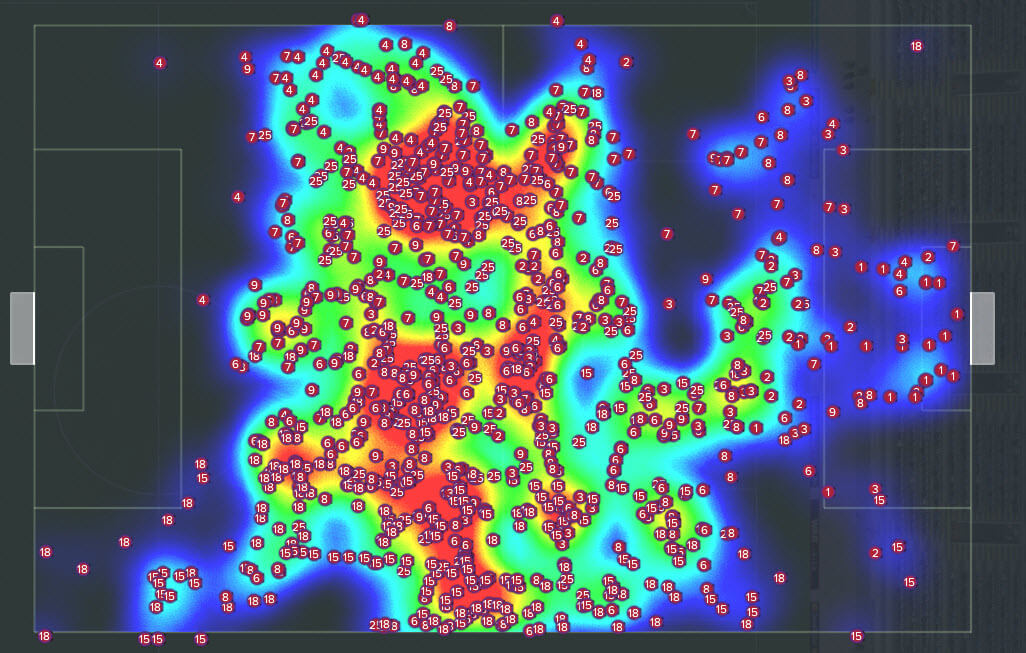 A bit of a strop at half time sees PSV change up the tactic, they need to go for it here. Siem de Jong replaces Guardado. 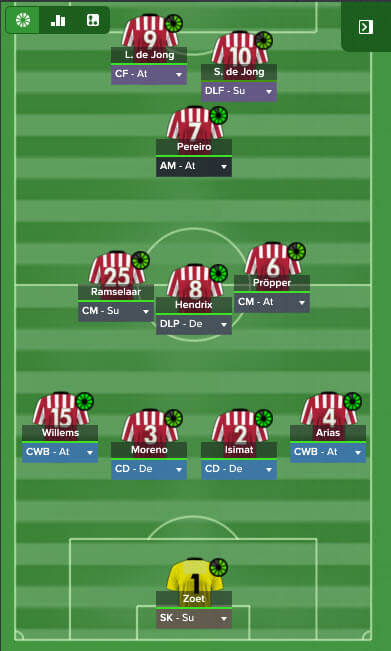 A positive start from PSV, winning a free kick on the edge of the box. Luuk de Jong can’t get his effort on target though. It doesn’t last though as the action fizzles out. Nothing of note until Lorenzo Isigne’s long range effort on 74 minutes.

79 minutes in and Luuk de Jong crosses from wide, his ball in takes a deflection and Pepe Reina just manages to get fingertips to it to keep his clean sheet. A minute later PSV play some delightful football leading to a cross from Arias on the right wing, however, Davy Propper’s shot is hit straight at Reina.

Napoli deliver the final blow on 83 minutes as Jose Callejon is played into the box and fires home for 3-0.

It was always going to be a difficult game for PSV but they’ll be disappointed in the manner they lost this one. 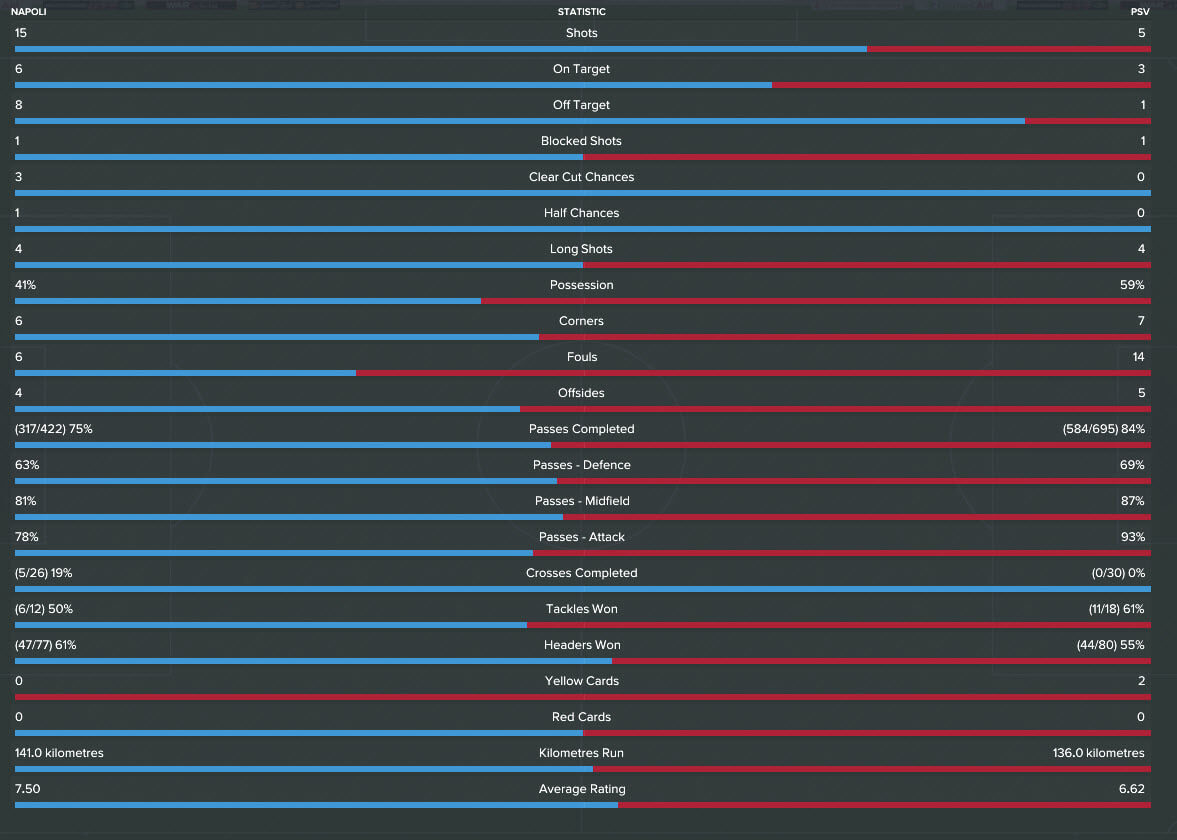 21 crosses, none successful. A telling part of our profligacy today.

A third consecutive away fixture – this time PSV travel to FC Twente as they look to arrest this poor run of form that is developing.