PSV are billed as favourites despite being away from home. Odds of 4/6 are the best available.

Adnane Tighadouini is picked out as the creative outlet for Vitesse, a player we’ll have to watch very closely. 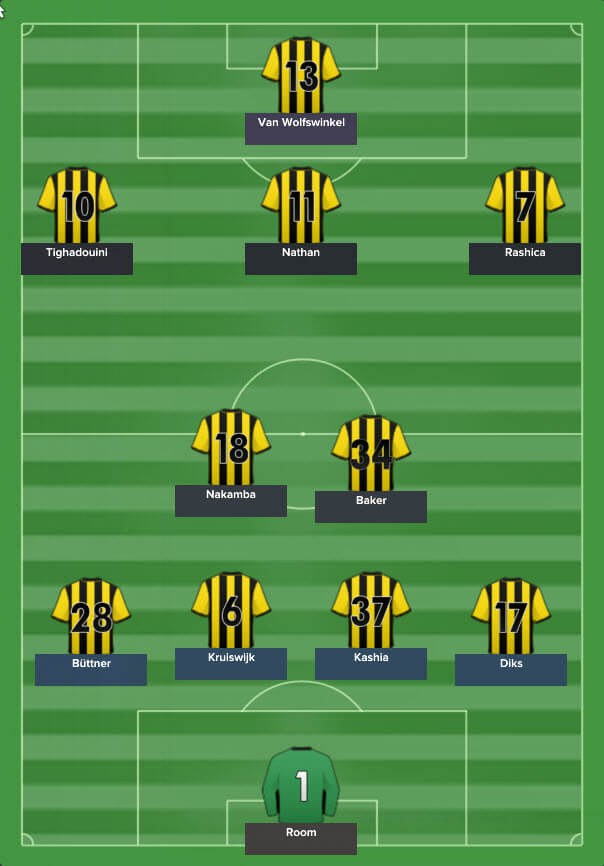 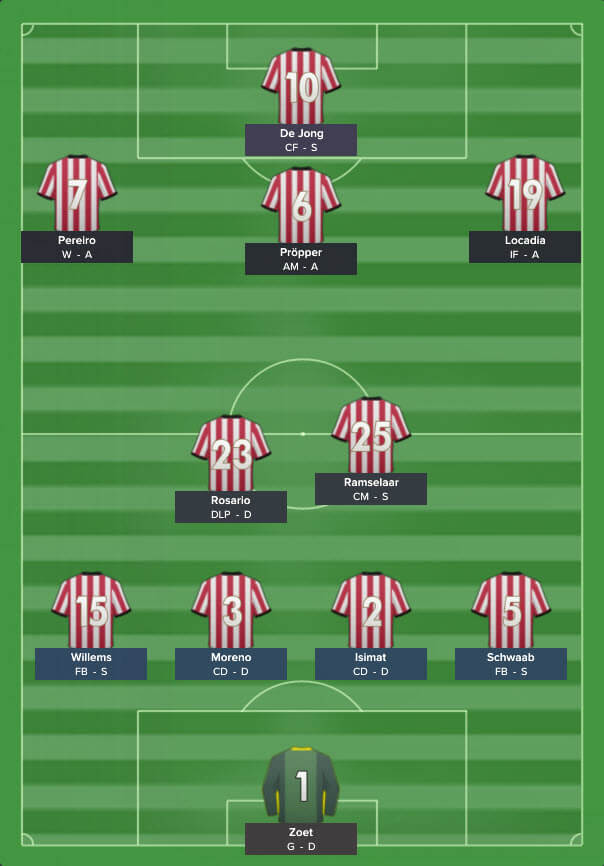 Vitesse have the first chance of the half on 10 minutes after an intricate passing move frees Nathan in the box, the striker’s shot canons off the near post and is cleared.

On 19 minutes Tighadouini breaks from a poor PSV free kick, the winger cuts inside but his shot flies way wide of the target.

Vitesse continue their dominance on 40 minutes when Baker’s free kick strikes the crossbar, the home side recover the ball and van Wolfswinkel is worked into a shooting position but he sees his powerful effort pushed wide for a corner by Zoet.

PSV make a total hash of defending the corner and Arnold Kruiswijk is able to prod home from 2 yards out. 1-0 Vitesse.

PSV haven’t been able to get a foothold in this game at all. 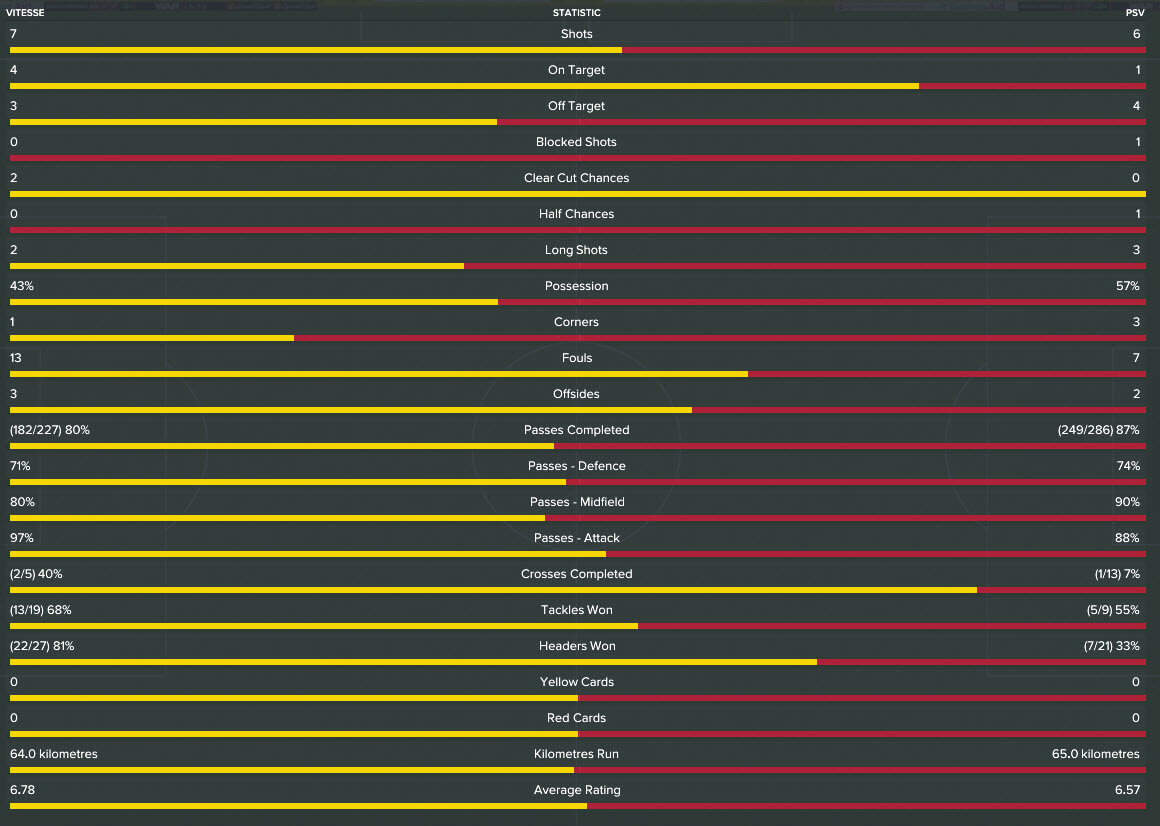 Our plan was to stop Tighadouini but this heat and passes received map shows how ineffective our game plan has been. 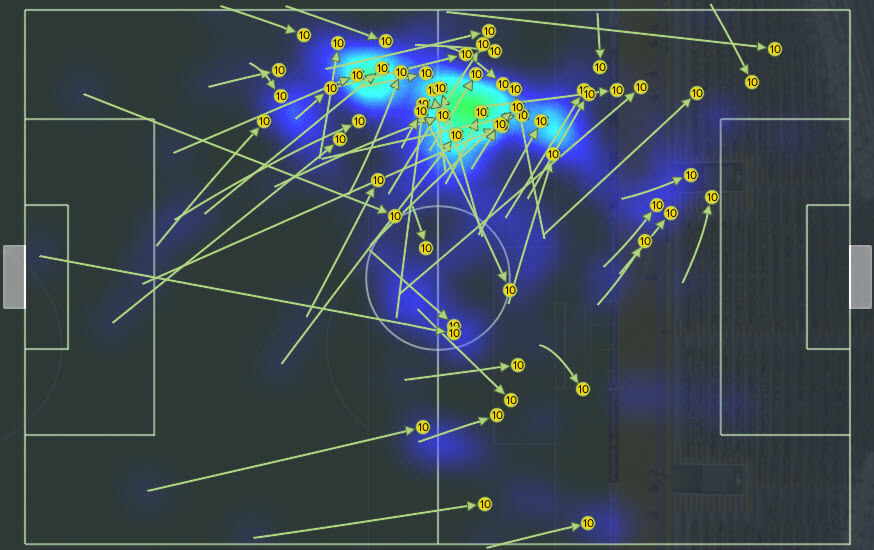 A half time tactical switch in an effort to turn things around. 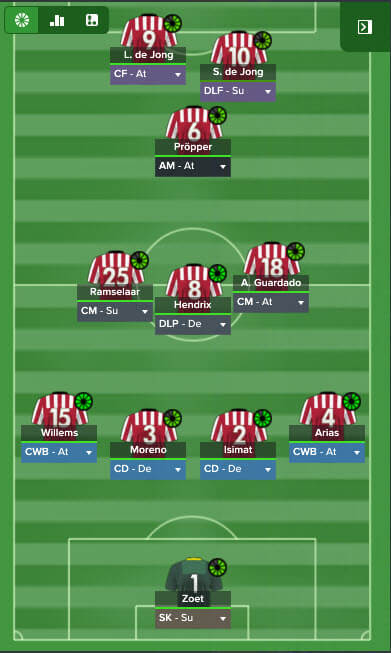 Vitesse come out straight from the off as van Wolfswinkel receives the ball in the box a minute into the half but finds Isimat in his way. The corner is then cleared at the fourth attempt!

PSV nearly get themselves back on level footing on 65 minutes as a curling Luuk de Jong effort crashes against the post.

Vitesse seal all three points in final few minutes as Tighadouini races into the box but squares the ball for van Wolfswinkel to sidefoot home. 2-0 Vitesse.

A shocking performance from PSV, really struggling to make any real mark in the game. 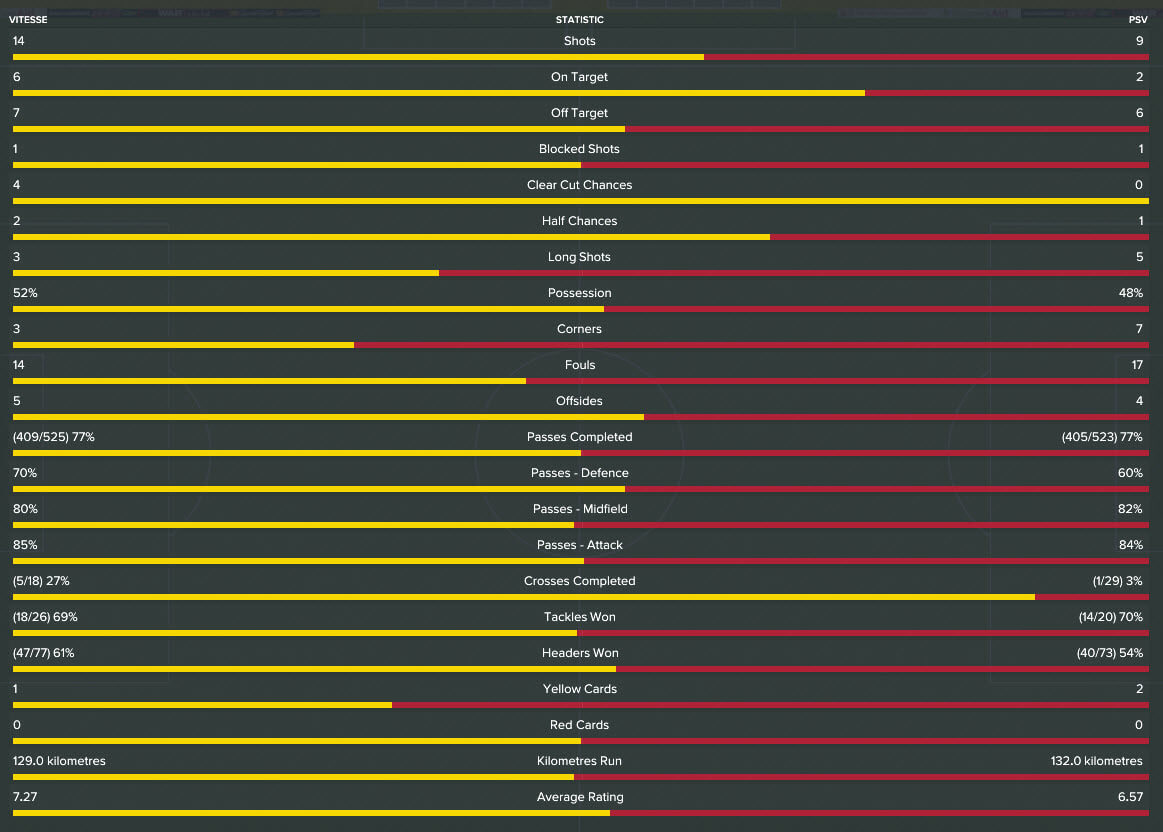 Long shots were again an issue and part of today’s downfall. 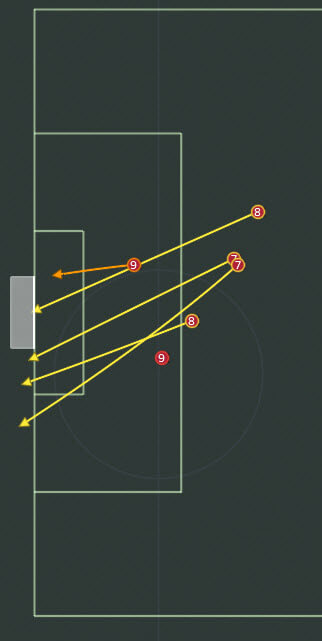 A terrible preparation for the upcoming away fixture against Napoli in the Champions League.