A return to domestic football at home to FC Utrecht. The odds, as ever, are in our favour with prices of 4/6.

Menno Koch and Joshua Brenet remain out for PSV. Marco van Ginkel is on his return to training but will be doubtful to be fit to play yet.

Utrecht’s Sean Klaiber is a doubt with a thigh strain and Yassin Ayoub is suspended.

Midfielder Willem Janssen has been picked out as the creative dangerman for Utrecht – he’ll be marked tightly and closed down at all times to prevent him from having the space to cause problems. Sebastian Haller is on fire in the league with 6 goals in 5 games, he’ll be watched very closely also. 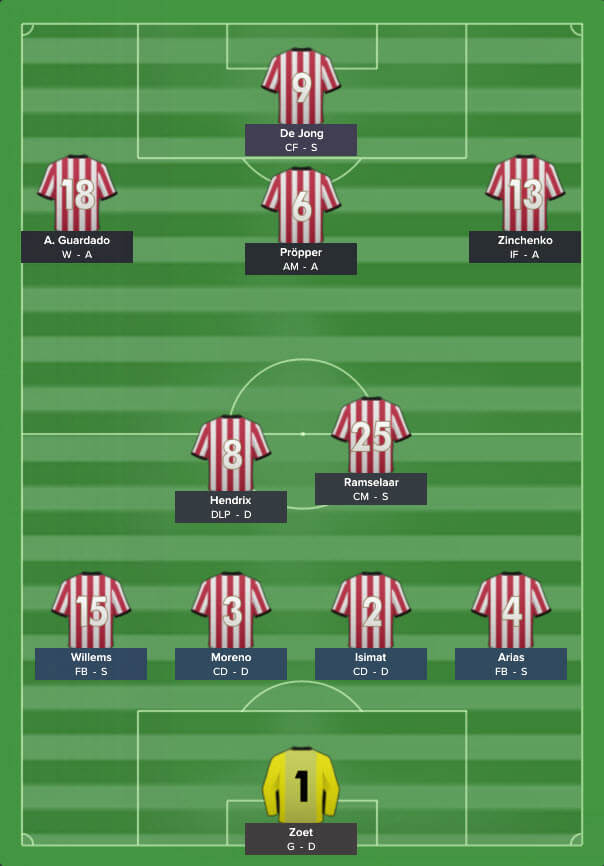 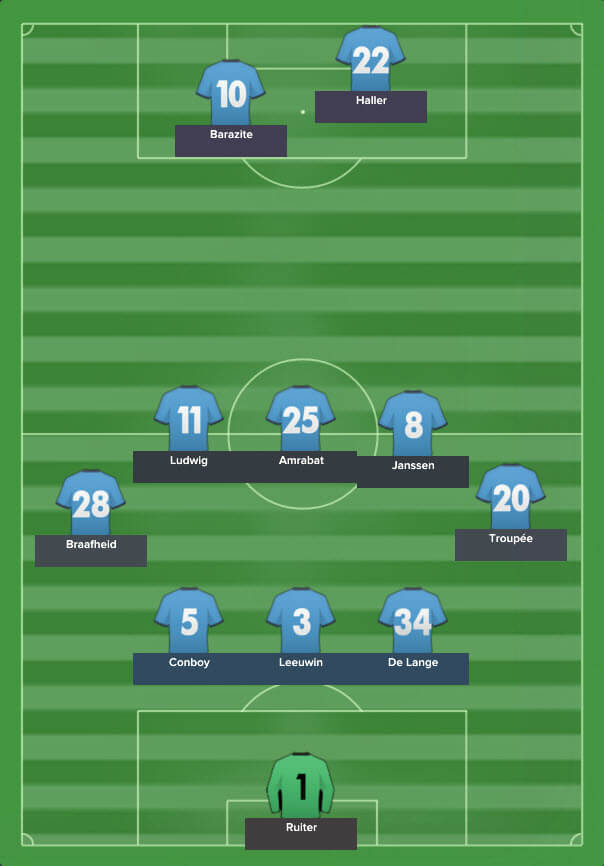 Straight from kick off Guardado takes the ball down the wing and crosses for Luuk de Jong who heads narrowly wide.

On 14 minutes PSV strike! Ramselaar plays a neat ball through to Olexandr Zinchenko who fires high into the net. 1-0 PSV. Minutes later Ramselaar goes close to doubling the lead but his freekick goes inches by the post.

Utrecht equalise on 28 minutes as a long punt forward reaches in-form Haller, via a knockdown, who blasts home from the edge of the box. 1-1.

Guardado delivers a corner into the area on the half-hour mark but Hector Moreno is shoved. A penalty to PSV – Guardado slots it home perfectly for PSV to regain their lead. 2-1 PSV.

Utrecht look to hit back instantly but Amrabat’s shot goes harmlessly wide of goal. Minutes before the break Utrecht almost find the equaliser as Haller’s header crashes against the post.

Utrecht have had more chances but it is PSV who lead. 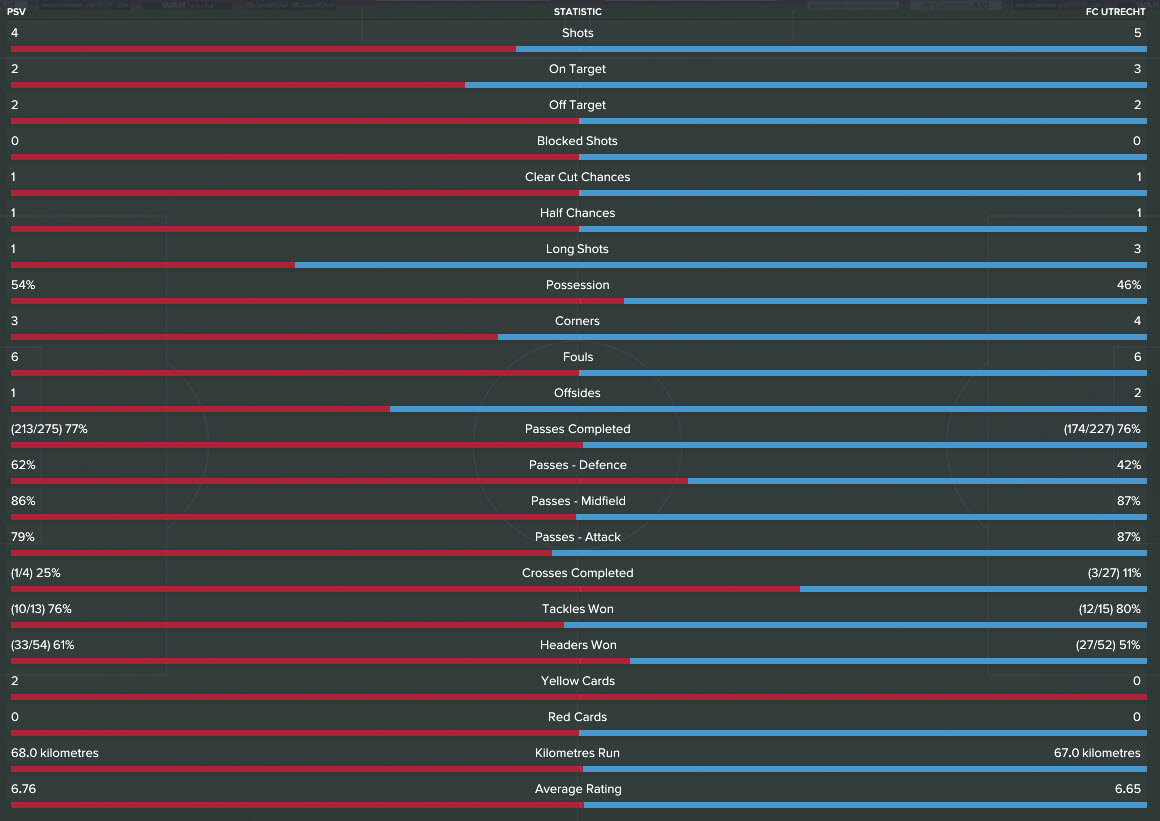 Having a look at our uncompleted passes map it is clear that we need to shorten our passes and focus on retaining possession. 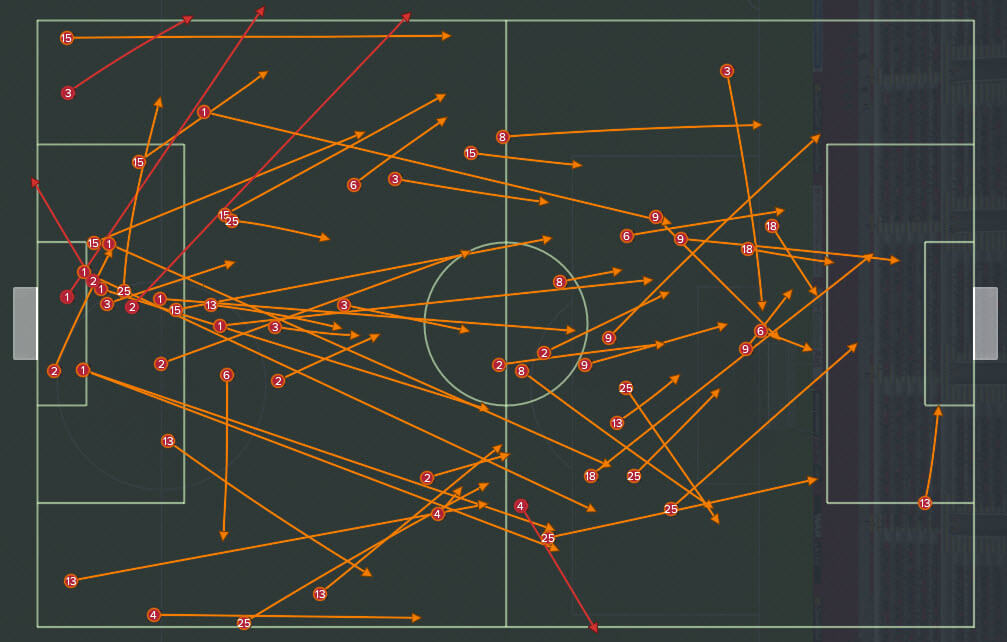 We’ve also reverted to playing Hendrix at DM and pulled Propper back into the midfield. 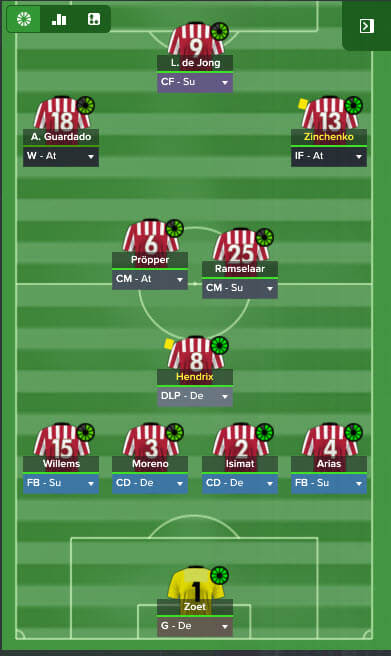 Janssen has the first chance of the second half on 62 minutes but Zoet is up to the challenge and pushes the shot wide. On 69 minutes the ball falls to Zinchenko from a corner but his wayward shot goes far from goal.

All of the chances are from distance as Labyad’s long range attempt is saved on 70 minutes.

The rest of the game fizzles out nicely to confirm a PSV victory. 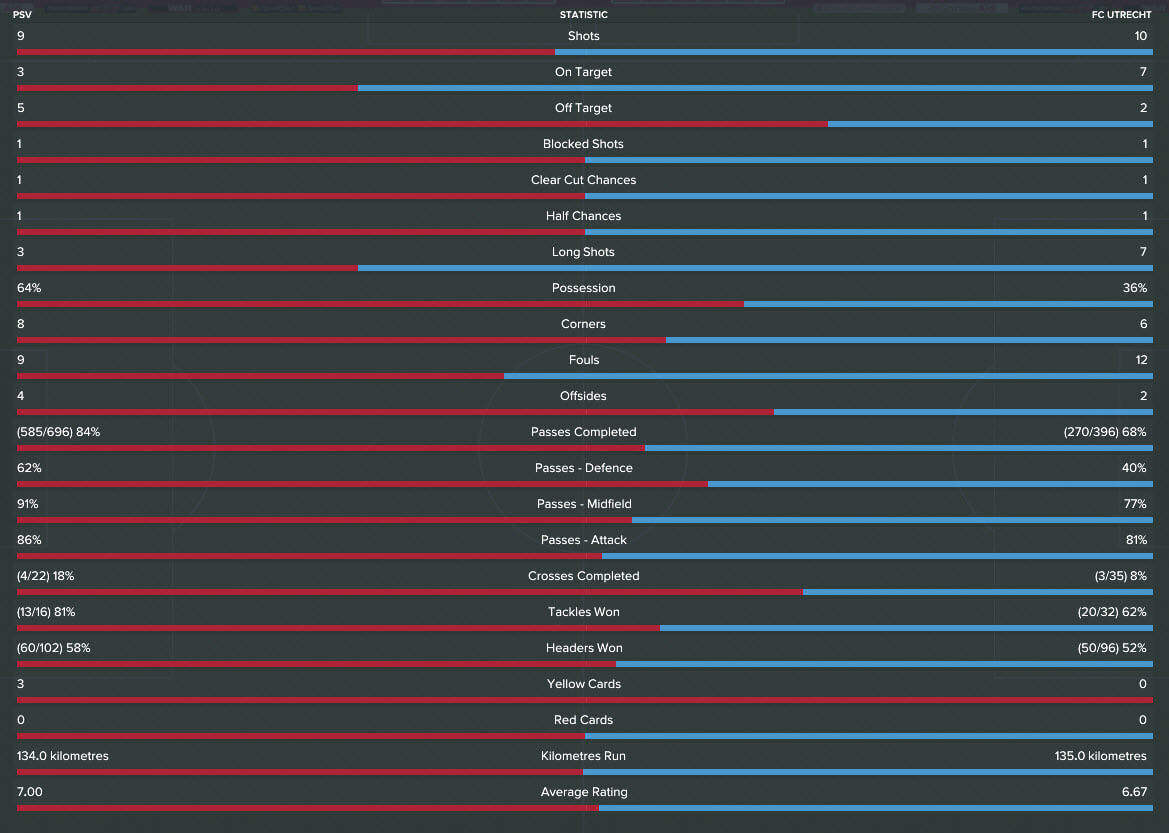 The Utrecht shot map confirms our strategy worked well for the most part. All but one of Utrecht’s attempts were from outside the area. 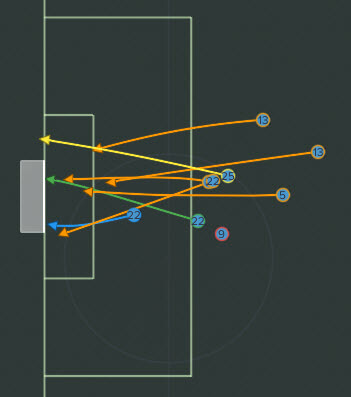 Midweek we have a KNVB Beker 1st Round tie against Tweede Divisie side GVVV.