An almost completely unrecognisable side took to the field as Leiria lost 1-0 away to Penafiel. There has been a vast amount of changes from the side who missed out on promotion last season in what has been manager Bruce Parker’s ‘most challenging’ transfer window.

All ten senior squad members left the club in the summer window and so the management have had to act quickly in order to bring in the new players. Boss, Parker has this to say ‘we ended last season strongly and I thought with one or two more players we could really challenge. That’s when I started to get knocks on my door, players wanting to leave because an offer came in, how can I deal with that.’ The club had already signed some quality young players with the intention to bring them through but now it seems they must step up to help move the team forward.

There were a number of players not needed by the club and whose contracts were not renewed. Left back Kiko became the first to leave in a deal worth up to £135k taking him to Premier League side Ipswich Town. Shortly after the midfield three of Ferreira, Oliveira and Rochinha, who were critical to any success from last season were then taken. The club was heavily compensated but it’s nothing compared to the chance of promotion. Last seasons top scorer Bruno Lopez was the last leading player to leave in a £200k deal to promotion favourites Maritimo. ‘We could have held on to a few players’ said Parker, ‘but if they’re not happy to play for these fans then they can see the door.’

In total Leiria spent around £450k on the 15 new additions, some what funded by the outgoing players. Many of them look to have a good future in the game and if Leiria can gain promotion quickly then they may keep hold of some. 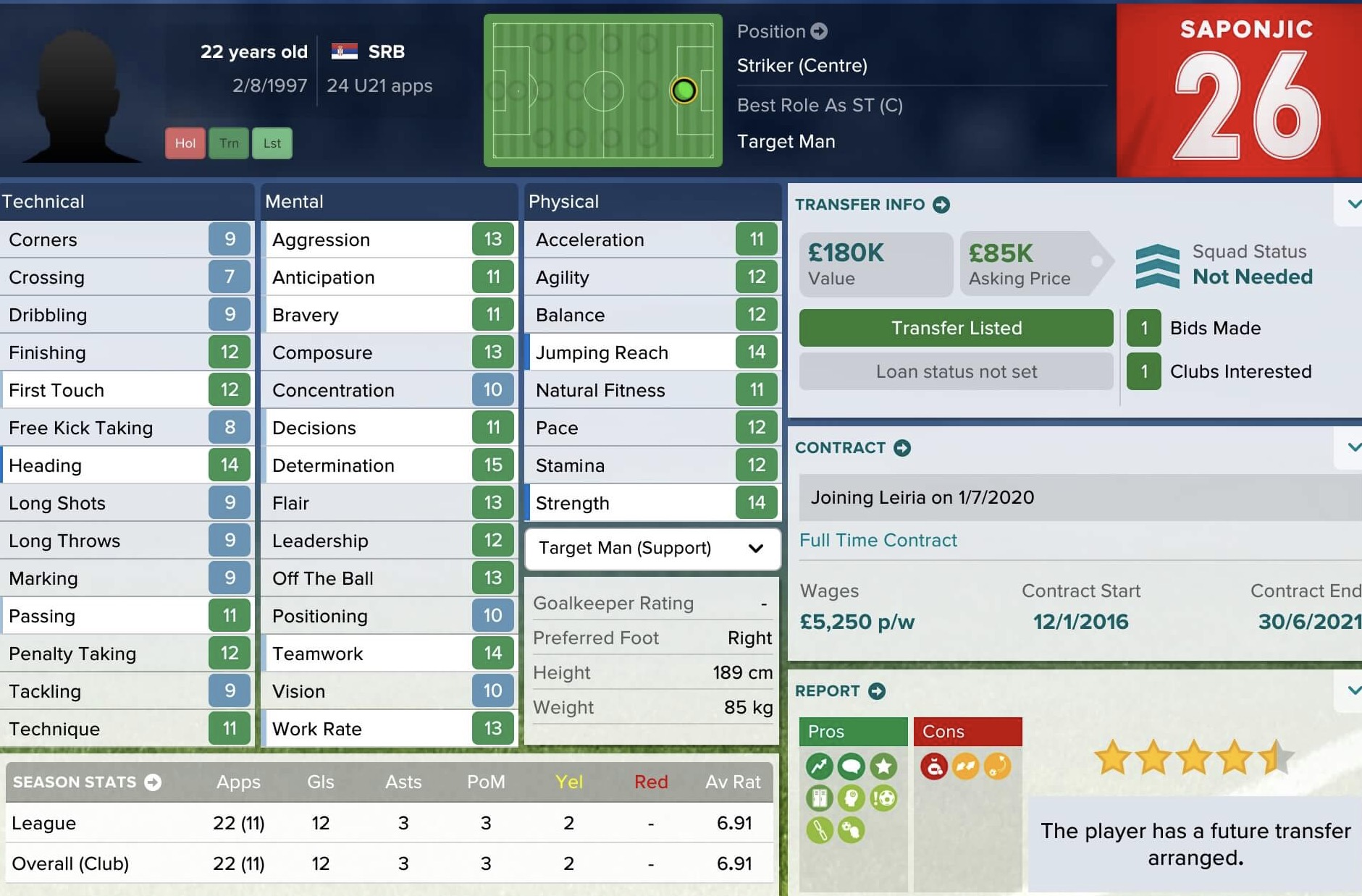 The target man comes highly rated from Benfica having scored 12 in 22 starts last season. He wanted to move to gain first team football however and the £85k paid by Leiria is well below his value. It looks to have paid off so far as he scored three goals in five appearances so far this season. 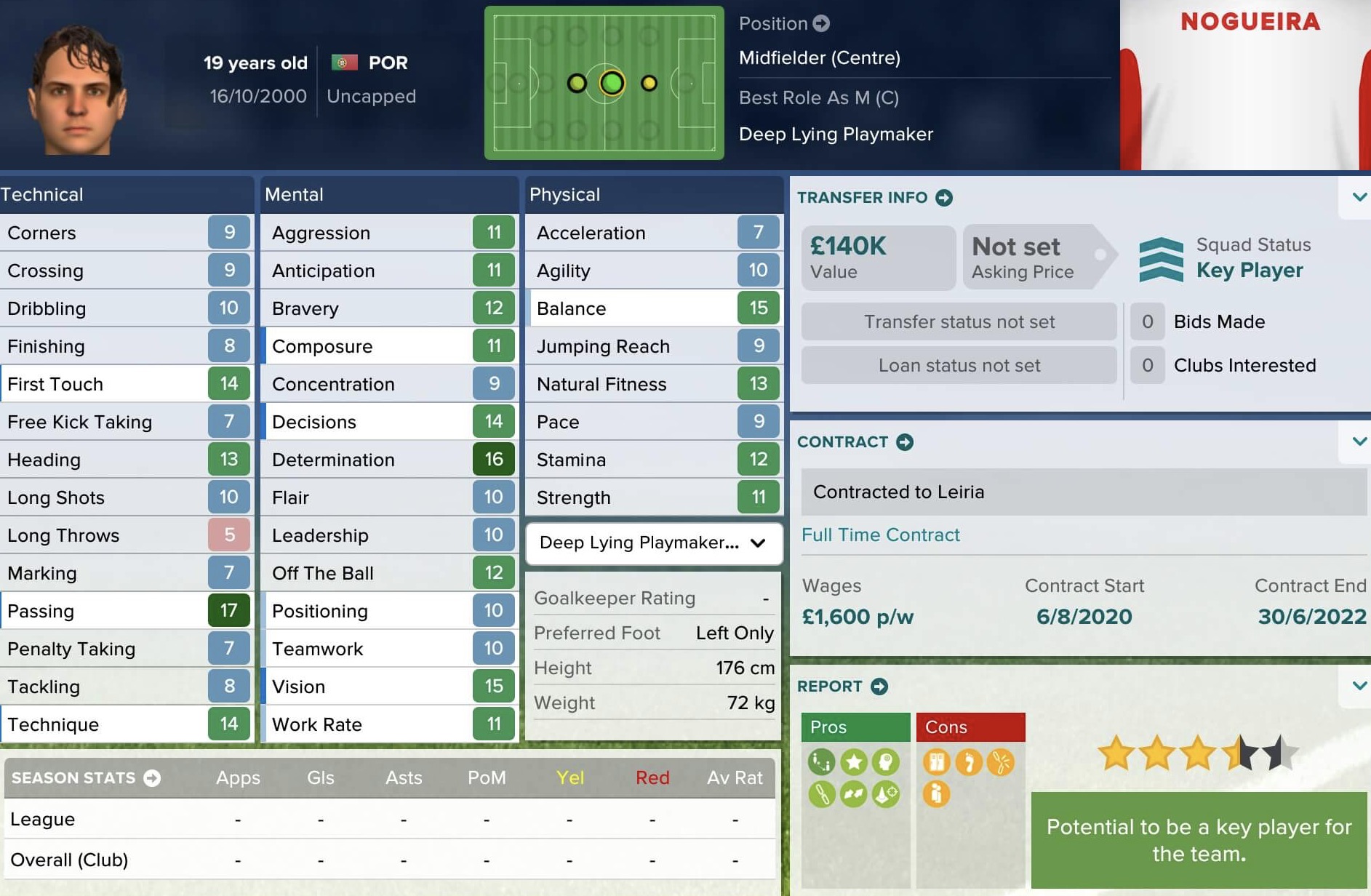 Not in the side during pre-season he was signed as a replacement for playmaker Rochinha. With great passing and vision he should add some magic to the midfield as Leiria try to unlock the opposition. He is yet to build full match fitness but has shown flashes of class during his minutes so far. 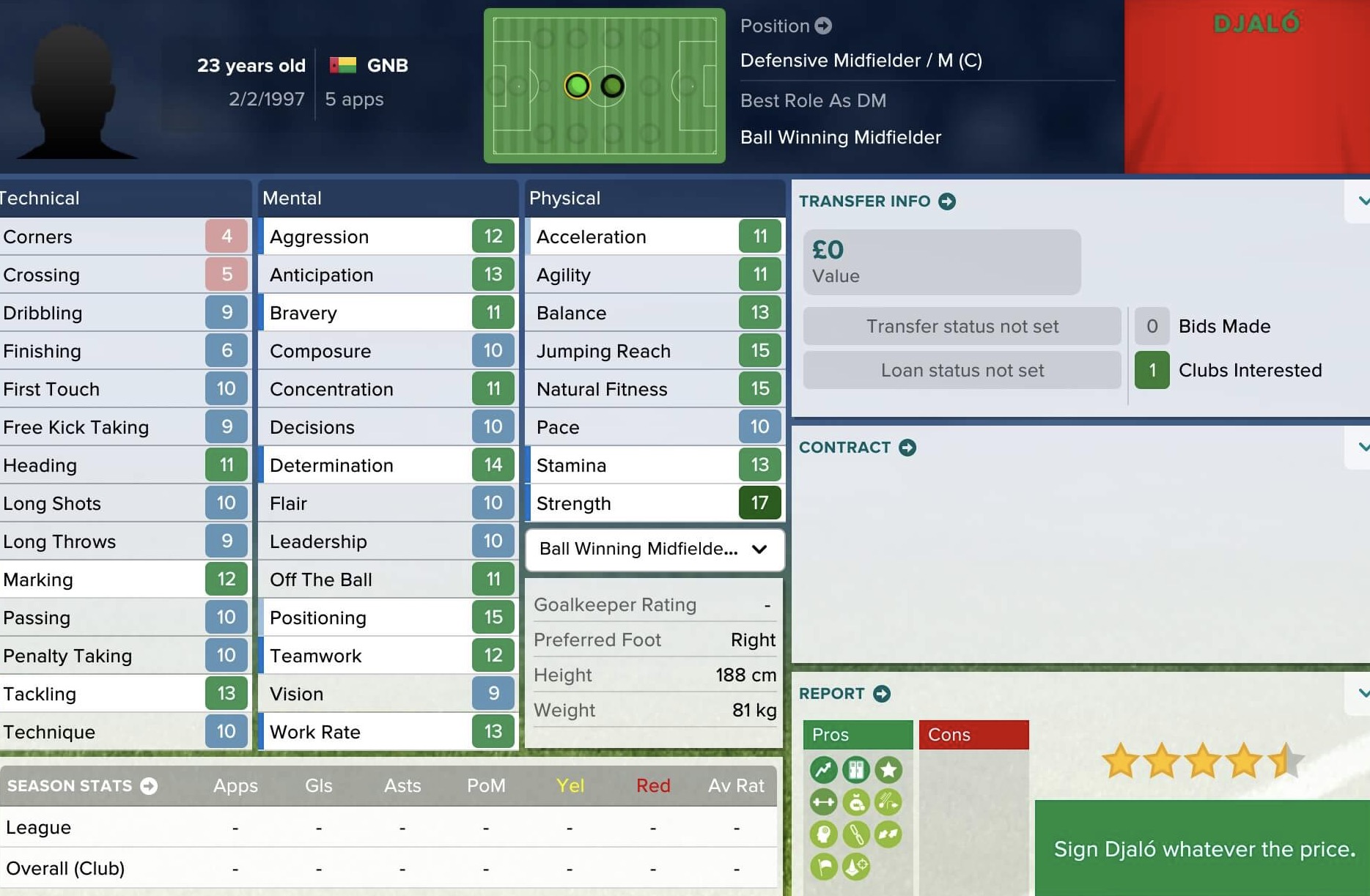 As with Nogueira, Guinea-Bissau international Djaló was brought in to replace a key player from last season. His strength and determination will be key in the central midfield role as he is expected to break up the opposing play. 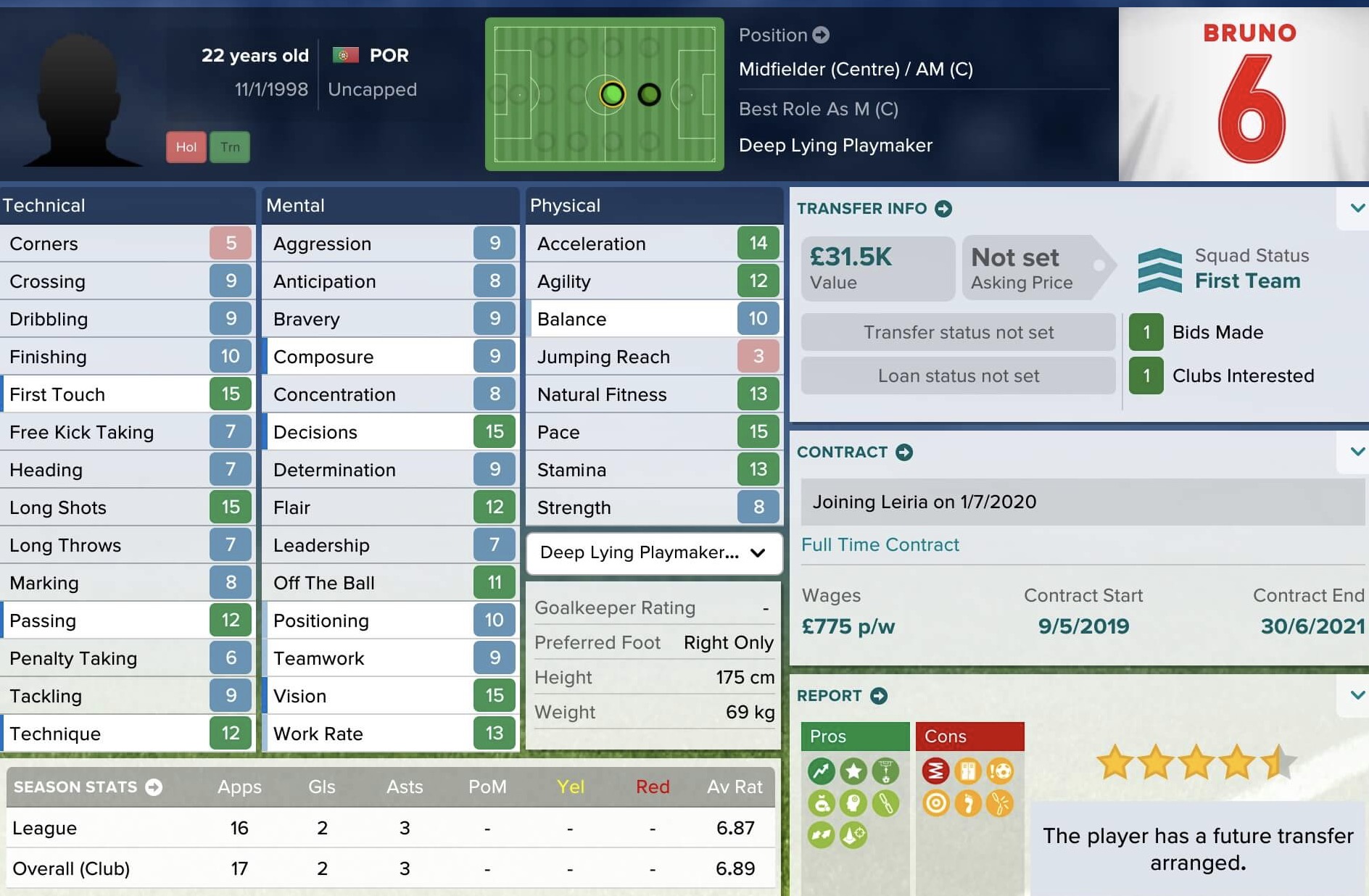 22 year-old Bruno was due to be understudy to Oliveria this season but following his departure the former Aves man has taken a starting role. Already grabbing one goal this season he enjoys a late arrival into the opposition box to shoot from range. 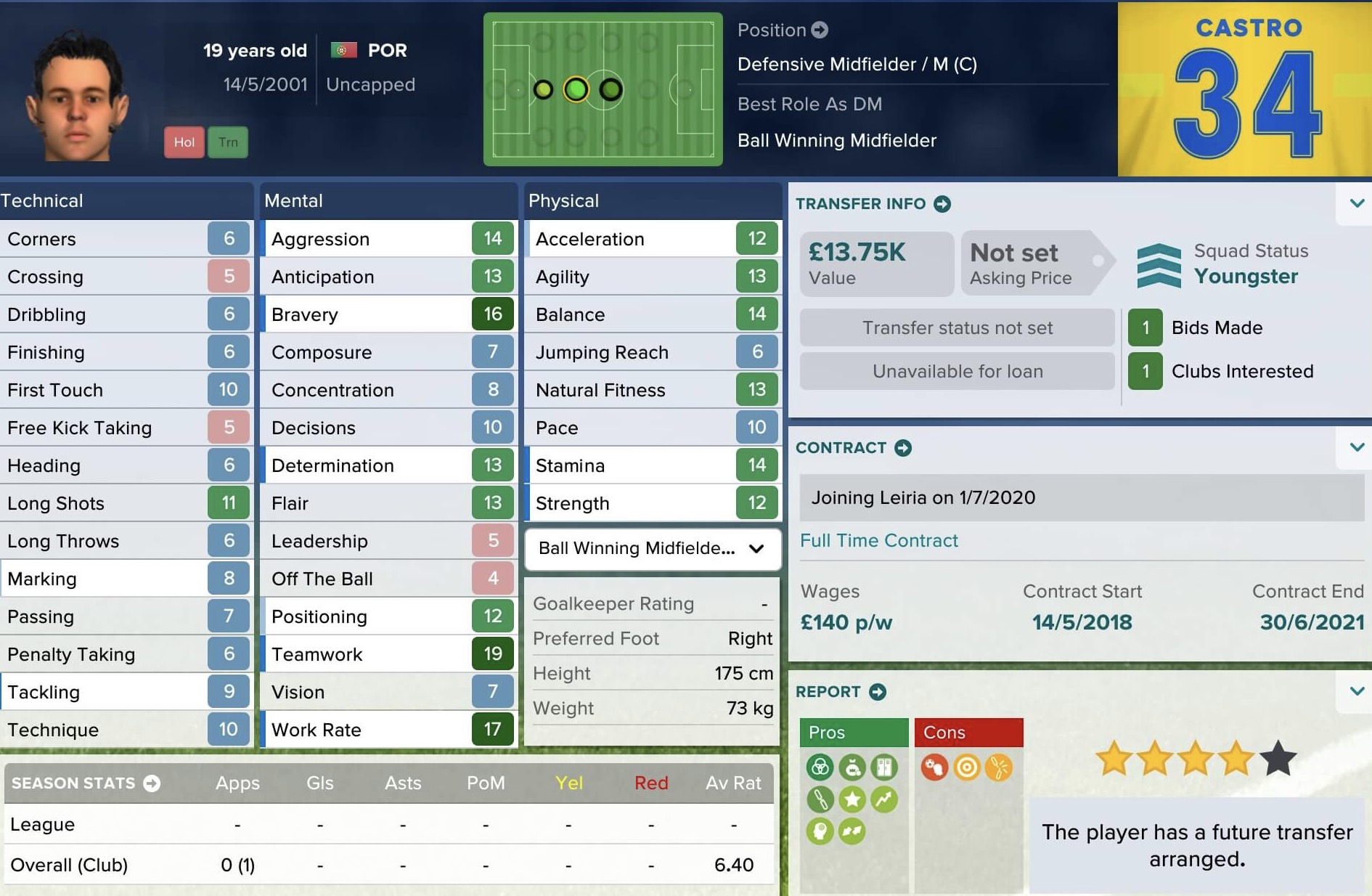 The hardworking youngster will likely have a bit part to play in this season as back up for Djaló while he is on international duty. At only 19 he will be expected to wait for his time but after an impressive pre-season he may be ready to feature more. 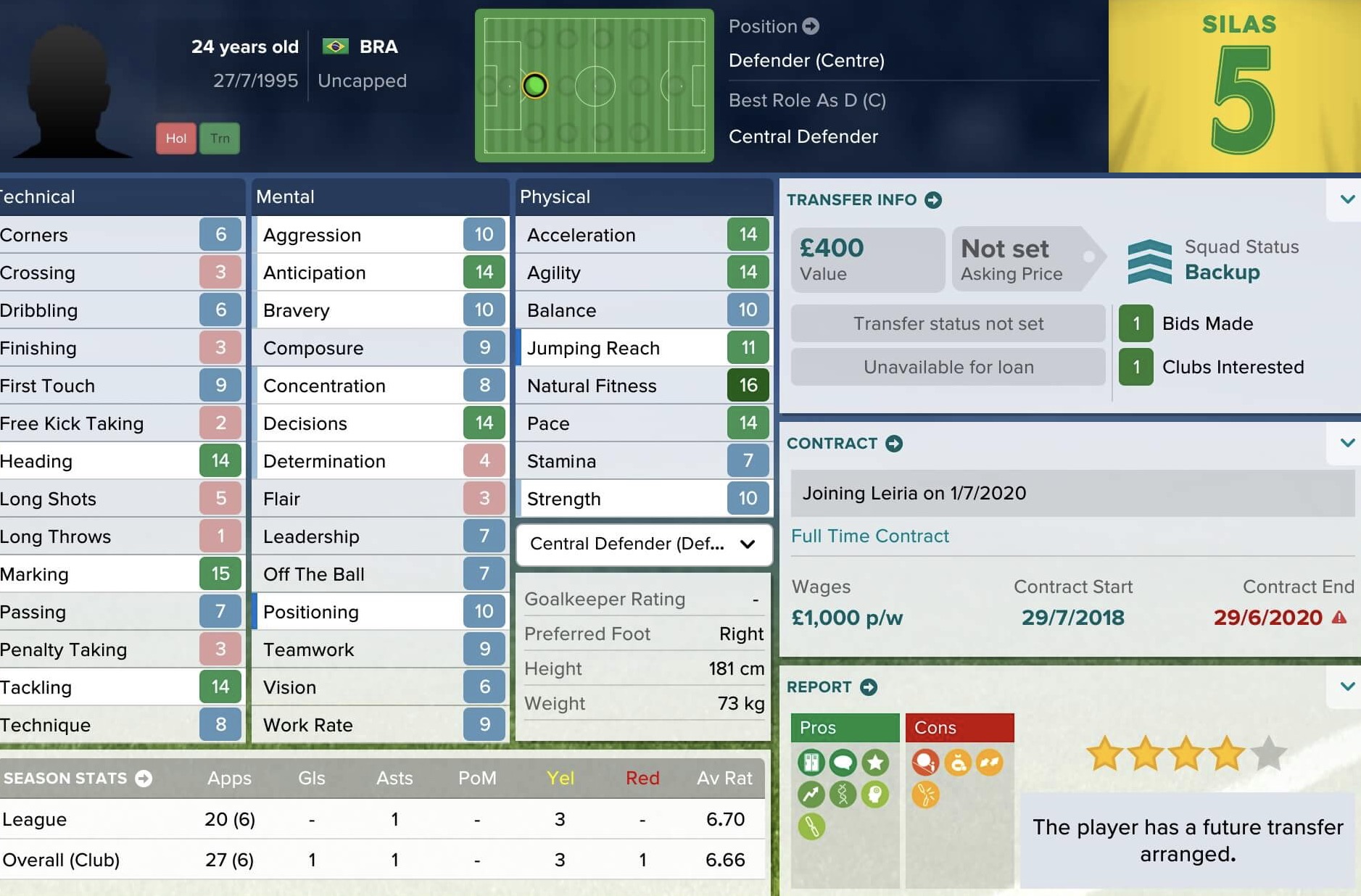 Finally, the 24 year old Brazilian centre back is expected to compete for a starting place and also become a long term replacement for the ageing Meira.

The new signings do not have much time to adjust to life in the league as Leiria are currently in the relegation zone after four games without a win. In the final game of last season the average age was 27, now it is just 23. Fielding that level of inexperience could cost Parker his job if he cannot manage the situation and start to pick up results.

Pressure is already mounting on the boss as the board expect the club to finish inside the top half. Following their early exit from the league cup on penalties, Leiria are already behind on where the board need them to be.