We have moved again, but where have we gone? We’ve have had a great time in the series but we are yet to have covered the west, as I was able to win the domestic leagues in Africa, Australia and now China that meant it was time to move over to North America and I decided to load Mexico cause I thought it would give me a different adventure as I haven’t managed there yet so I picked them over the MLS. 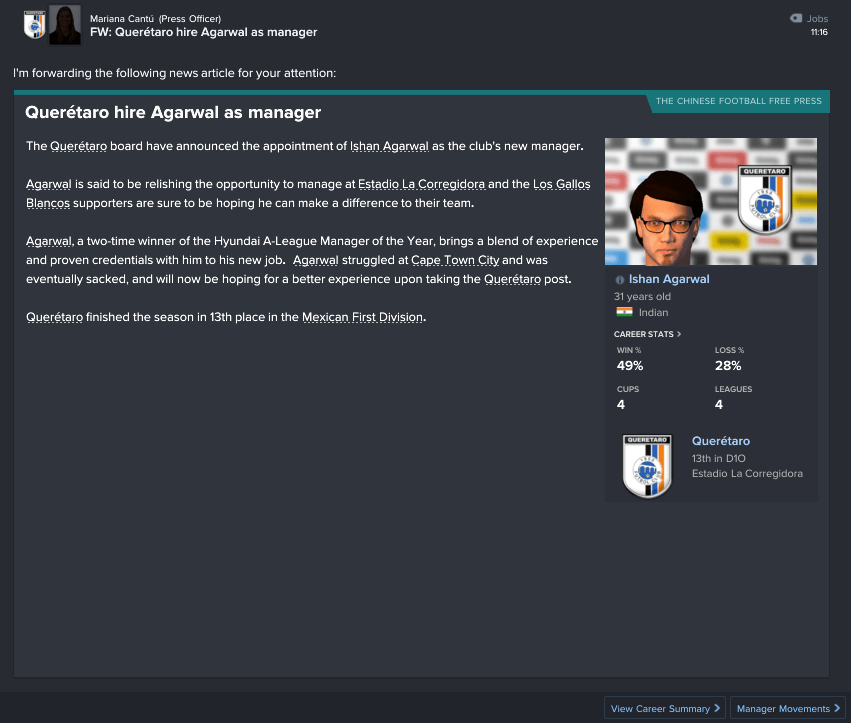 The club was Queretaro, it wasn’t the most fashionable club in Mexico but I did have to go to them as they were the only club who sacked their manager was they finished 13th in the closing stage of the Mexican division. The Mexican league is divided into two stages, the opening stage and closing stage where 18 clubs compete and the teams who make it into the top 8 get to challenge for the title of that stage. The winner of the league is only decided when both the winners of the titles in the particular stages play in a winner takes all match.) 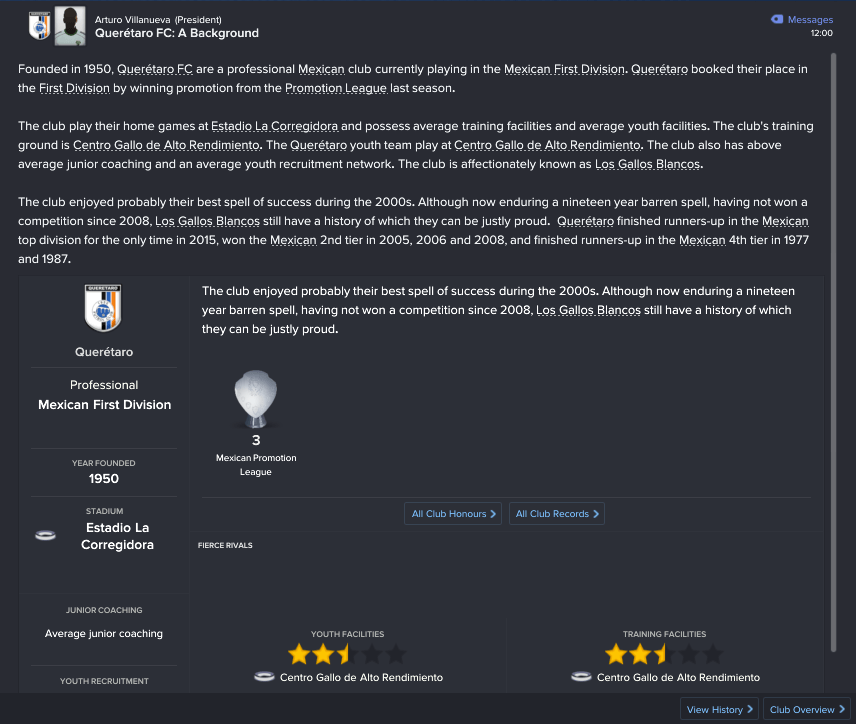 Queretaro are a club with a relatively small history as the only notable titles they’ve won are 3 second division’s. They are yet to win a top flight competition. Queretaro, also called the Los Gallos Blancos were founded in 1950, but weren’t in the top flight last season as they did gain promotion. The club doesn’t have any great facilities to boast about as well as the youth facilities being average and so are the training facilities. Queretaro haven’t won a trophy in 19 years the last being the second division in 2008.

As your probably able to make out, our first team squad is paper thin, with many of the better players being loaned in from bigger Mexican clubs. This could be a model I deploy as I don’t think I will be sticking with Queretaro long enough if a bigger Mexican club comes in for me so we could abuse the loan market to great effect. Though, saying that there a couple of players that are our own and I do want to keep hold of. 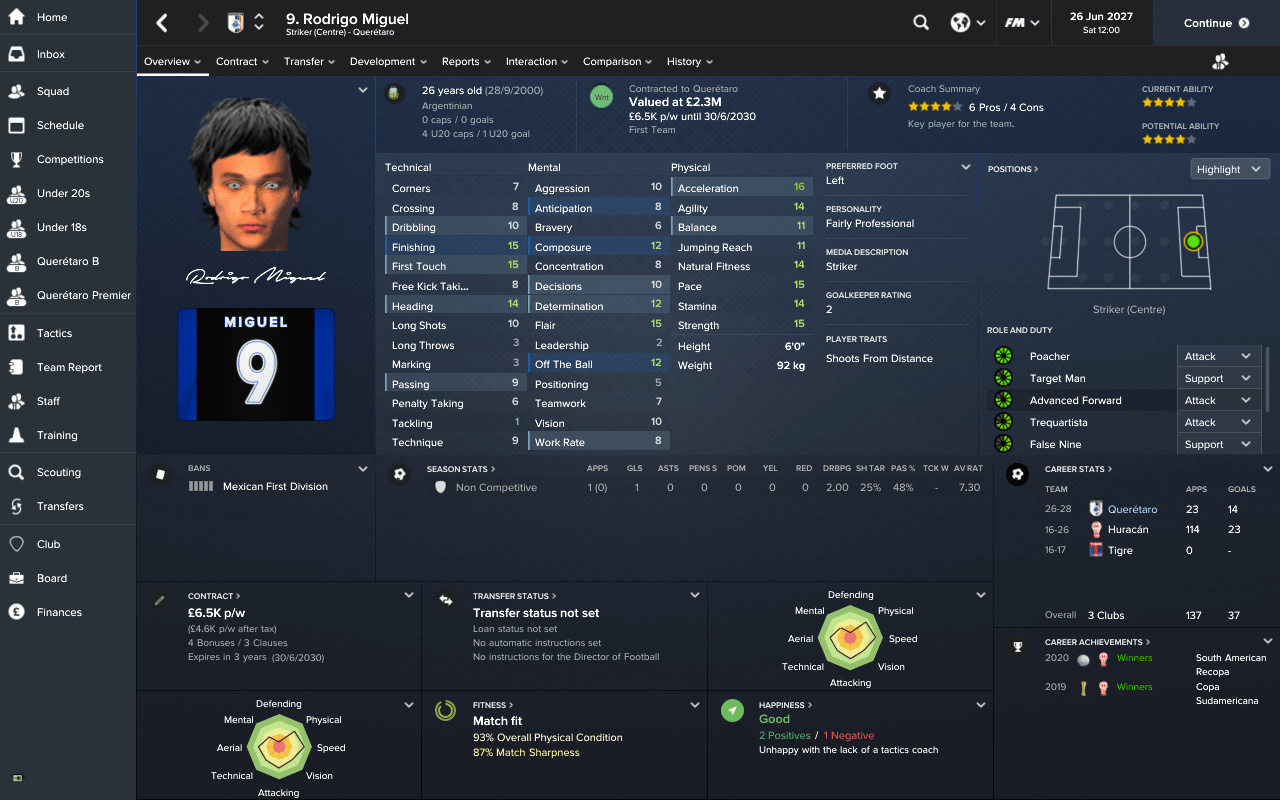 Rodrigo Miguel is of the better players in the squad and the bonus about him is that he isn’t loaned in so he will be seeing a fair few minutes in the first team. Saying that, we do have 3 quality strikers, which tells me that if I want to use this squad to its full potential I might have to move away from the 4-4-1-1 that I have used at all the other clubs to date. 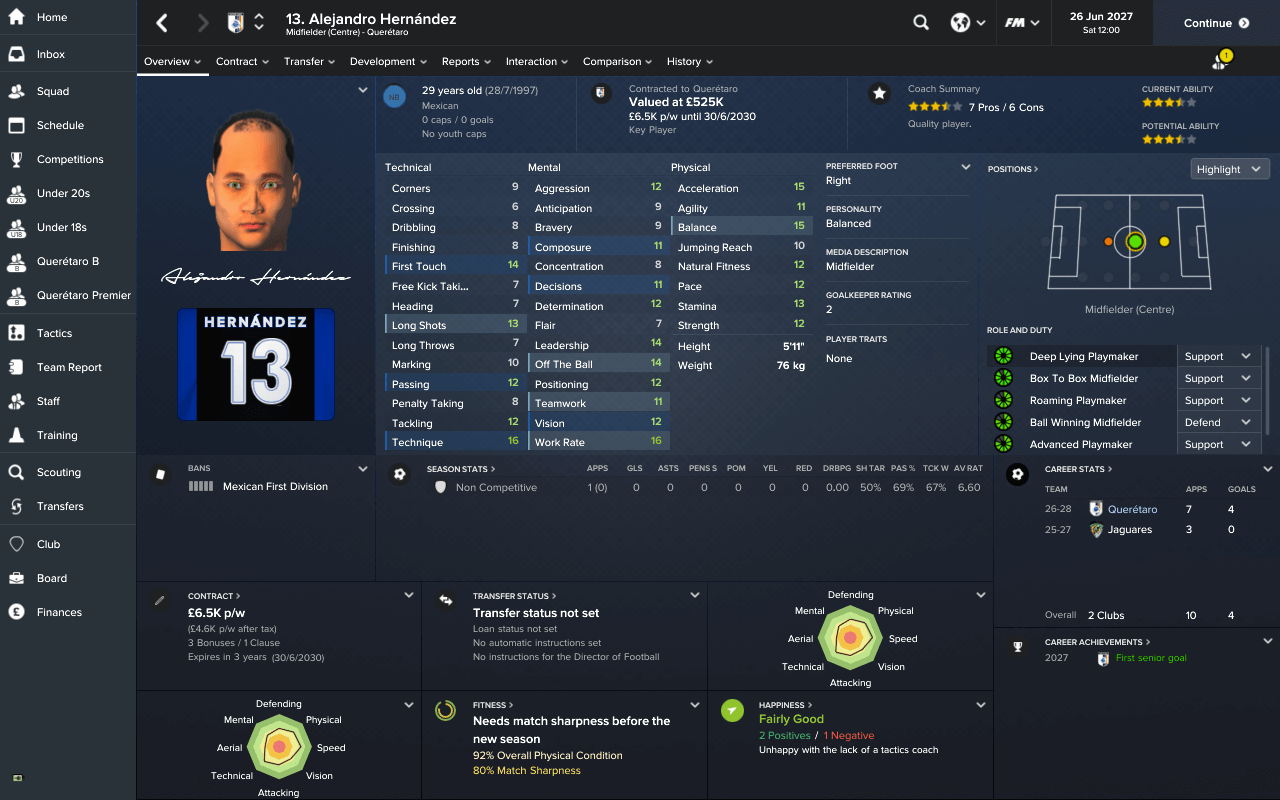 Hernandez is a midfielder who doesn’t have any standout attributes in any areas but is very well balanced which is something that is good to have around and with these attributes, I will probably be able to use him in several positions on the pitch. 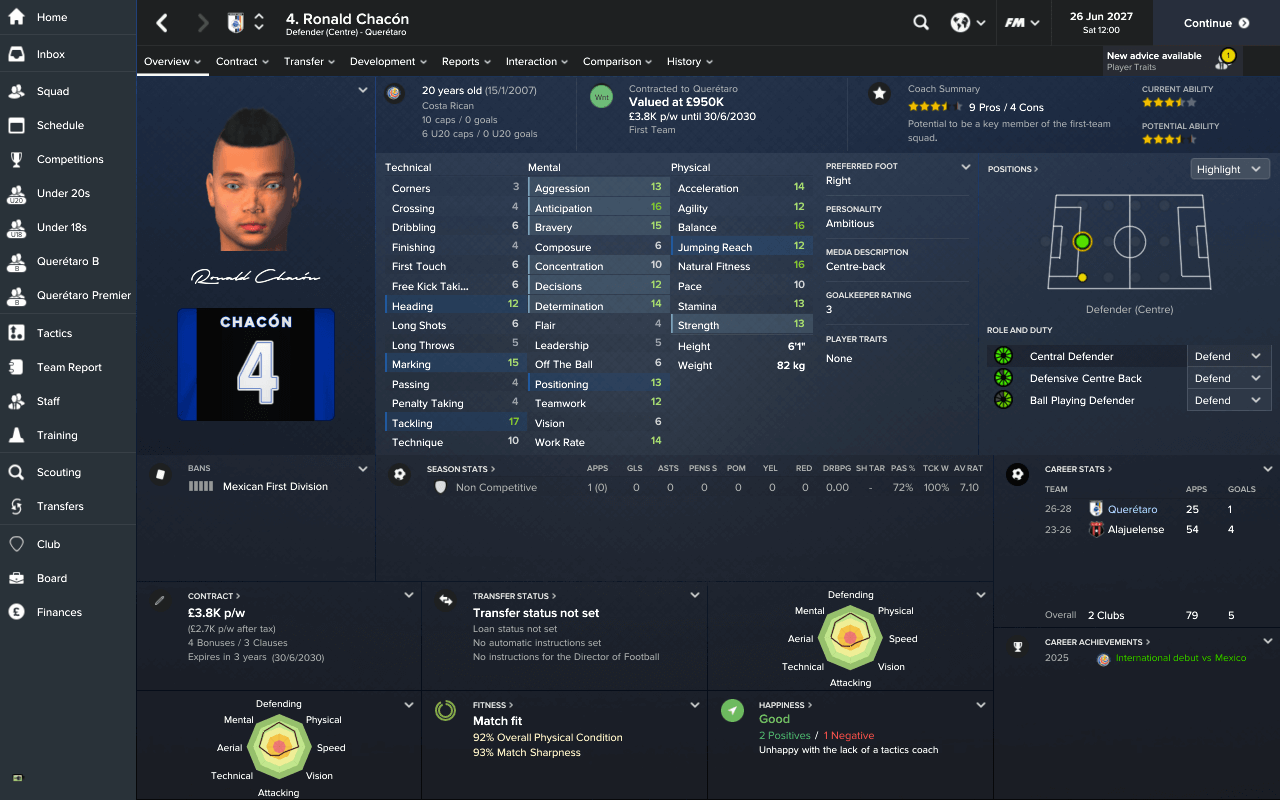 Ronald Chacon is the one I’m most excited about because he already looks like a star at the age of 20 and the question now would just be keeping a hold of him for the foreseeable future.

I did read the team reports that were compiled by my assistant manager, here are some strengths and weaknesses

-Overall depth is a major concern

Next update will be how we got on in the opening stage of Liga MX, until then you can follow me on Twitter and Slack to keep up to date @SpiritedKlopp