I’ll always remember the evening. Early summer, 2029. A beautiful early evening. My son, Simon, and I have just had a dip in the Med and now he’s driving me to our favourite Misada Mizrahit — a restaurant run by a family with roots in the Maghreb. Try the harira, you won’t be disappointed.

He pulls the car over to the side of the road, which I’m pleased about because he’s the world’s worst driver.

I ought to explain the implication here. His meaning isn’t, “How could anyone play £1.8 million for Roi Sela?”

No, it’s, “How could my father, who usually buys his strikers from some cheapo stall in Lewisham market for half-a-crown, brace himself to bid £1.8 million for anyone or anything?” 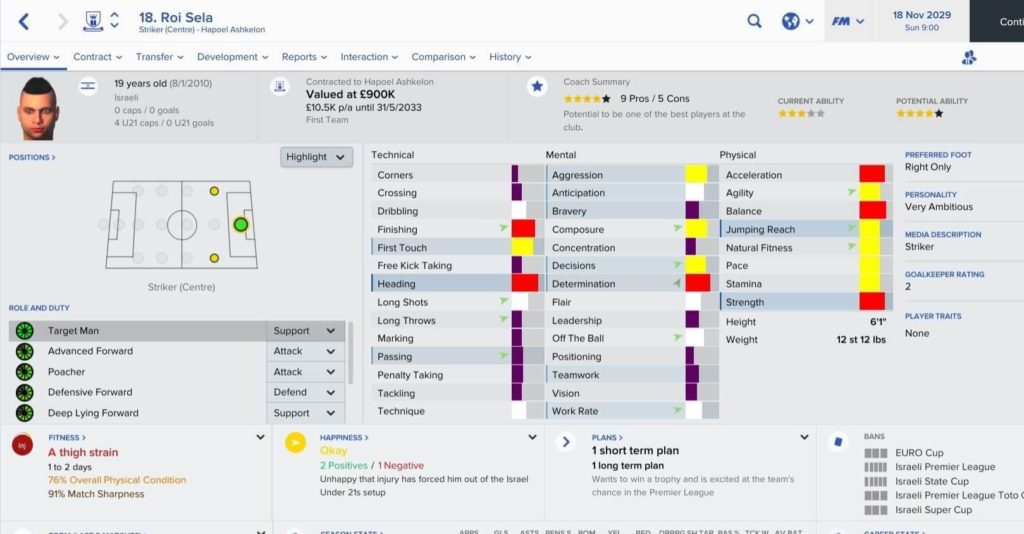 He gives us something extra up front. An aerial option. I just hope that as he grows up he becomes braver — and learns to concentrate.

Now every time Sela’s about to go out there, my assistant manager whispers, “No pressure, son”.