Yes, I’m quoting a Puff Daddy/P Diddy/Sean Combs/whatever he calls himself now song. What of it?!

After putting Kosovo on the footballing map but narrowly missing out on World Cup Qualification I took a few months out before deciding to return to football management. International Manager has taken over at Kosovan Superliga club KF Ferronikeli. The aim is simple: Konquer Kosovo.

Ferronikeli won back to back league titles in 2015 and 2016. Iconic manager Blerim Mula guided the side to a Kupa e Kosoves win last season before stepping down on a high to take up a Director of Football role at the club.

The squad was not in perfect shape but they obviously had something about them after winning the cup last season. The obvious strengths lie with winger Mentor Asllani and attacking midfielder Arber Kryeziu.

Without the need to overhaul the squad I could take my time and pick out top quality transfer targets. Lorik Zeneli was a £2k signing in the summer window to provide options in attack. In January we strengthened in defence with the signings of experienced full backs Kaan Kanak and Ryo Kato alongside American youngster Ian Taylor, another American, Kevin Piers was brought in to beef up our midfield.

Over the season a number of players were moved on or released as we sought to trim the fat from the squad. 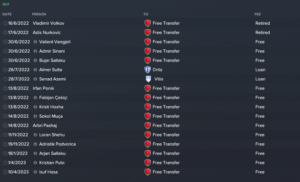 The media predict a 4th place finish for us. The board expect a top half finish in the league and a semi-final in the cup. 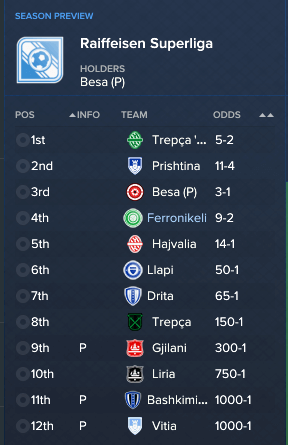 Not an ideal start to life in Kosovo’s domestic game as we fall victim to a 3-1 defeat to league winners Besa (P) in the Supercup. 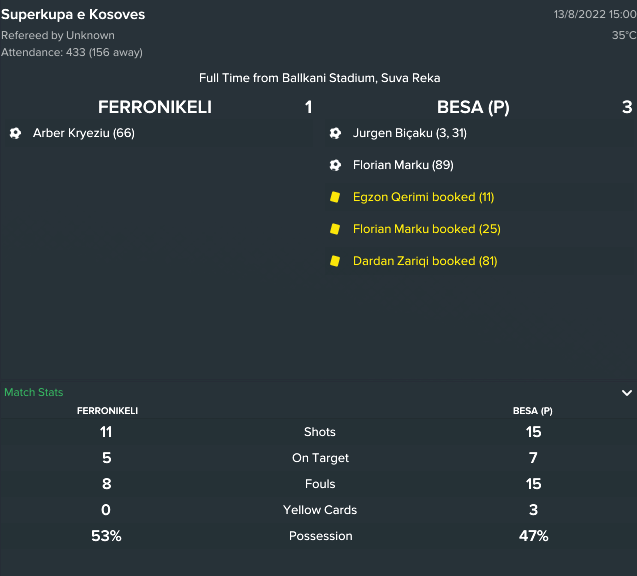 Besa (P) were also the masters of our Cup demise as they scored an extra time victory over us in the Quarter Final despite an impressive second half revival in normal time. 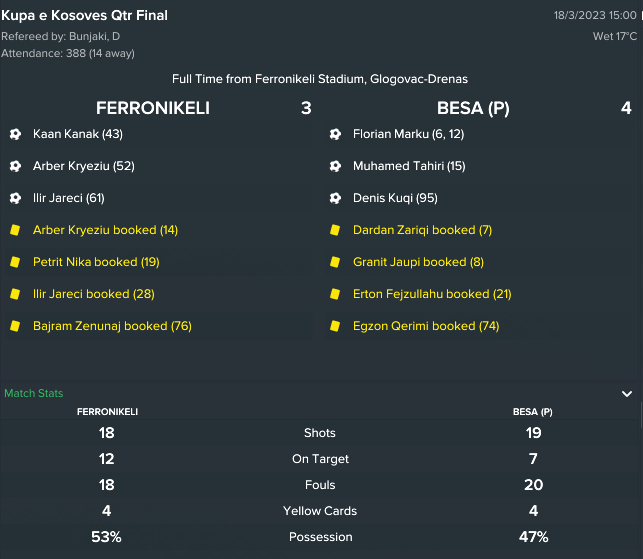 There was no such luck for Besa (P) in the league as Ferronikeli strode home in style, losing only 3 of 33 matches. 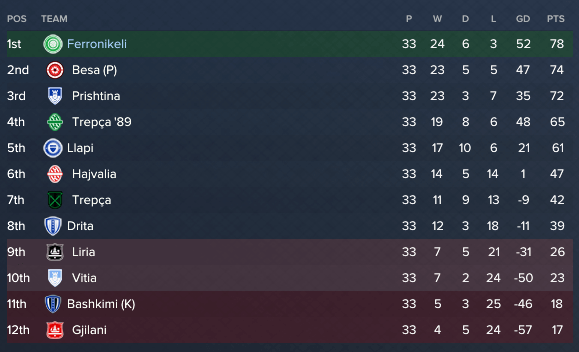 Left winger Ilir Jareci scored the highest average rating with 7.58 across 32 appearances with 11 goals and 11 assists. 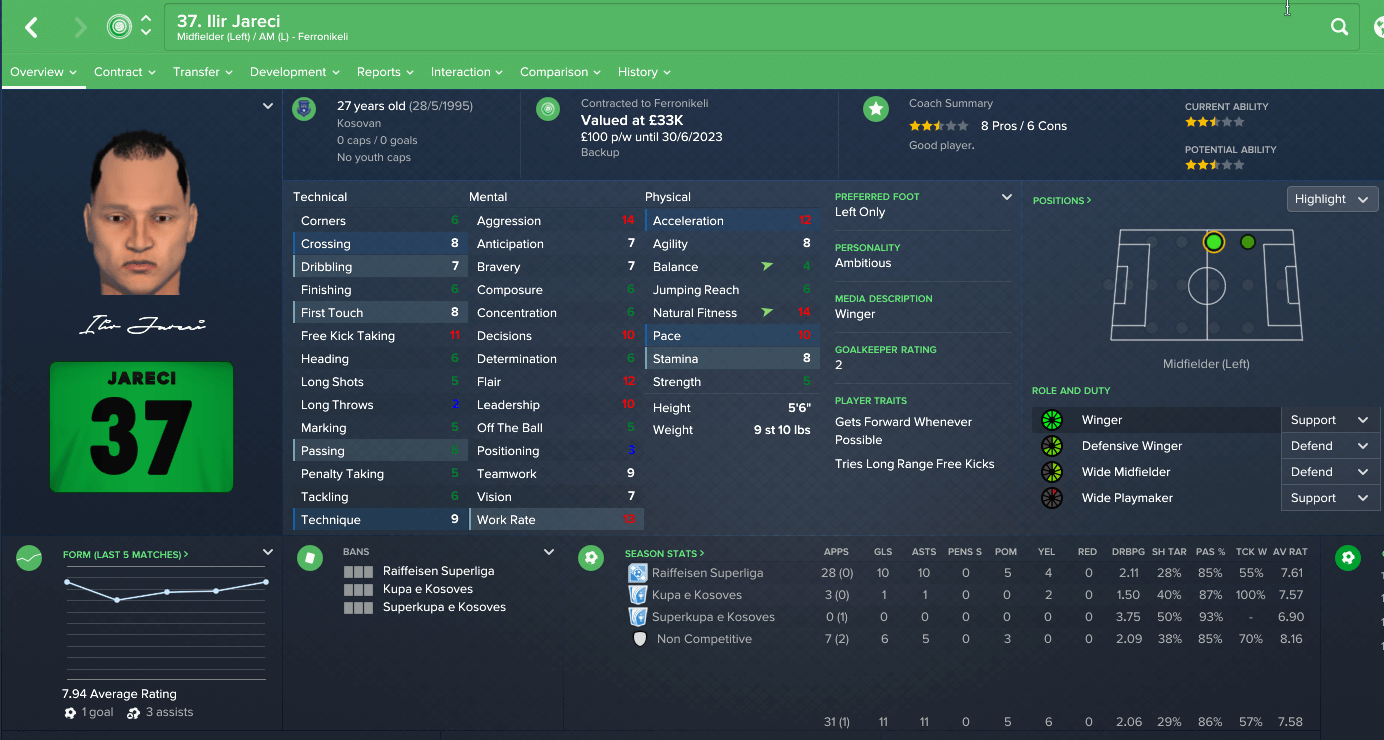 Petrit Nika finished the season as top goalscorer with 21 goals in 24 appearances – 19 of those coming in the league. 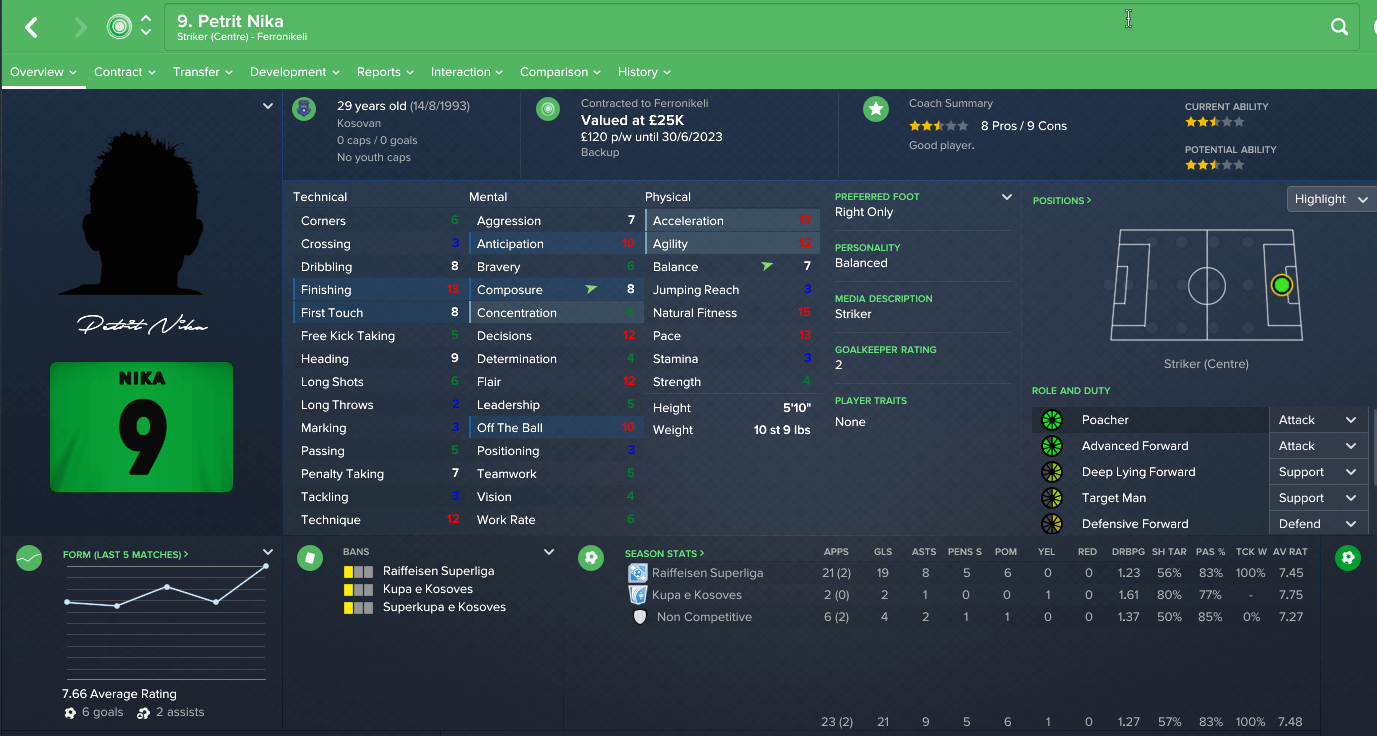 Midfielder Arber Kryeziu notched up the most assists by laying on 13 goals for his teammates while grabbing 10 for himself. 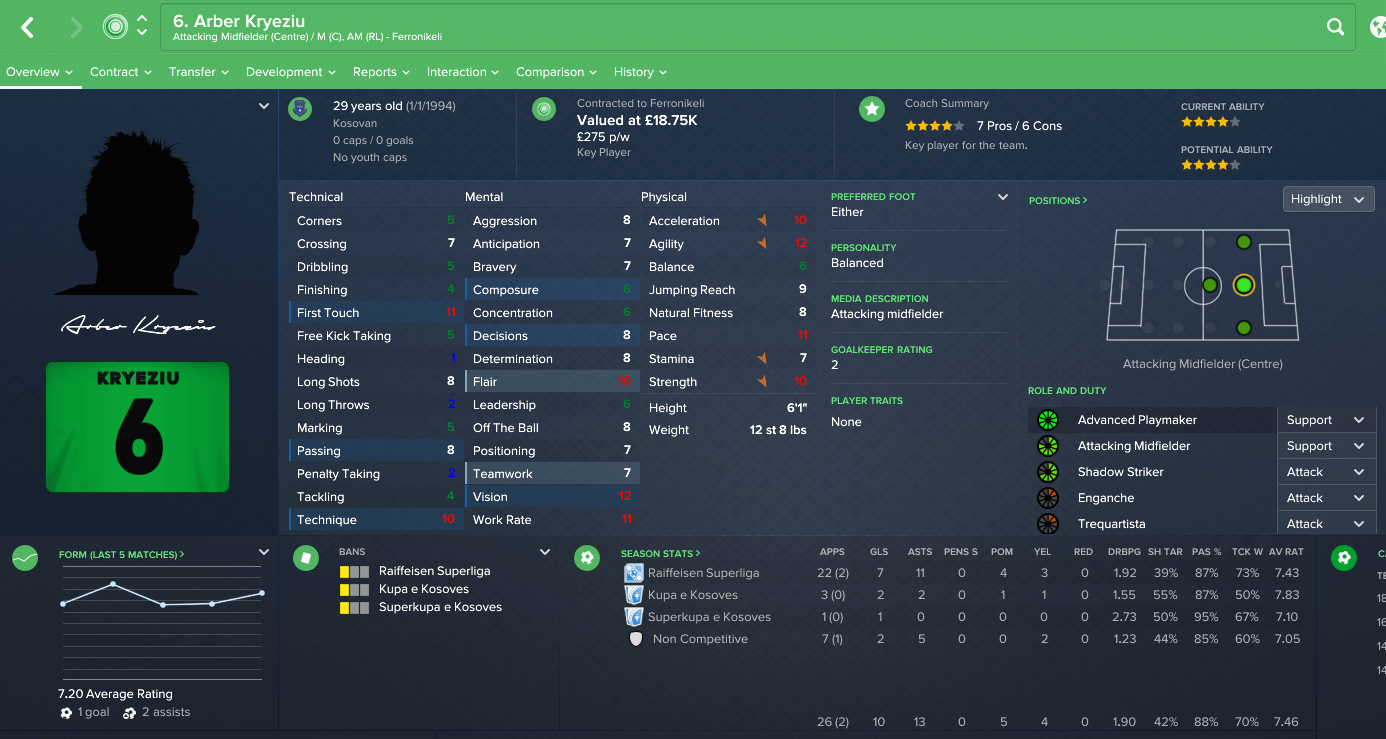 Young goalkeeper Enea Bajrami finished the season with 16 clean sheets in 30 appearances, a total of only 19 goals conceded. 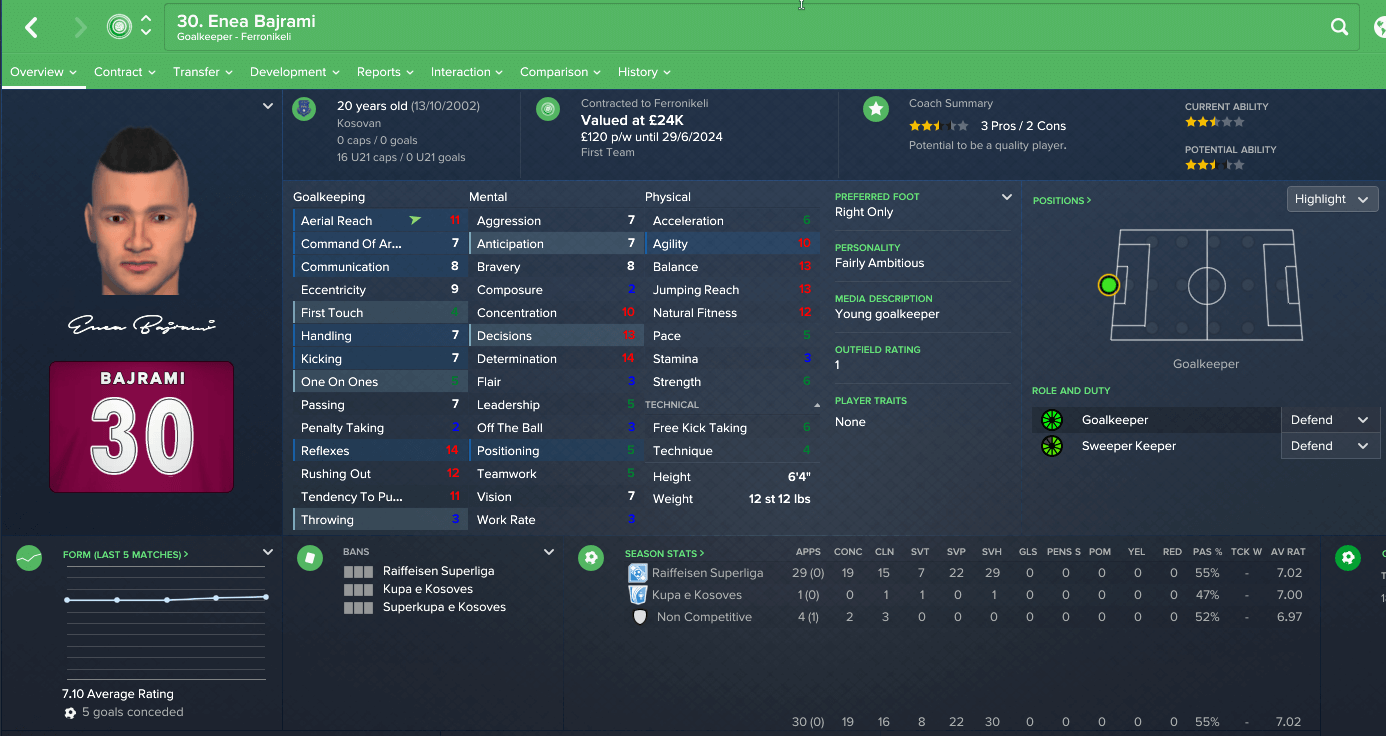 Basic youth facilities (with upgrade works agreed, due for completion by 15/12/2023)