After scoring just once in eight games at the start of the season, last season’s main man Redshaw has now scored seven in six games. It is a welcome return to form as the fans at Bloomfield Road had started to worry he wouldn’t be able to cut it at this level. His goals have helped to keep Blackpool top of the League One table and they are yet to lose a game in the league since winning promotion. 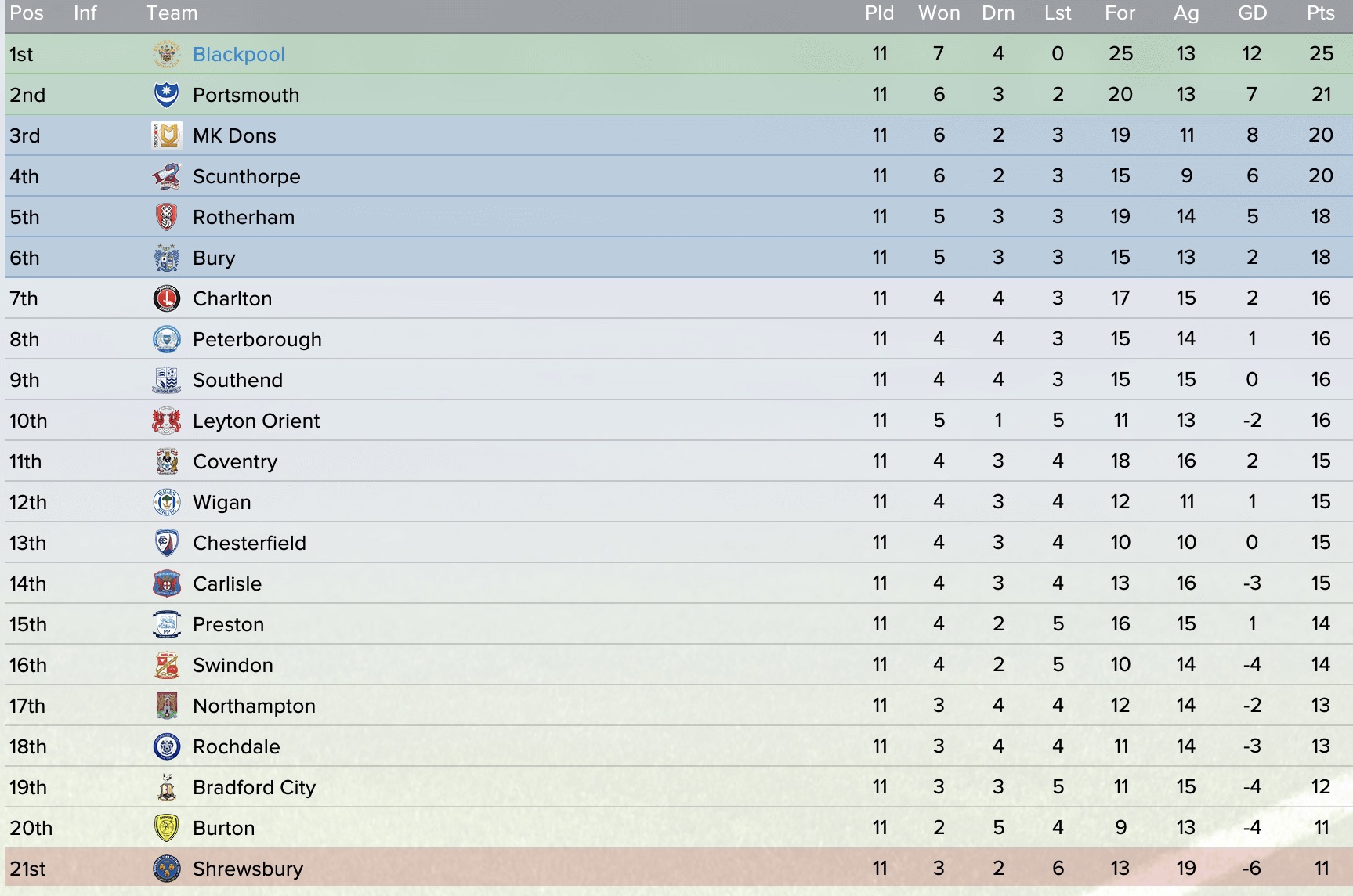 The 3-3 draw at home to Charlton made it 25 points from their first 11 games, a run which keeps them top of the table. Despite the good form the team has made it difficult for themselves, an example of which being that 3-3 draw with Charlton as they threw away a 3-0 half time lead. The Blackpool boss said after the game “it was a huge disappointment for us but as soon as they got one you could just see the tide switch. It was inevitable.” Even in the previous game away at Southend they threw away a 2-0 lead, only to win it in the 93rd minute 3-2. 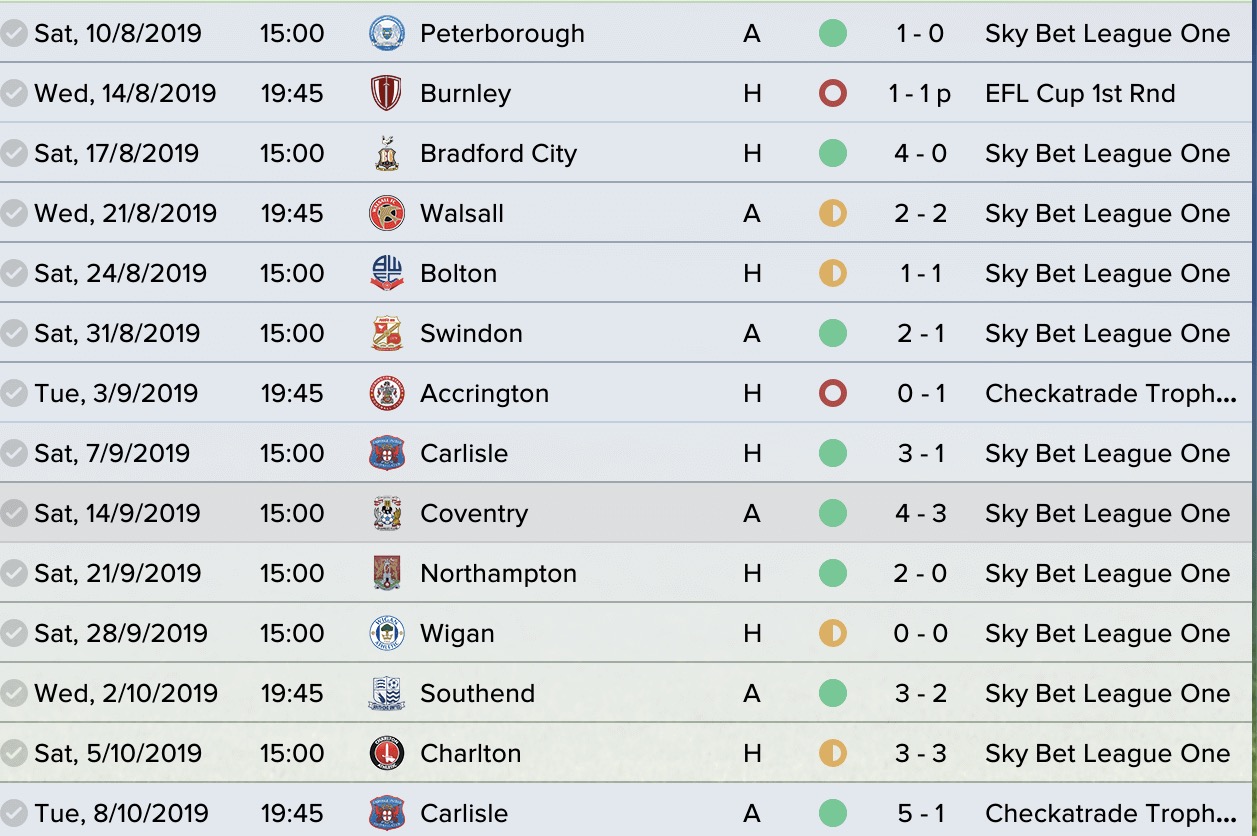 The Most recent win for the Tangerines was the 5-1 thrashing of Carlisle in the Checkatrade Trophy. Redshaw bagged four goals, including a 22 minute hat trick, and this game was a good chance to display the upcoming youth players. Mason Jones, the next new 17 year-old striker to come through the ranks at the seaside club scored his first goal after coming on as a substitute in the second half. 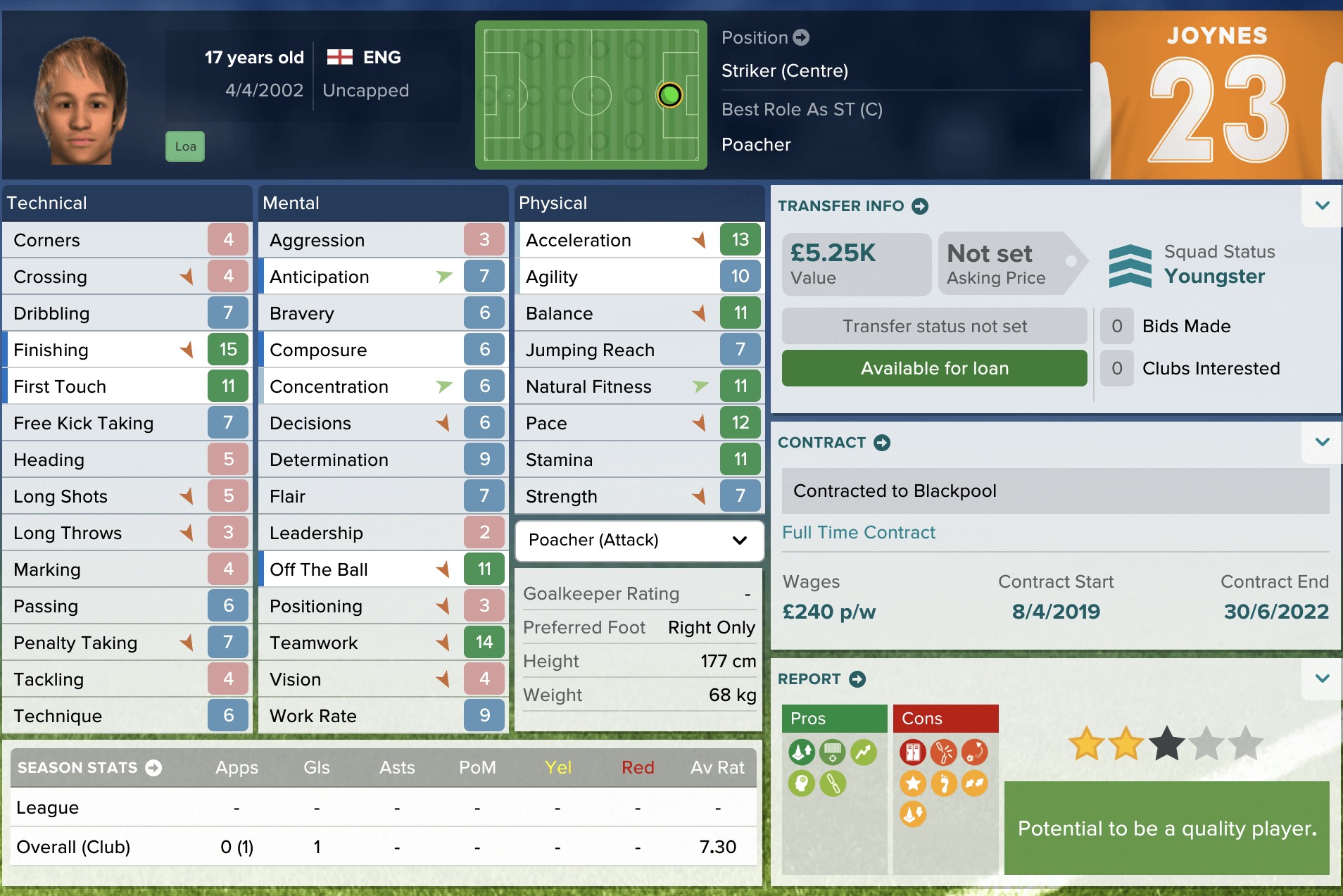 It was also a good opportunity for young playmaker Alex Petkov to display his talents. The 20-year-old Bulgarian signed for free from Hearts in the summer and grabbed two assists in the Carlisle game. Fans were unsure about his start at the club but given time he may become a long term replacement for Lee Evans. 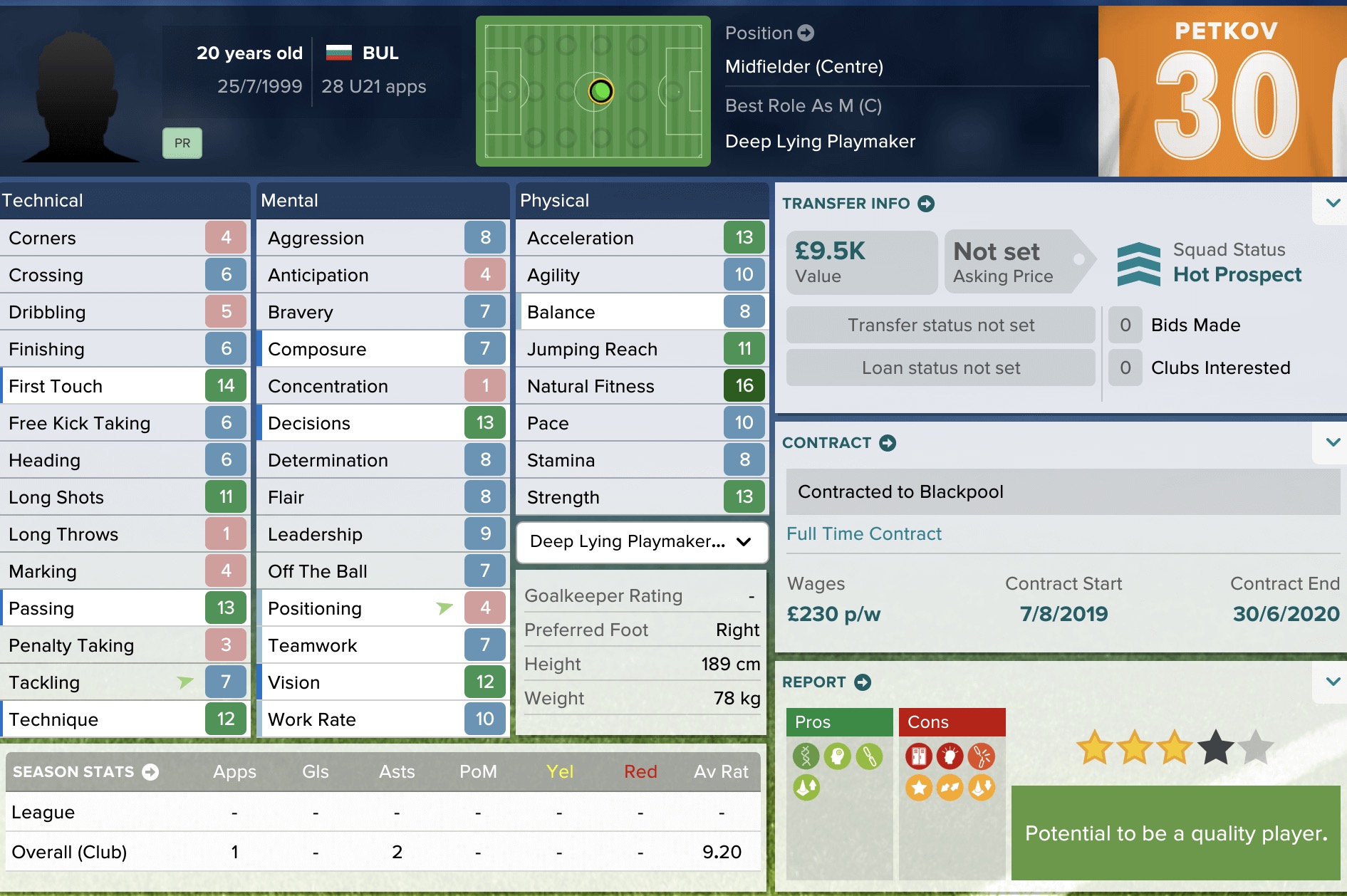 Evans has had a new lease of life this season and is already on course to beat his assist total from last season. He impressed during the Championship winning side last year and finished with nine assists from 37 games, scoring twice. In 9 games already this year he has three goals and four assists. His role has seen a tactical change which could be the reasoning for the improvement in form. Last season he was deploed as an Advanced Playmaker, trying to pick a pass but spend too much time out of position and unable to recover in time. Recently he switched to an Enganche role and is now more static, boss Parker said of it “I read some excellent theory on this subject (theMetodoFM’s excellent piece on number 10 roles). Now Lee just sits and waits for the ball to come to him before carving open the opposition defence.”

It has been a record breaking start for the Tangerines, one which has seen their manager scoop two straight manager of the month awards. This excellent form saw bottom side Bolton Wanderers approach Parker recently but the manager has categorically stated that his short term future lies in Blackpool. This is the third such approach for the young Dutch manager after Huddersfield and Sheffield United enquired about his services last season. 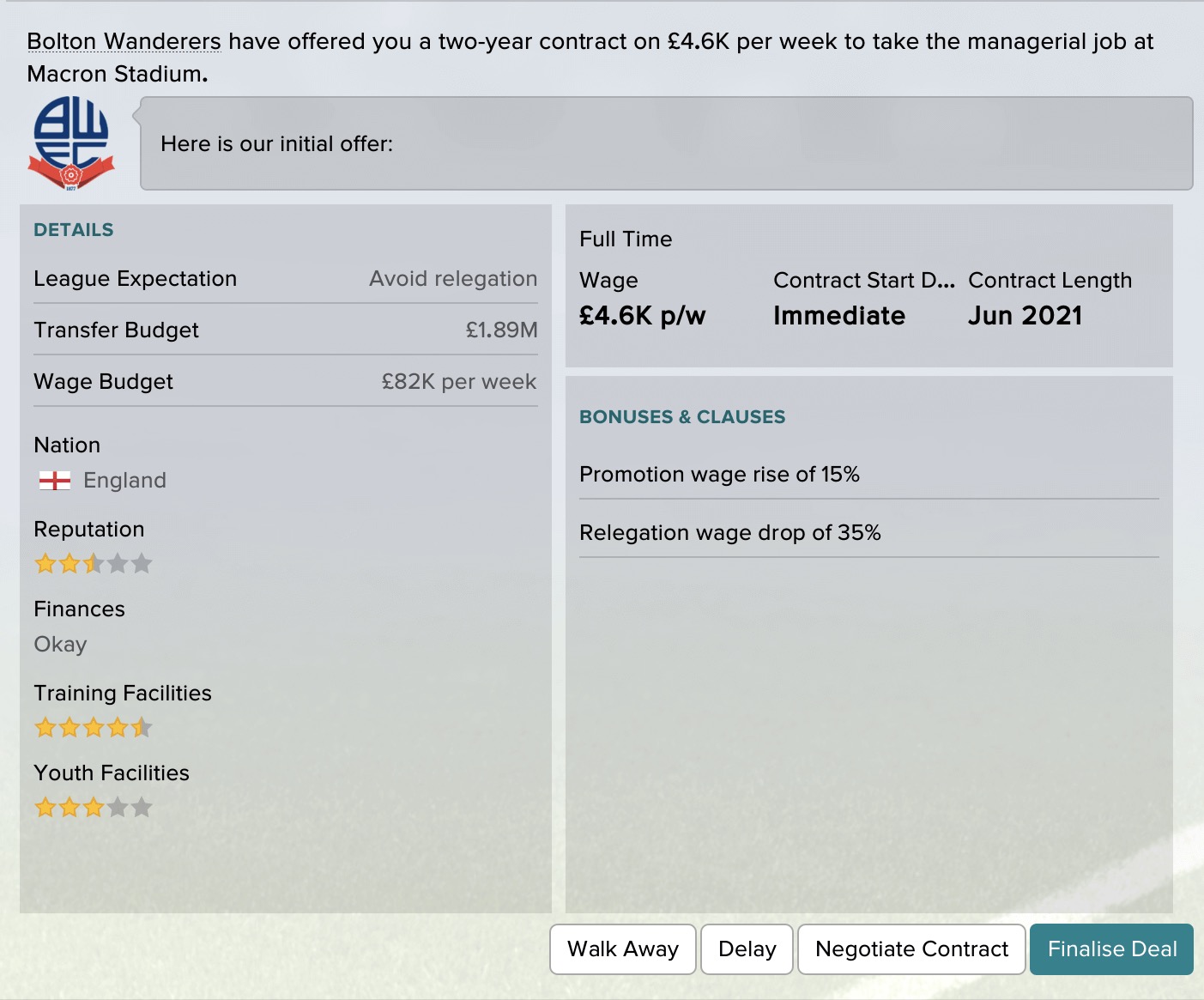 Blackpool’s coming fixtures look all the more difficult as they have away trips to promotion challengers Rotherham and MK Dons in the next three games. After the great start they have made to the season it will be disappointing if they were to fall away from the top. One must remember that they struggled last time they were at this level two seasons ago so anything above the bottom four will be an improvement. 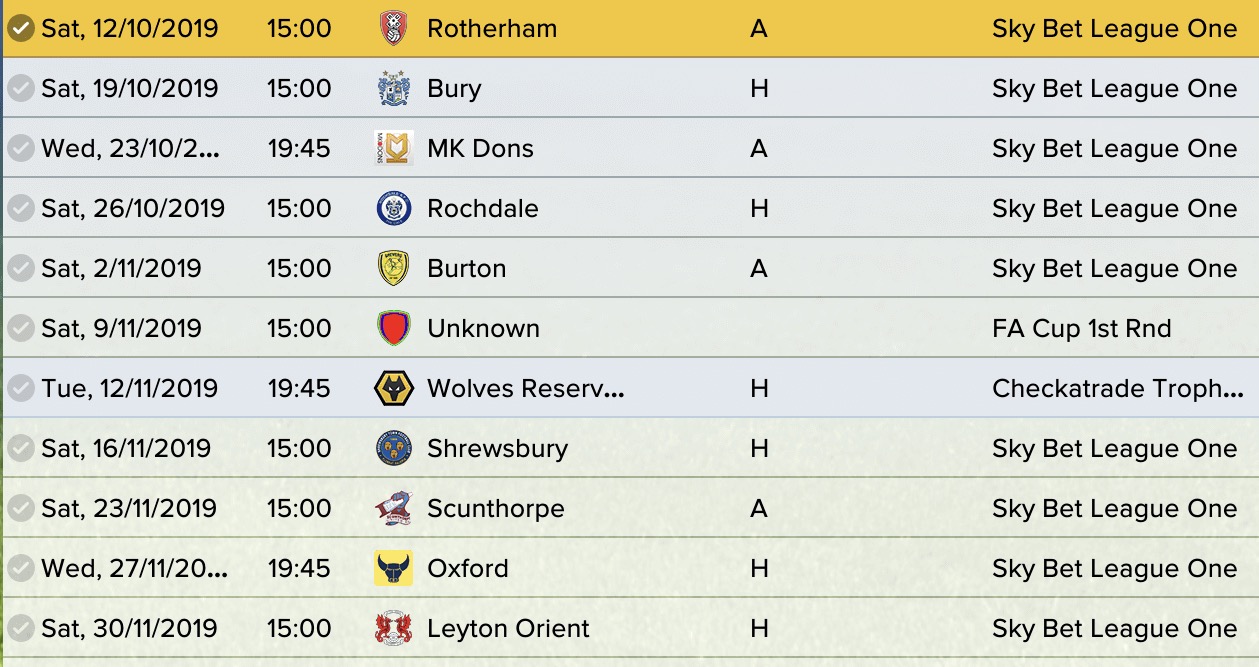 For more updates check out my author page or on my social media feeds.