For the 2023 Israeli Premier League Toto Cup final I decide that Hapoel Ashkelon FC will play a narrow diamond. It’s not really my thing, but it worked for us in the semi final. 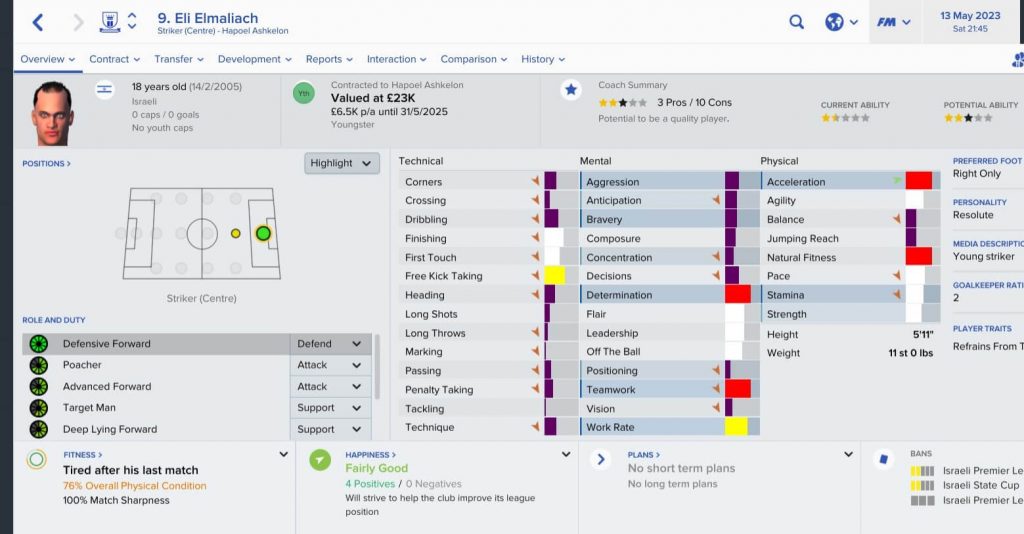 It’s a rare appearance for him. Technically, he’s pretty useless. But the boy’s determined, he’s got a turn of pace, he’s a good lad who will play for the team, and — praise be — he loves big matches.

This is my seventh season here. I’m trophy-less. I’d rather have a psyched-up kid out there than some seasoned but lily-livered pro, however skillful the latter.

Eli will go for it. I just know it.