The players tell the media that they remain upbeat and I like those positive vibes. Slovenia drew their opening match with Spain which puts me slightly on edge. Am I overestimating Spain or underestimating Slovenia?

We make three changes from the side that were demolished by Italy. Ali Ferati, Herolind Shala and Erton Fezjullahu will all start. Hekuran Kryeziu, Eroll Zejnullahu and Vedat Muriqi are the ones to be replaced. 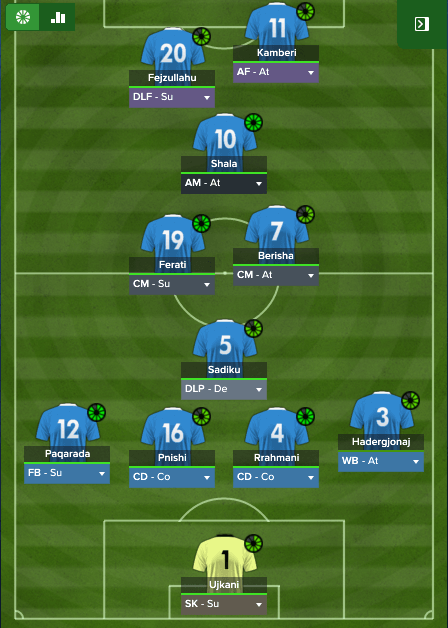 A well hit Slovenia corner on 27 minutes finds its way to Milec, on the edge of the 6 yard box, and his header hits the crossbar.

10 minutes later Kosovo have a freekick on the left side of the box. Shala’s delivery is headed goalward by Pnishi and is well saved by Oblak but Ali Ferati is first to react…GOAL! The new boy pokes home from a few yards to give Kosovo the lead.

Kosovo take their lead into half time. They’re playing well but they need to remain disciplined as they’ve so often been on the wrong end of a turnaround result. 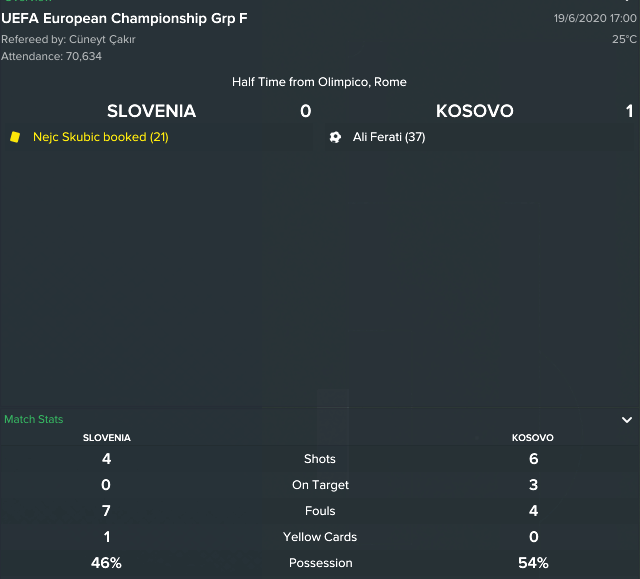 Leart Paqarada looks a bit tired and is replaced on the hour mark by Stuttgart youngster Samir Bajrami.

The final change for Kosovo is made on 87 minutes as Zymer Bytyqi replaces Florian Kamberi.

The final whistle goes and marks a very well earned 1-0 victory for Kosovo! 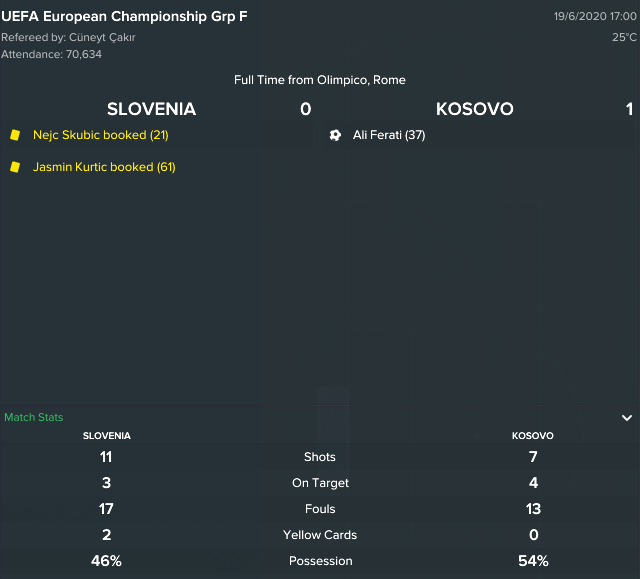 It was by no means a classic but a fantastic 3 points for Kosovo which puts us up into second place in our group (on results between teams) as we await the result of the Italy-Spain clash.