Home Football Manager 17 How to Evaluate the Defence in FM17 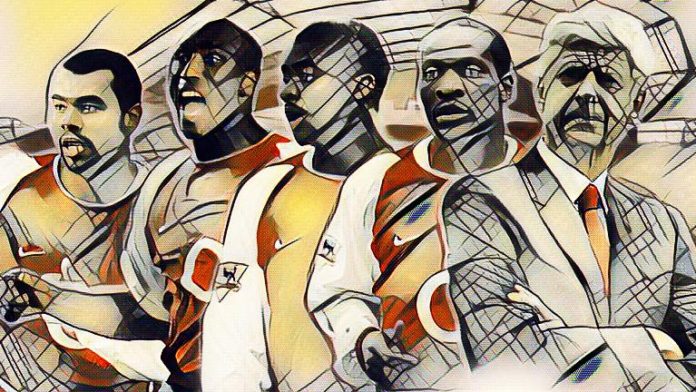 The season is over; all decisions have been made. You have either overachieved, underachieved our you got exactly what you wanted. No matter what, it is now time to evaluate the season and to make decisions going forward.

One part of the team that can always be a bit hard to evaluate is the defence. There are several reasons for that: First of all, even real life struggles with metrics that can properly evaluate the performance of single defensive players. There are some decent metrics like expected goals that can somewhat evaluate collective defensive performances but these don’t exist in Football Manager. Miles Jacobsen once said it’s something interesting but there are so many different models around so this is unlikely to happen.

However, there are ways to evaluate defensive performance, both in a quantitative way through Numbers and in a Qualitative Way through other Data the game provides. Let us start with the Numbers that you can use:

Well, this is an obvious one but looking at Goals Conceded and comparing it to the other teams in the League and around the table should always be your starting point. This is a good metric but obviously not the only one because Goals Conceded don’t necessarily tell the whole story (more about it in the qualitative part)

If there is one thing I would like to see in one of the next editions of Football Manager, it’s a little overhaul of the Stats Section in the Competitions and in the Team Reports Tabs. There is a lot of Data like Clear-Cut Chances, Half Chances and Long Shots that you should have in your Match Stats settings but none of these show up as Totals or per 90 values anywhere outside of it. This is why I like to just note down the Clear-Cut Chances & Half Chances created and conceded. CCC and HC are a bit iffy on their own because I am not quite sure how FM determines what is either of them so it’s important to use both in conjunction. Following Data is from a 34 game season:

I think it’s fair to say we did fairly well. Just assuming that an average Clear-Cut Chance has a chance of about 55-60% of ending up in the back of the net and Half Chances with a chance of about 20% (from my personal experience these are fair assumptions), we end up with roughly 40.5 goals we should have conceded. In this case this is about the number of goals. The prediction from this basic model is right in this case (and for 34 games, 41 goals conceded isn’t bad, especially in a season with an above average Goals/Game of 3.0) but it can be wrong so it’s always worth looking up. This obviously ignores the other chances but from looking at Data over three seasons it is better than looking at Shots on Target conceded. Also, should be noted that we did concede 10 of those Clear-Cut Chances to Bayern – the best team in the League. Another thing to look it is the percentage of Shots Against that are Long Shots because if this is high your defence is probably doing something right.

The rest of the numbers FM gives you aren’t great. If you look at what the game deems as “Defensive Team Stats” you see things like Fouls Made or Tackles Won and these aren’t conclusive at all when it comes to collective Defensive Efforts.

Who did you Concede Goals/CCCs against?

You might have conceded a lot of Goals against really good teams which is fine because that is to be expected especially if you are not a very good team. Or you do very well against these teams. In this case it might be worth looking at the Tactics: Do you play different Tactics in these games? Well, then it might be worth looking at these in a bit more detail as to how you might be able to employ certain patterns of them in the Tactic you use in other games.

What do you want to do?

There are different sorts of Tactics that can lead to different results in terms of your Defence. Do you play with a High Line and lots of Possession? Well, in that case you might concede a lot from balls played over the top that usually result in Clear Cut Chances. Do you sit back and just wait for the Break? In this case you might concede more Half Chances and a bunch of Long Shots because Teams are trying their luck or they try to draw you out. This can have implications on Transfers. If you play the aforementioned high line you want a Keeper who is good at rushing out and good at One on Ones. If you sit back you want a Keeper who is good in the Air, has good Reflexes and maybe a Tendency to Punch. This also links nicely into the third part of it:

Where do you concede from?

End of season analysis is often linked to transfer, contract or tactical decisions. This is why it is always worth to look at where the Assists for your Goals Conceded came from. You can do this on Tactics à Analysis à Goals à Assist Locations. If you look at this and think about the most common Scenarios that have led to goals against you can come to certain conclusions. Do most of the Assists come from wide areas? Well, this might be because a) Your Fullbacks are getting caught and leave space behind, b) you are defending very narrow, forcing teams wide, c) your Fullbacks are not any good. There isn’t any tool that visualizes Key Passes against for a whole season but it’s also something worth looking at on a match to match basis to determine your weak points during the season and maybe fix them in January or fix them via switching Tactics. It might be worth looking at the main time frames you conceded goals in but personally, I haven’t been able to draw any conclusions from it.

As always, if you want to hit me up, talk to me or ask me anything I am in the FM Slack or you can follow me on the Socials that are on my profile. Or you use the comment function below if you got any questions.