Last time out I wrote about our heroics of finishing 2nd in the A-League which was something that I wouldn’t have imagined in my wildest of dreams. I knew that as I finished 2nd in the league with Wellington who were a side who were destined to perform poorly and finish bottom I would be getting job offers and there was one job which I had my eyes upon. That job was the hot seat at Melbourne City F.C. who won the league last season and have a bucket load of money because they are backed by the City group.

Guess what happened on the first day of the transfer window the Melbourne City boss resigned from the position and I quickly went into the job center. There I was the favorite for the job and I obviously applied for it. 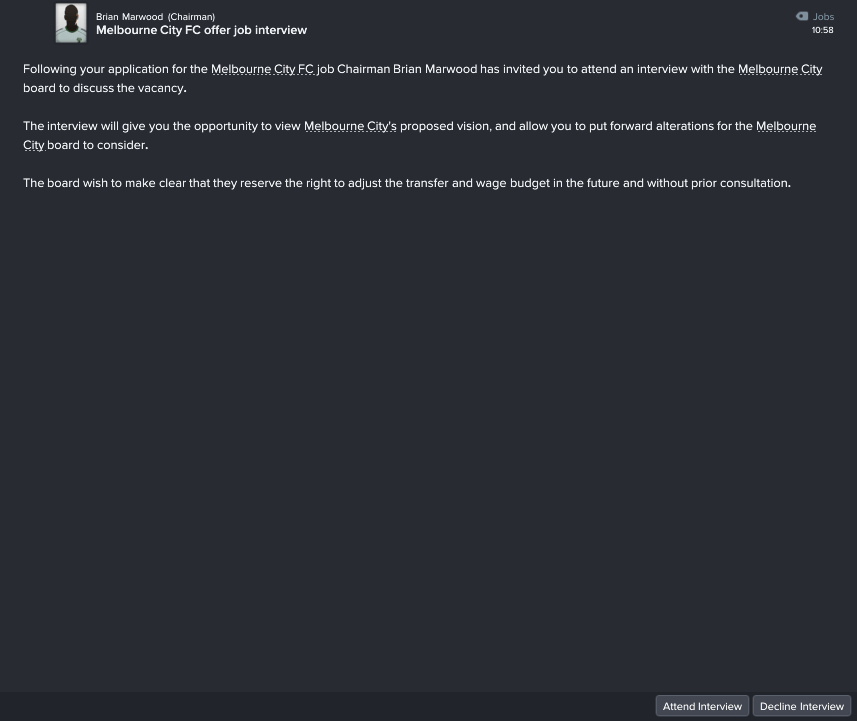 They offered me an interview and the contract soon followed- 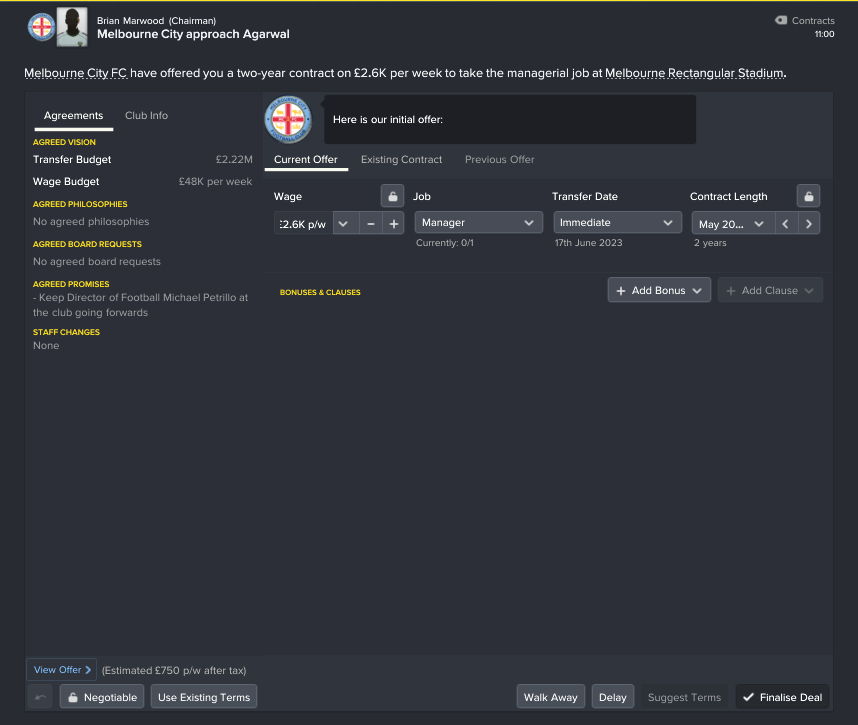 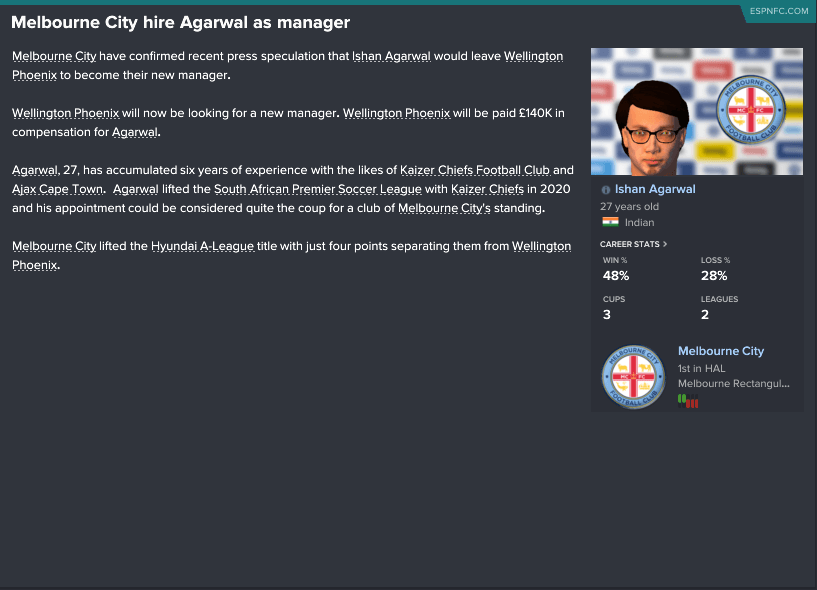 I was absolutely delighted and I took the job. Some might say that why did I leave Wellington after doing such a good job or so I think with them? The aim with this journeyman as I have mentioned before isn’t to build a legacy at a club it’s to go around the world and become one of the best football managers. And to do that I would have to win the league and as a result Melbourne City seemed like the perfect destination for me to step in. 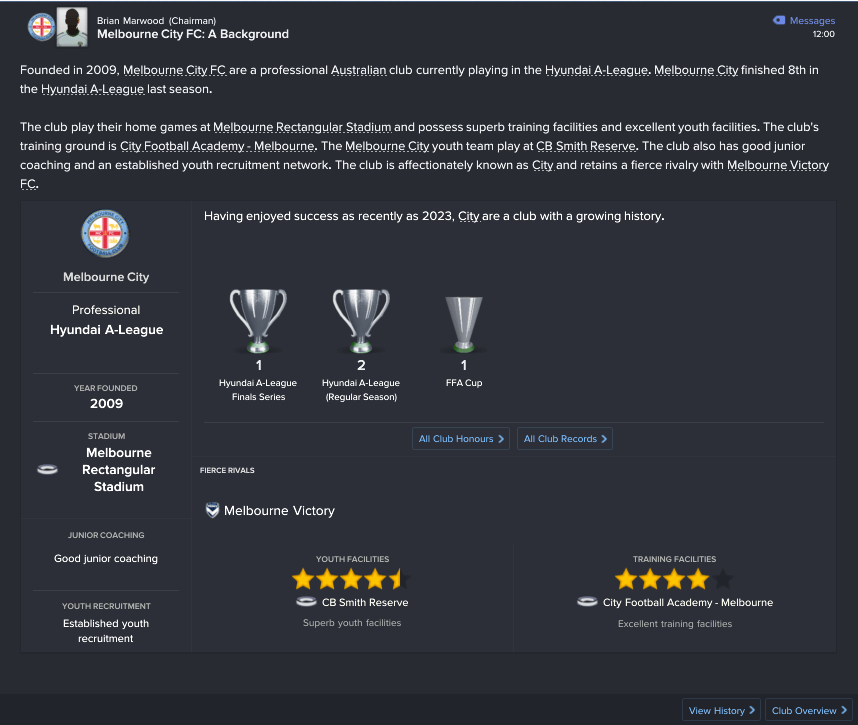 The squad that I have inherited is from the manager who won Melbourne the league and to be honest it is one of the best so far in the series. As always I will be taking you through some of the better players in the squad.

All of these 4 look really nice and the best part about them is that all of them are 24 or under which gives quite a bit of youth to this side as mentioned with the great youth facilities for this level. 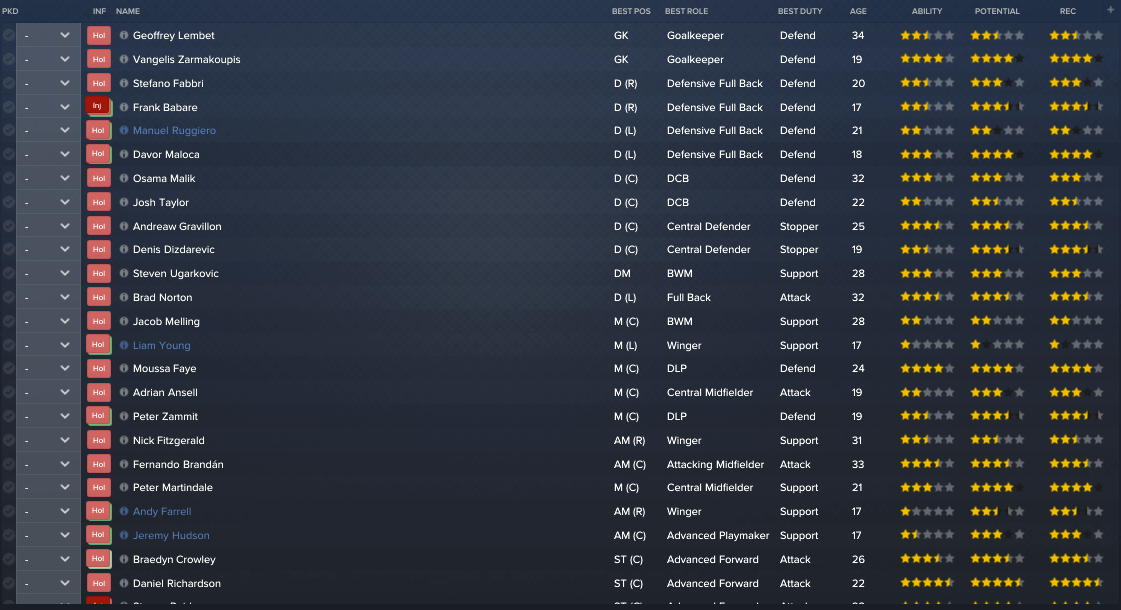 Hi if you enjoyed this do follow me on Twitter and Slack to get to know more behind the scenes about my save.