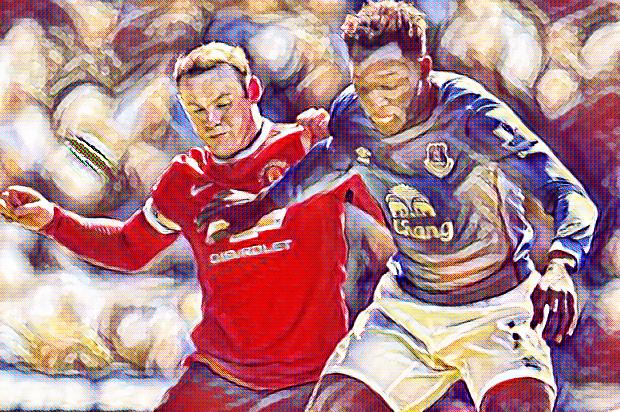 Romelu Lukaku broke Everton hearts this week when it was revealed that he currently has no desire to extend his stay at the Toffees despite having a contract that still has two years to run. As such the rumour mill began to grind out potential destinations for the Belgian striker – one such club was none other than Manchester United.

Over at Old Trafford there’s another player whose future has been the subject of speculation, a certain former Evertonian by the name of Wayne Rooney. Rooney has been the subject of interest from the emerging footballing powerhouse of the Chinese Super League as well as European Football’s latest retirement home – Major League Soccer. However, rumours of a return to Merseyside are never far when chatter about Rooney begins.

So, what would happen in that hypothetical universe where the two trade places: Can Lukaku lead the line for United and push them back to where they belong at the pinnacle of English football? Can the return of the prodigal son Rooney inspire Everton to step out from behind Liverpool’s shadow and make a return to Champion’s League football for the first time since 2005? Football Manager can give us an idea.

Ronald Koeman only made it to 4th December before being sacked and replaced by ex-Swansea manager Francesco Guidolin.

The Special One, Mourinho, successfully kept his place in the Old Trafford dugout. 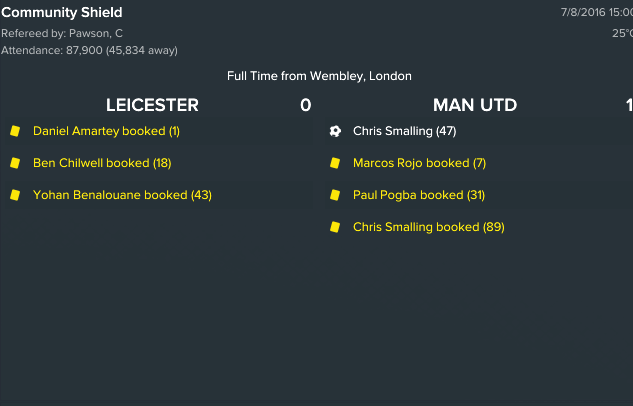 There’s no better place to start than with the league. The pre-season prediction expected Manchester United to be challenging their City rivals for the title meanwhile Everton were expected to labour to a midtable finish.

In the end United could only find a disappointing 6th place finish but devastatingly Everton found themselves relegated as they ended the season rock bottom in the league.

Everton suffered an embarrassing 2nd Round defeat to League Two Mansfield. The Blues sent out a mostly reserve side apart from Joel Robles, Ramiro Funes Mori and goalscorer Kevin Mirallas. 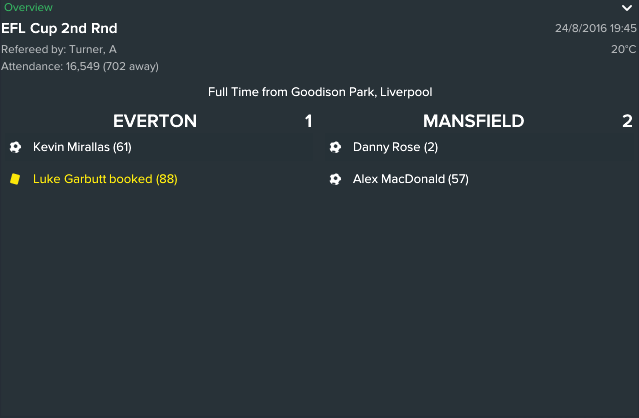 United made it to the Quarter Final before losing 1-0 to eventual EFL Cup winners Chelsea. 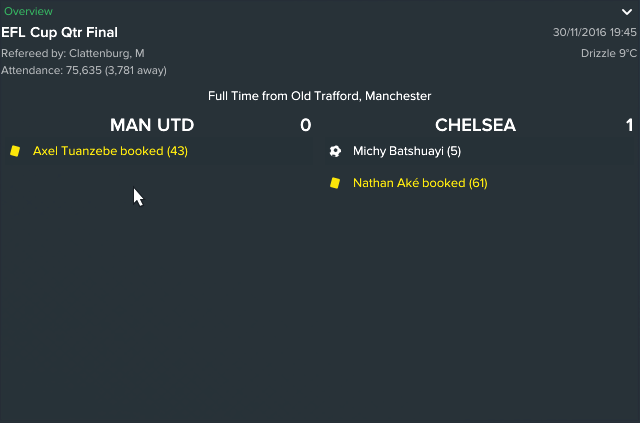 A disastrous FA Cup exit to Leicester in the 3rd Round compounded an utterly disappointing season for Everton. 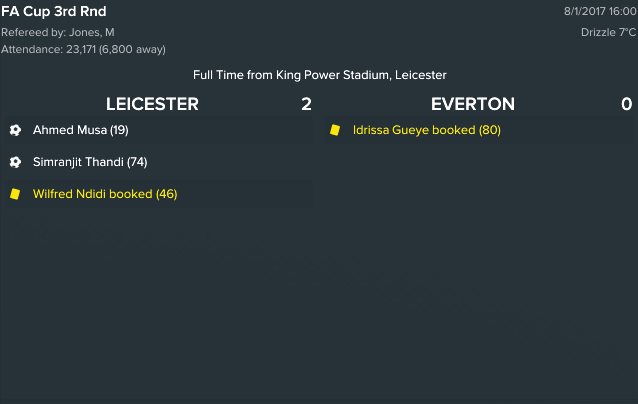 Manchester United fell afoul of the same foe in the FA Cup Semi Final as Leicester recorded an extra time victory although they were powerless to resist Spurs in the final. 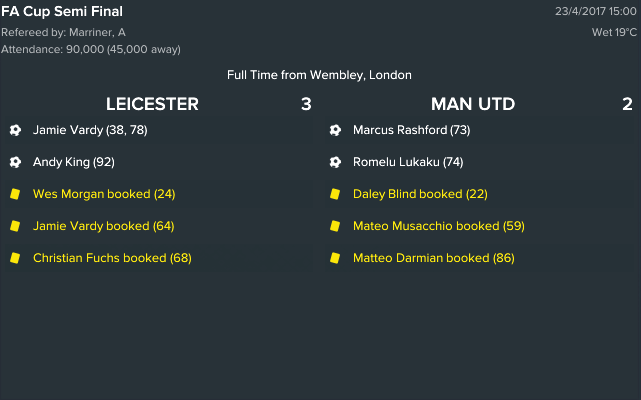 The shining light in Manchester United’s season was undoubtedly reaching the Euro Cup final as they recorded a semi-final victory over Atletico Madrid en route. The final was a resounding success as The Red Devils were in total command in their 3-1 victory over Borussia Dortmund. 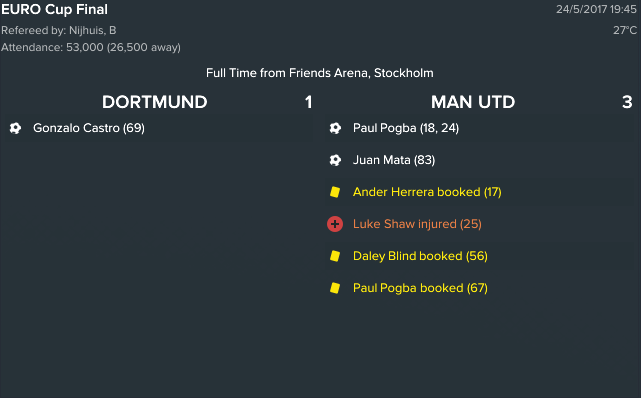 It was United who also won this section as they completed the double over Everton in their two meetings through the season. 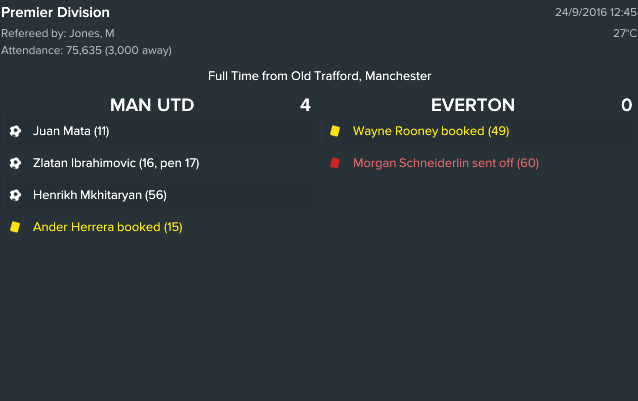 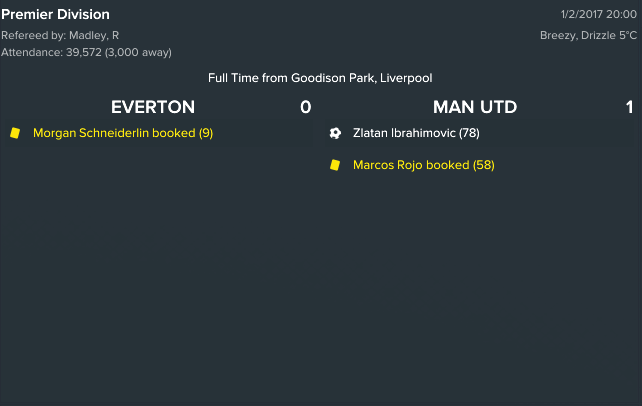 What of the players themselves?

Lukaku only managed 31 appearances (16 starts) with 2 of those coming for the U23 team. He scored 17 goals in that time with his best showing coming in the Euro Cup. The only injury of note was a three week absence in January due to strained ankle ligaments. 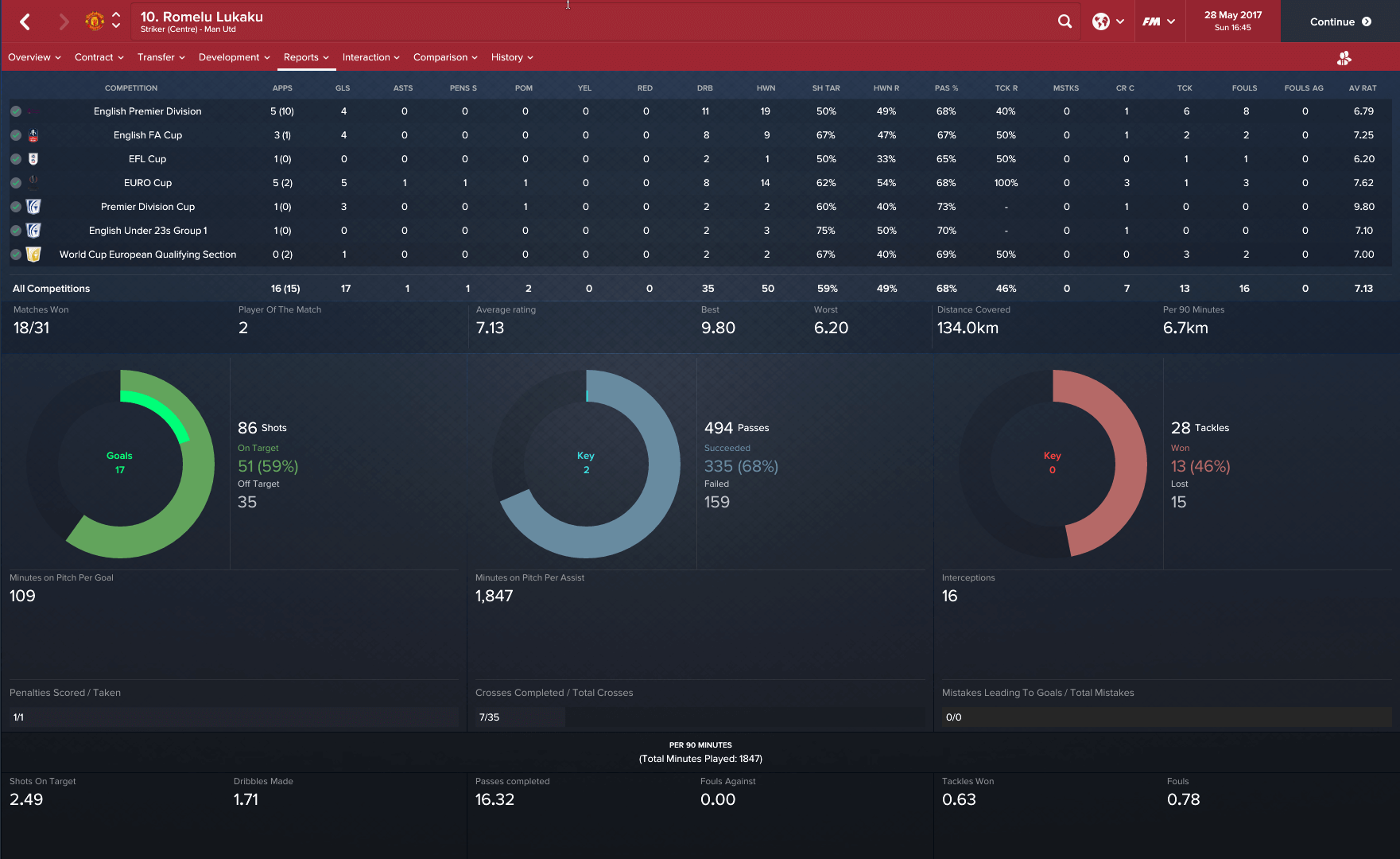 Rooney had a significantly poorer season despite racking up more appearances. 37 appearances (all starts) resulted in only 6 goals and 4 assists. 3 appearances, a goal and an assist came in U23 competition. A four week lay off in January because of a hernia and five days out with a chest injury in March were his only absences. 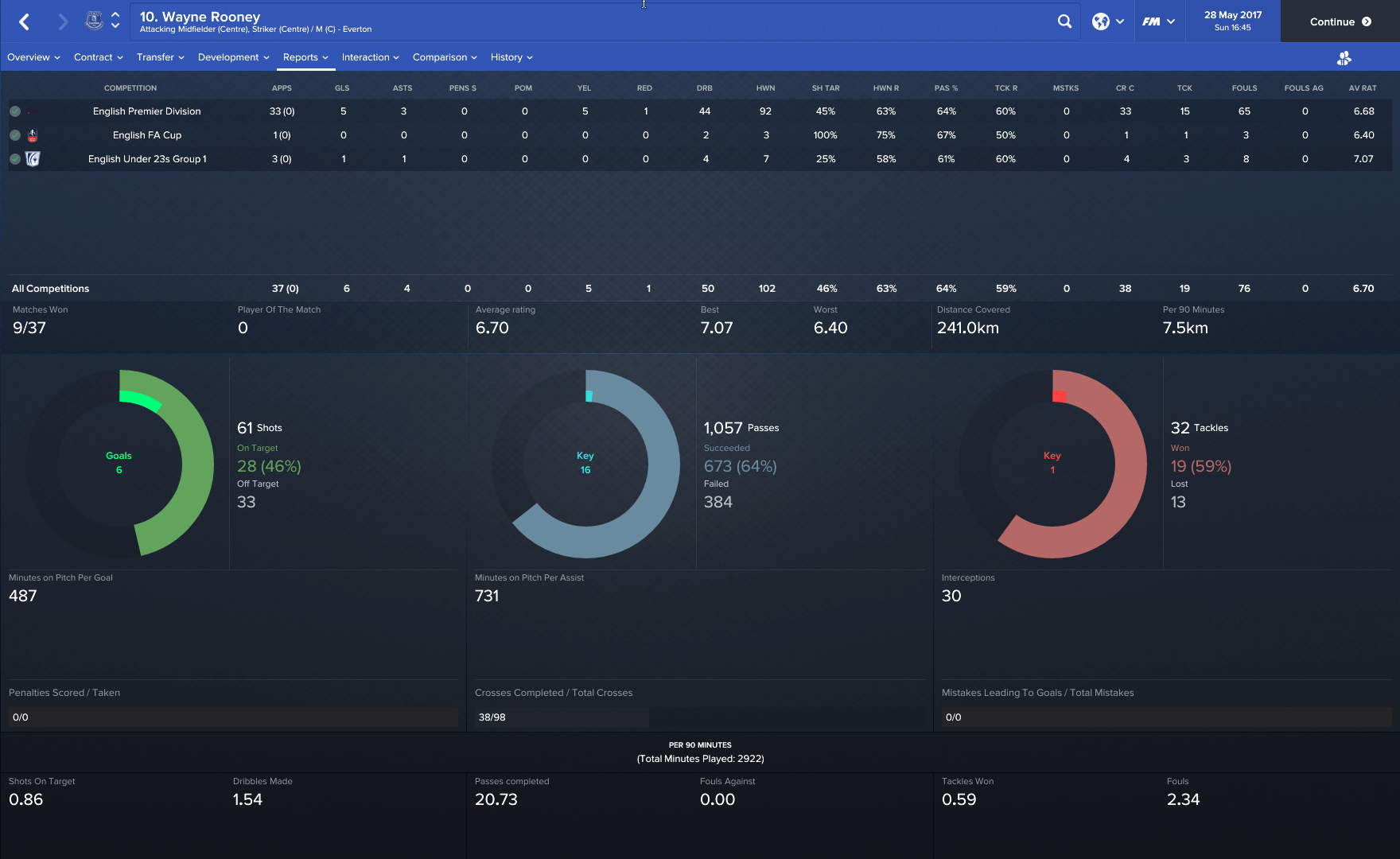 Wayne Rooney’s loyalty would be tested with the relegation and we only had to wait until August to see him agree a move to Italian side Torino for £4.5m (rising to £5.75m).