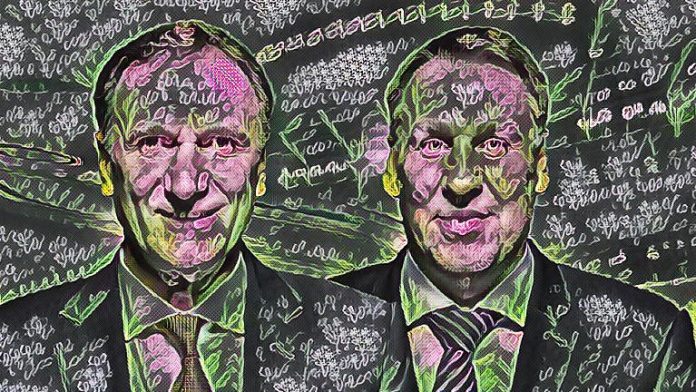 Anyone who watches Gillette Soccer Saturday will be aware that the punditry panel always provide insightful, measured and sensible opinons(!). One of Paul Merson’s famous claims is that certain Premier League clubs would perform better if they employed English managers, people who “know the league” – whatever that means. One man often pushed as fitting this template is Tim Sherwood, once described by Jamie Redknapp as a Proper Football Man.

Hull are the latest club to fall afoul of this criticism. Marco Silva doesn’t “know the league”, his experience in Europe counts for nought when it comes to the Holy Grail of the Premier League. So this begs the obvious question – under similar conditions, could some ‘proper football men’ do a better job than Marco Silva? It’s at this point that we turn to Football Manager for its thoughts on the matter…

We have simulated the 2016/17 season with Marco Silva as a control for comparison alongside four other managers that we have picked out from the game as Proper Football Men: Terry Butcher, Paul Ince, Ray Wilkins and, naturally, Tim Sherwood.

Marco Silva’s season at Hull ended in despair as the Tigers succumbed to relegation. If we were to shine a better light on things Silva managed to lead them to 19th place – a whole place higher than the media expectation. 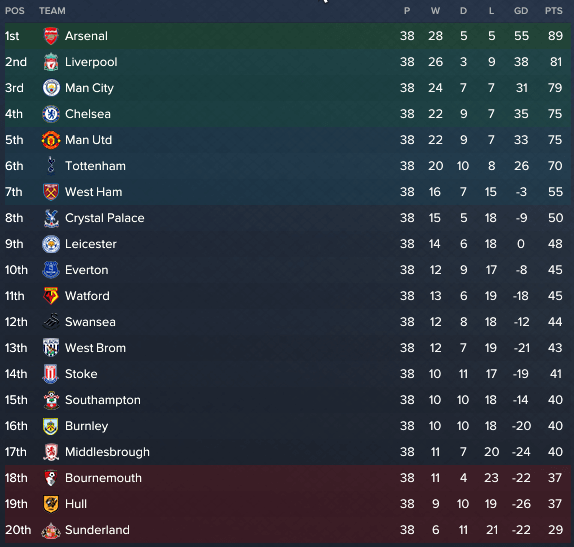 Silva’s Hull managed to make it to the quarter final of the EFL Cup before crashing out to Crystal Palace who would go on to finish as runner up.

Silva could only make it to the 5th Round of the FA Cup before losing out to Huddersfield in a close encounter.

Marco Silva made only two signings in the January transfer window. Shane Long was the pick of the two with 8 goals in 16 appearances. There was no obvious method in the transfers out sanctioned by Silva. 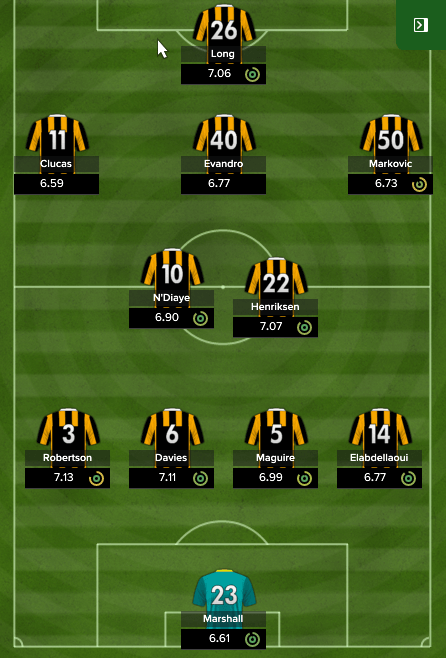 Terry Butcher has done it against the odds and managed to ensure Hull’s Premier League safety, finishing the season in 17th place. 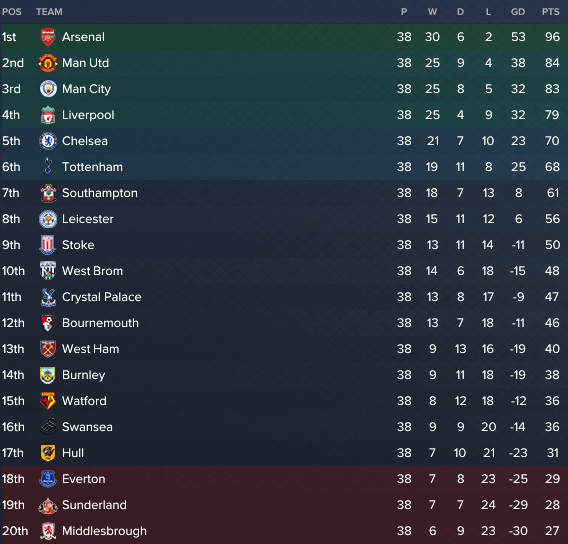 An EFL Cup run saw The Tigers go out in the semi-final in a close match up against eventual winners Arsenal.

The FA Cup was not such a success for Butcher as Hull went straight out in the 3rd Round.

Butcher made no January signings with Elmohamady’s loan to Porto the only major departure.

Terry Butcher sent the team out in a 5-3-2 WB formation. 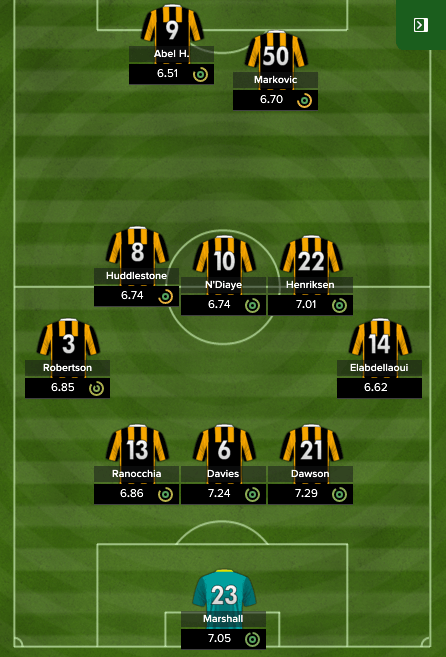 Paul Ince managed to guide Hull to a 17th place finish thanks to a victory on the final day of the season. 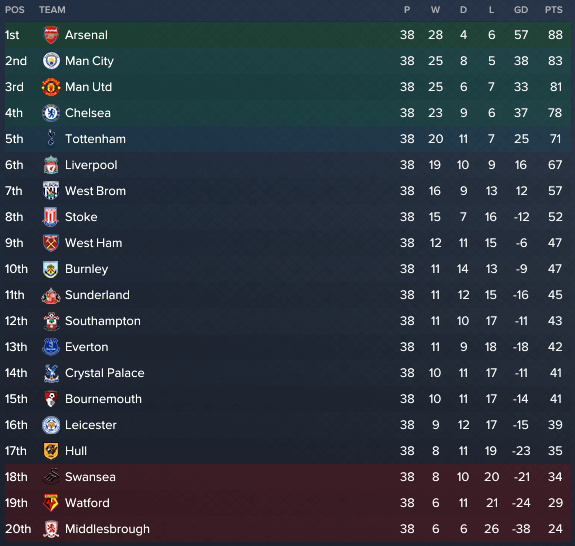 There was a 4th Round exit from the EFL Cup for Ince’s Hull to Stoke.

The FA Cup was no more successful as Hull fell in the 3rd Round to Championship Ipswich.

January was a busy period for Paul Ince  as he made four signings: Oldaker was one for the future while Goldson and Gardos slotted into the senior squad. Dean Marney made a return to Hull after leaving for Burnley in 2010. A number of outgoings as Michael Dawson, David Meyler and Will Keane went out on loan while Diomande was sold to Nice. 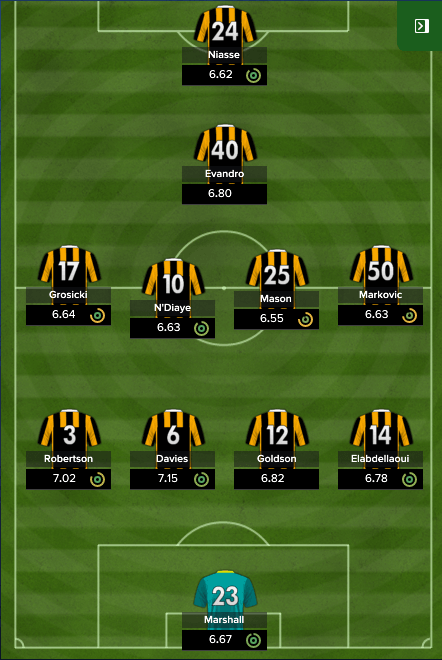 Ray Wilkins exceeded expectations even further by finishing in a lofty 15th place in the Premier League! 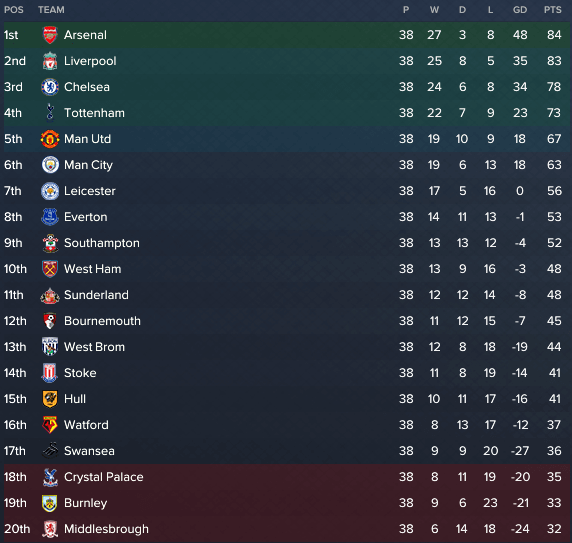 A fantastic run in the EFL Cup including a victory over Man City led to Hull being runners up to West Brom in the final.

A shocking 3rd Round exit in the FA Cup to Burton for Ray Wilkins’ Hull.

No transfers in for Ray Wilkins but loans for Diomande and Meyler as well as a big sale for Henriksen after only six months at the club.

Ray Wilkins conformed to the expectations we had as he played out a 4-4-2. 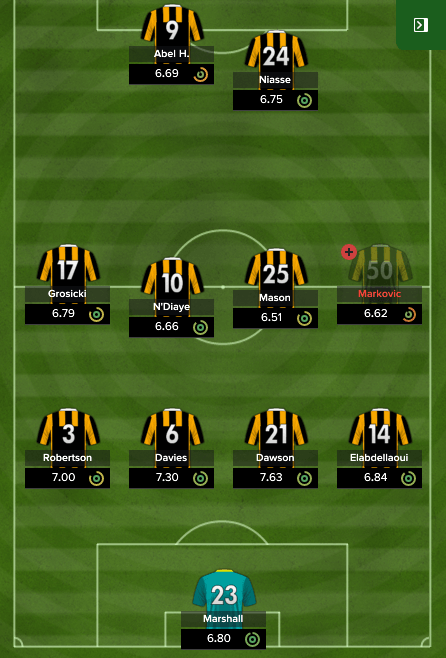 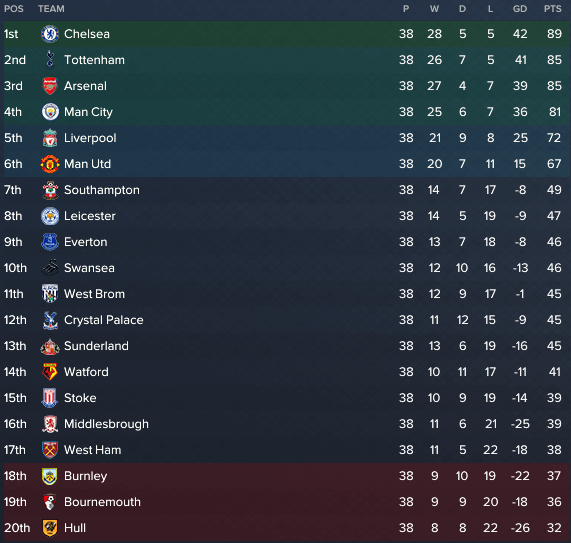 Sherwood’s Hull could only make it to the 3rd Round of the EFL Cup before going out on penalties to West Ham.

The Tigers took Reading to a replay in the FA Cup 3rd Round but were beaten in extra time.

Sherwood was clearly relying on his tactical nous as he failed to make any January signings. Diomande went to MLS and Meyler went out on loan. 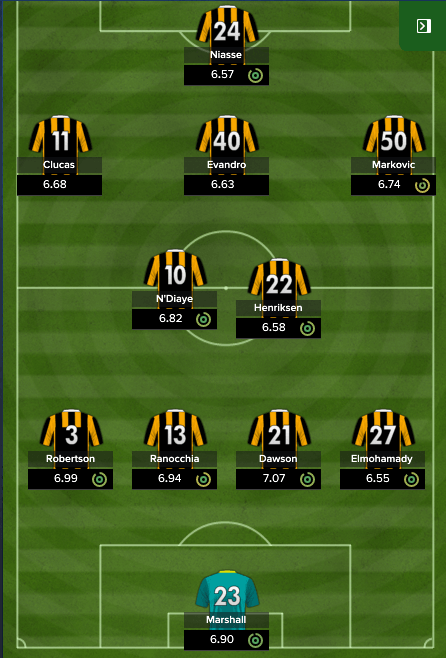 The Best of The Best

It’s almost a clean sweep for Ray Wilkins. Are the pundits right after all? According to Football Manager Mr Allam need only lift the phone to Ray Wilkins should Marco Silva falter!

John Dolan - August 19, 2020
0
So, through data analysis of the best players in the Championship, we have created an inexpensive, highly specialised team, designed to fit an incredibly specific system. This is unlikely to achieve immediate trophies or European football, but the hope is that it...
Read more
Load more