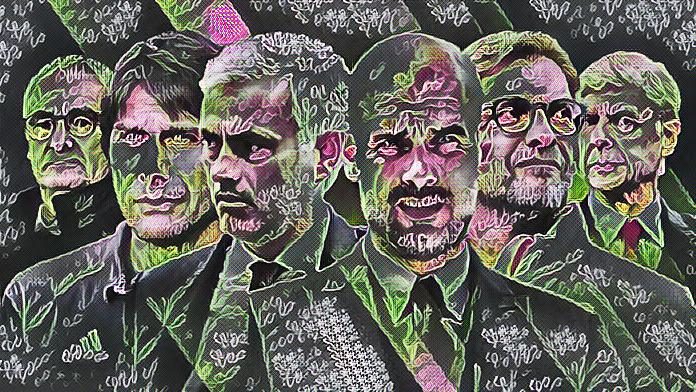 Pressing has been a part of football for a long time now but especially in England it wasn’t a big topic of conversation before managers like Klopp, Pochettino or Guardiola arrived. I present you three ways you can go about creating a Pressing System in FM17. There are probably more options but I opted for the ways that I have been successful with. 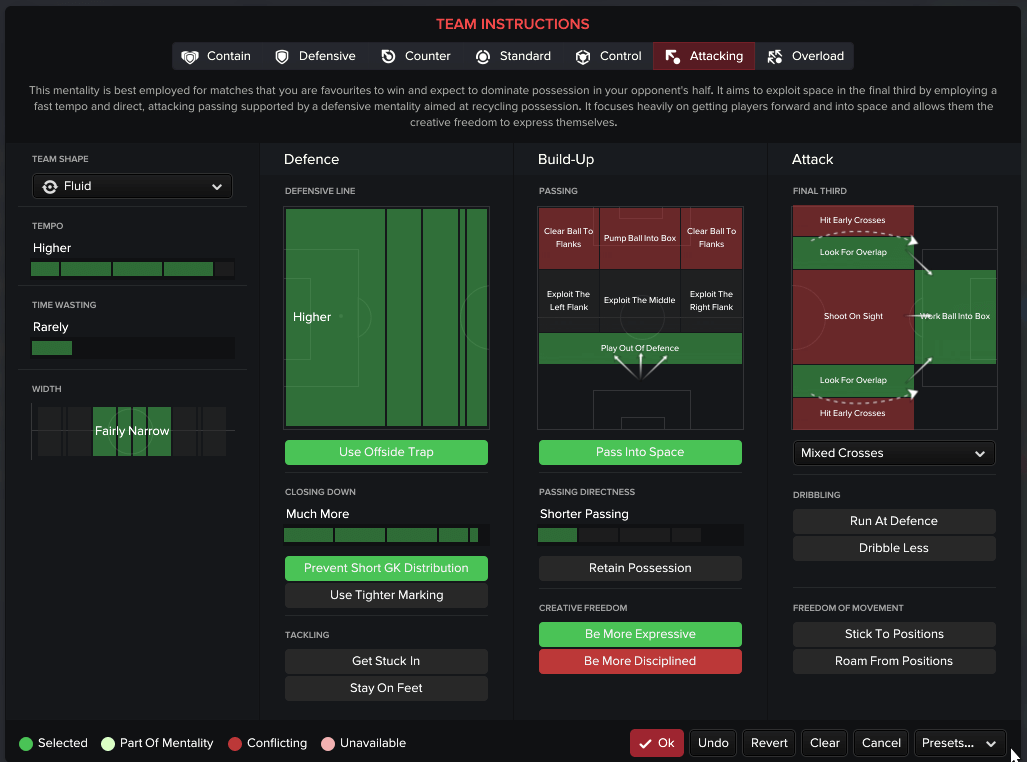 Playing Counterpressing in FM has always been a bit iffy because it depends on Pressing triggers (like losing the ball in a situation near the opposition goal) even more than others and they just don’t exist in the match engine. It might because they are hard to implement and/or because SI don’t feel it’s worth it. However, you can still play a Counterpressing style. There are some fairly obvious Instructions like “Close Down Much More” and the higher line to compress the space between your front line and your defensive line in order to “choke” the opponents. You are also going to want to “Work the Ball into the Box” because it doesn’t only work as a measure to prevent long shots but it also helps with the shape of your whole team and thus it affects your ability to press.

The “fairly narrow” instruction is there to make your team compact and to compress the space that the opposition has to play through. “Look for Overlap” very much depends on the sort of formation you are playing. I have been playing a 4-4-2 and I want my fullbacks to overlap my wide midfielders. We want to play it out from the back through our compact shape and we do want to do this by short passing. This is also leading to more possession and possession is the best way of defending. 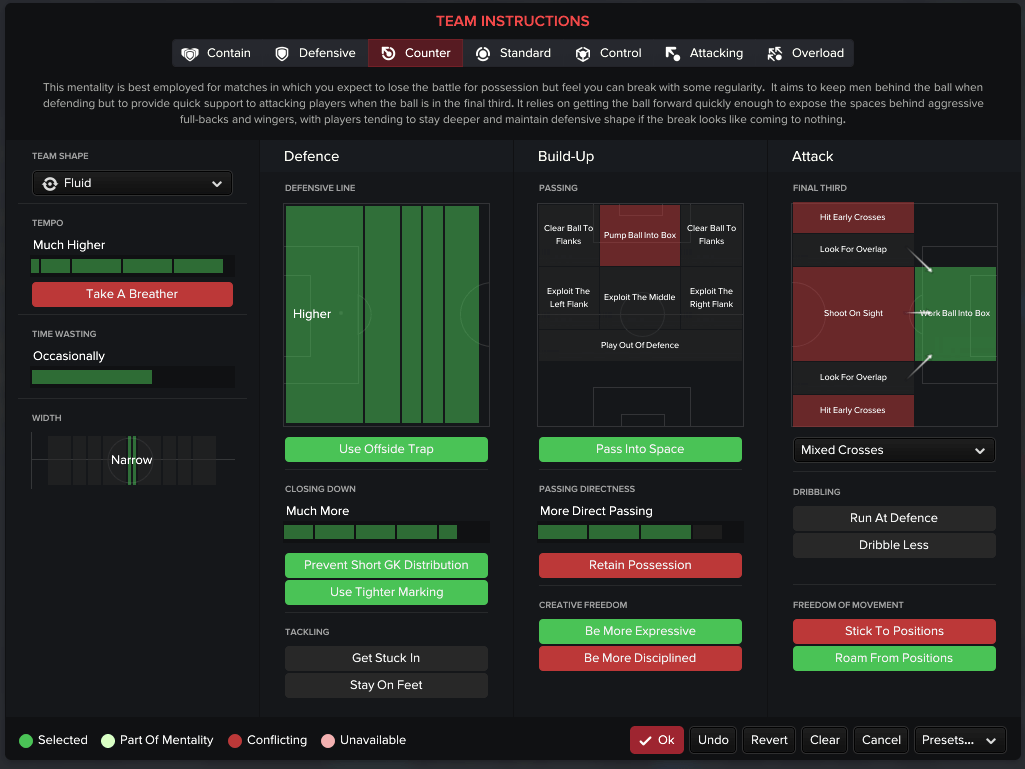 You can do it like Guardiola and just play your way through and go into Pressing phases whenever you lose to ball or you can do it like Leipzig and just go for crazy Pressing and direct football. While the tempo doesn’t really matter for the other two forms (I just have it on Higher Tempo there because I like it), it is very important here. You want high intensity pressing pretty much all over the pitch, you want to be as compact as humanly possible and when you win the ball you want to get it to your striker(s). Your strikers need to fast and they need to be hard working, just like all of your team needs to be hard working. 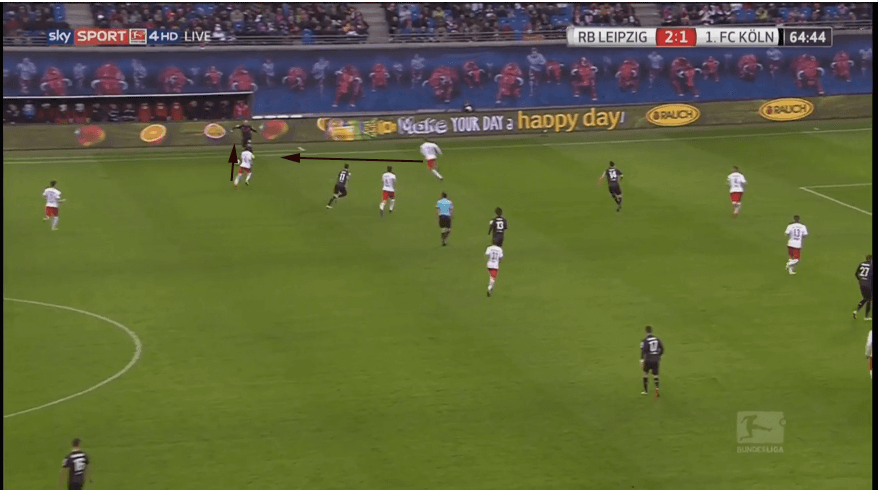 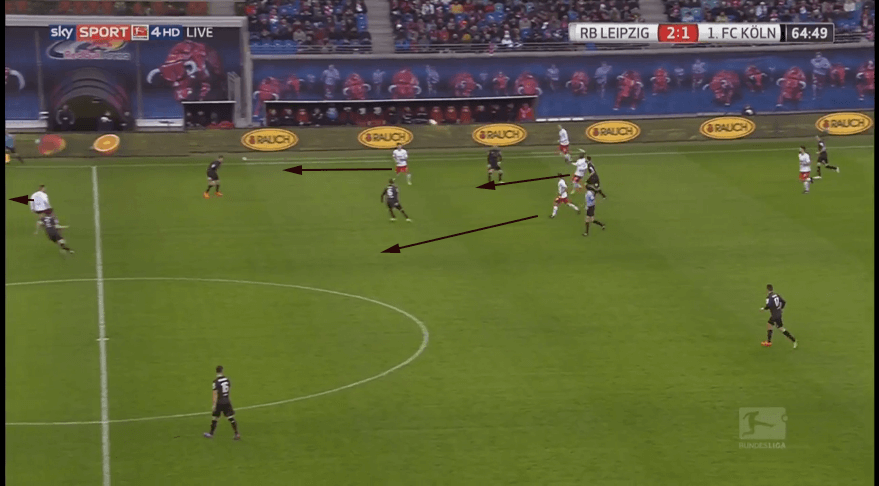 Here, Leipzig double up on Rausch on the left side. They force him into a failed pass at 64:44 and in the next picture at 64:49 Naby Keita has just clipped a ball over the top for Timo Werner to run onto. He is also a perfect example for the kind of forward you want in this system. Fast, hard working and decent in the air. One of the good things about this sort of system is, that you can conditionally drop deeper and just demolish teams that dare to actually come at you.

With this kind of approach, you don’t want to play it out from the back because you have an emphasis on second balls. Whenever there is a long ball, be it from a goal kick or just from one player being forced to lump it long the target is to win it right back. So pack the midfield and just win any ball that gets deflected somewhere from a 50/50, headed somewhere and so on. 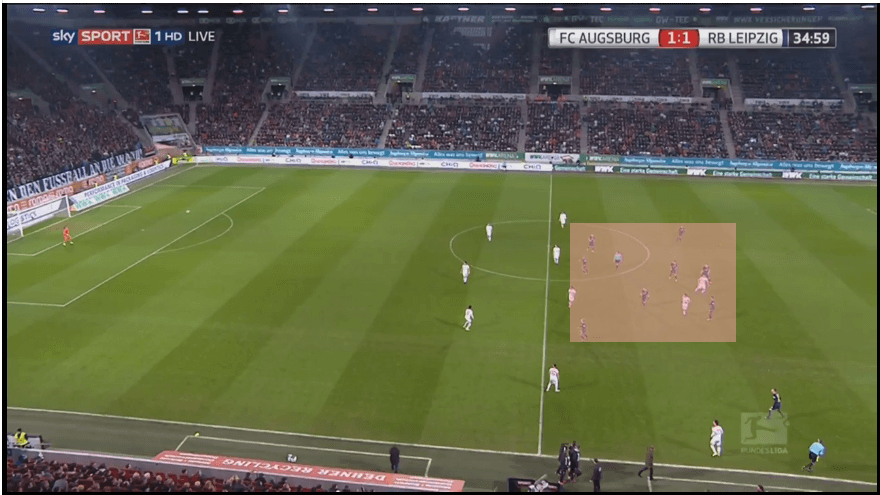 Like you can see here, Leipzig is very compact at goal kicks with all players bar one in the highlighted space. You can’t go this crazy compact in FM but closing down short kicks (to force long ones) and not taking them yourself does help you in this regard.

This time I also included “Roam from Position” because this is more of an actual counter tactic. 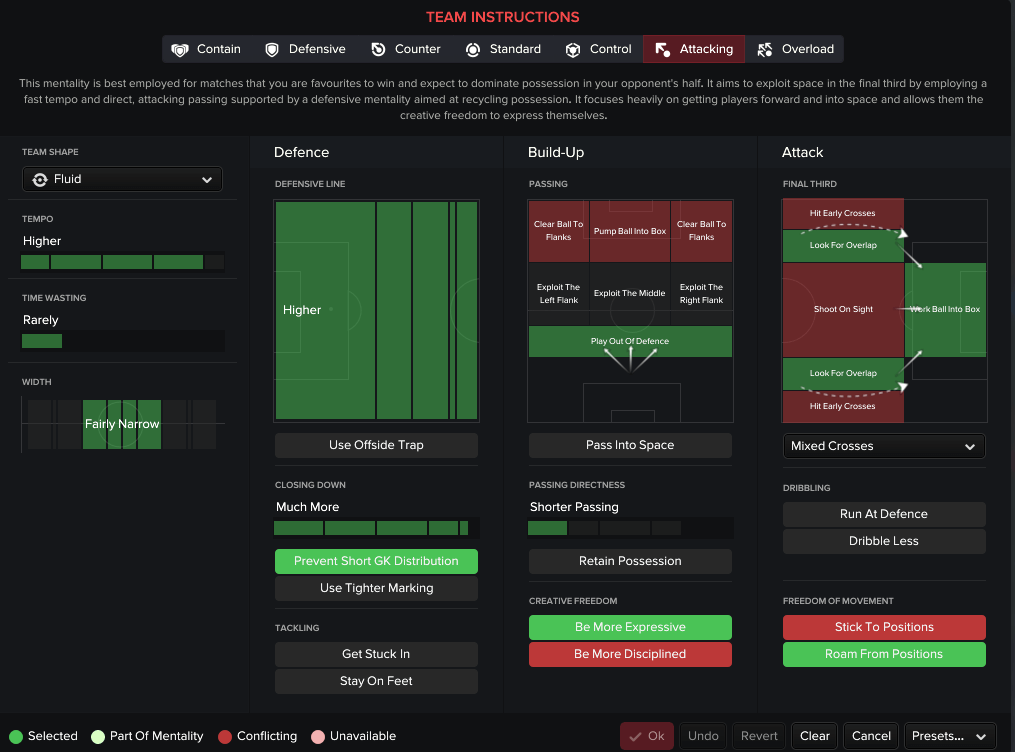 Now, the name might sound a bit boring and this kind of Pressing might be the most boring of them all. Unlike the other two versions, this is not as much about the transition moment. You are already playing a fluid attacking style and you want to move the ball through the opposition defensive using intricate passing combinations? So, why not try to spice things up with a bit of Pressing then? Of course, not all of your attacking moves can end up in a shot on goal or a goal but you want the ball back to go again, right? This is where Closing Down More and Maybe even going Higher Tempo can be beneficial. You force the opposition to play it long and you reduce their good options to make it out of your stranglehold and your midfielders are going to defend with a lot more aggression. Obviously, like most Pressing based systems you are vulnerable to long balls over the top so having a CB on cover and relatively fast CBs is recommended. 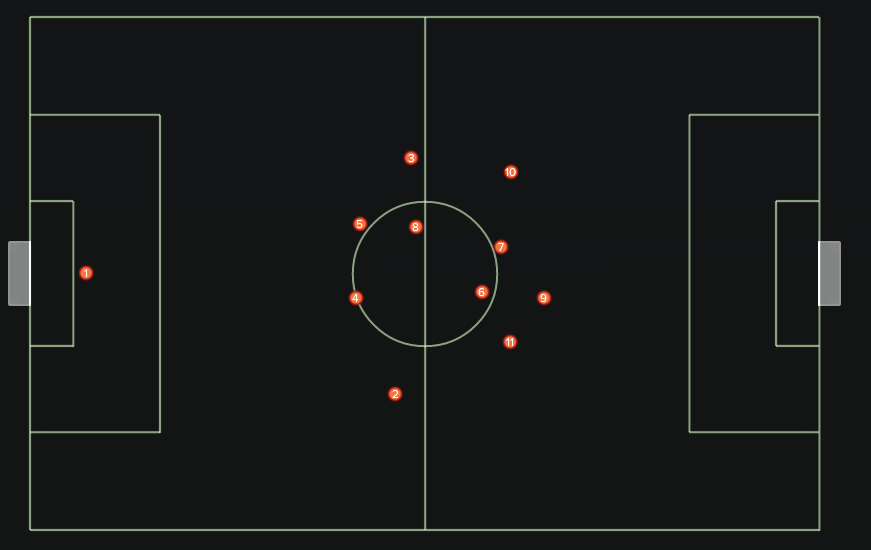 With all of these three ways of Pressing you do want a high line and very tight and compact spacing, so if you take a look at the analysis tool after the game, this sort of average position without the ball is something to look out for.

You might also want to take a look at where you win the ball and how often to a) determine how effective your setup is and b) where you have problems and might need tweaking.

If you want to set up a Pressing based system you can choose from a plethora of formations. You can go 4-4-2, you can go 3-4-3 you can go whatever you like. The only important thing is the compact shape. That means Wide Midfielders or Defensive Wingers are always better than just standard Wingers because most of the times you don’t want to stretch the field and if you do it’s your Fullbacks who are most likely going to do a lot work.

Pressing based systems are very demanding and you can’t play them with any kind of player. Your players need some key mental and physical attributes like:

The first three are straightforward. Any player needs to be determined to win the ball back, to work for the team and to run around a lot. But you don’t want your players to completely run out of position to chase the ball and in return get caught making Decisions another important attribute. Aggression means your players will fight aggressively for the ball and that can only be good while Stamina and Natural Fitness are important for your players to a) last long enough and b) recover between matches.

As I said earlier, there are some Instructions regarding Pressing in the Football Manager match engine. But there are ways to get around some of the restrictions with Opposition Instructions. An example: You take a look at the players you are facing next game and realise that one of their CBs is horrid on the ball. What you can do now is force the play through him. You do this by Pressing the surrounding player and forcing them onto the foot they would use to play the ball to let’s say the DCR (thanks a lot to DerFM for this idea).

Counterpressing, Leipzig-Style Pressing or any other way of Pressing isn’t a sure fire way to win a game but if you have the right players it can help you against a lot of teams, especially if they don’t have players that can exploit your weaknesses (like pacey strikers)

If you want to hit me up, talk to me or ask me anything I am in the FM Slack or you can follow me on the Socials that are on my profile.