So, where do I begin? I guess the obvious and most sensible thing to do would be to give you a little bit of information about me and my Football Manager background, right?

My name is Carl. I’m 31, and I started playing Football Manager way back in 1996, when a Tablet was something you took when you had a headache, a Tweet was just something that birds did and Football Manager wasn’t even called Football Manager: It was called Championship Manager 2. It was the beginning of a long love affair that, over the years, has helped me avoid revision, outlasted girlfriends, and become something that my wife has given up competing with. I have played every “main” version since CM2, except for FM11 and FM16, and even bought the “German League Edition” of CM 96/97, or 97/98, or whatever year it was that it came out…

Tactically, I’ve been pretty useless over the years, if I’m honest. I usually end up downloading someone else’s tactic and slightly tweaking it to suit my team, but in FM17, I seem to have stumbled onto something that works for me. It’s nothing fancy – either a 4-2-3-1 or 4-1-2-3, depending on the opposition and what players I have available. So that’s what I intend to use heading into this save. Speaking of which…

With Brexit looming, I have decided to take on the challenge of managing Celtic. Yeah, I know – it’s an easy one – but there are reasons for this decision. Firstly, I wanted to manage in Scotland, for no other reason than I quite fancied it. Secondly, the main goal of this save is to sell all non-British players by the time Brexit kicks in. Initially, I was looking at managing Hibs or Partick Thistle, but they don’t have many non-British players, so it would have been far too easy to achieve my target. At Celtic, there are 20 non-British players at the club, as well as a number of non-British staff – and I’m going to get rid of all of them!

Obviously, it’s no good just selling all these players and saying “that’s it – challenge over!”, so the longer-term goal is to keep Celtic as the dominant force in Scottish football, and then turn our attention to the Champions League… It’s ambitious, but we’ve all got dreams, right? 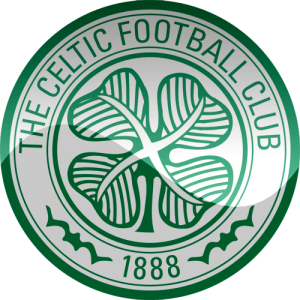 I could go into great detail about the history of the club here… Well, I could talk about how great Henrik Larsson was, at least. But I’m not going to do that – I’m pretty sure most people know all they need to about Celtic. Instead, I want to concentrate on what’s important for this save…

I debated for a little bit about allowing Irish players to stay, because of the strong links the club has with Ireland, but this is Theresa May’s Britain, and Brexit Means Brexit. So they have to go, along with every other foreign player or coach. Obviously at this stage, I don’t know when Brexit is going to happen, so I can be a little bit choosy with when to move on my players. There are plenty of them in my squad, with varying degrees of ability. At one end of the spectrum, we’ve got 30-year-old Honduran, Emilio Izaguirre. He’s actually not that bad, but he’ll be one of the first out of the door. On the other end of the spectrum, we’ve got the gifted Moussa Dembélé – I think I’ll be hanging on to him for  while…!

Beyond the players that will eventually leave, there is some quality in the squad. Going forward, Leigh Griffiths is an obvious talent, and Scott Sinclair should be able to provide adequate support from the left wing. 24 year old Stuart Armstrong looks like he could be instrumental in building attacks from the central midfield slot, and Kieran Tierney looks like he has the stats I like in a left back – he can dribble, he can cross and he can defend. He has a high Work Rate stat as well, so I expect big things from him. Unfortunately, he’s the only British defender of any note in the first team squad! I’ve got a bit of work to do in that area. Craig Gordon is getting on a bit, but he’s still a quality goalkeeper, so I’m happy with him between the sticks for the time being.

Looking to the post-Brexit future, the Under-20’s have 7 players that look like they could eventually break into the first team squad, and thankfully they are all Scottish!

I’ll go into more detail about the squad as the story progresses, but I think we are in decent shape. There’s no reason why we shouldn’t stay in contention as we transition to British-only players.

Let’s be honest – nobody really cares who I’ve got in the backroom team. I’ve booted out all the non-British staff members and will be replacing them with Brits, which should be enough to keep Mrs. May laughing like a Bond villain. The remaining coaching staff is better than I expected, so they can all stay. I have one empty slot in my First Team coaching staff, so I’m optimistic about that side of things.

Well, it’s pre-season and Celtic have just hired a former Welsh international (60 games, 1 goal – I must have been a defender), whom has just fired half the backroom staff and immediately put 9 players on the transfer list. With only £2.2m available to spend, it looks like I’m going to have to play a clever game to make the most of any money generated by player sales. If all else fails, I’m a big fan of chucking in the kids and letting them develop by playing first team football, so there’s always that option…

My next update will cover all of preseason, hopefully including a lot of transfer activity, and I plan to do half-season updates from there on. In the meantime, feel free to follow my brand new twitter account – @FMcmp1985 – for short updates and insights to what’s happening as it develops…