News broke this morning that Aitor Karanka had been relieved of his position as Middlesbrough’s head coach. Without a league win since December, Boro find themselves languishing 19th with 11 games left to play. Steve Agnew has temporarily been placed in charge, with himself, Nigel Pearson or Guus Hiddink being viewed as the bookies’ favourites (Paddy Power) to replace Karanka on a permanent basis.

In what was an extremely dignified farewell statement from Karanka to Middlesbrough supporters, the controversial figure of Nigel Pearson would be viewed as the wildcard to take the job. His great escape in 2014/15 with Leicester after being bottom at Christmas may be enough for Boro’s board to take the risk.

Guus Hiddink steadied the ship at Chelsea last season following Jose Mourinho’s capitulation at the helm. With 11 games left and 3 points from safety, Hiddink would have enough time to steer Middlesbrough to safety.

Seen as somewhat of an outsider beyond Pearson and Hiddink, Steve Agnew will be looking to replicate Craig Shakespeare’s exploits at Leicester. Getting a result at home to Manchester United on Sunday could see the Boro board opt to follow Leicester’s blueprint.

Where Karanka failed, either one of these candidates will be looking to take the initiative. Using Football Manager 2017, three different saves have been simulated to determine who would have been the best choice given a full season in charge at the Riverside Stadium.

With Nigel Pearson in charge, Middlesbrough finished 12th. Despite losing 19 games, Boro chalked up enough victories to secure an impressive league position. Bernardo was the the standout performer, proving to be a pillar of consistency at the back with his 7.03 average rating. They exited early from the EFL Cup but Pearson guided them to an FA Cup semi-final at Wembley. 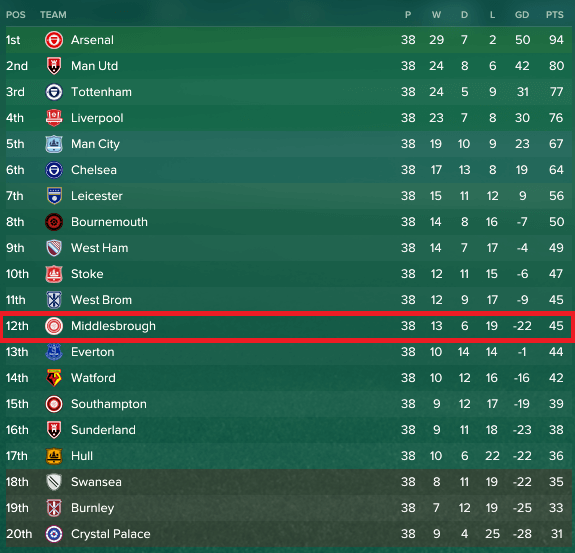 Despite Guus Hiddink’s two success stories as interim manager at Chelsea, his season at Middlesbrough was a disaster as they finished 19th. He lost only one more league game compared to Pearson but the Dutchman couldn’t find a winning formula. A run of 12 games without a win at the end of the season sealed Middlesbrough’s relegation. Calum Chambers flourished in a faltering team that went out in the fourth and fifth rounds respectively in the EFL and FA cups. Hiddink did however surprisingly keep his job. 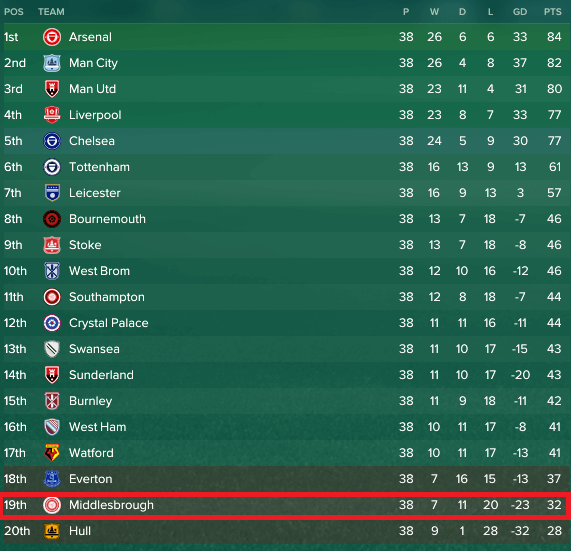 Middlesbrough’s faith in Steve Agnew was vindicated as he marginally avoided relegation by finishing 17th. Agnew struggled for wins like Hiddink and lost the same amount of games as Pearson. His run of losing the final four games of the season gave Boro a scare but fortunately relegated Southampton couldn’t get a victory to save themselves. Calum Chambers once again sent a message to parent club Arsenal with a 7.46 average rating. The most remarkable factor in this save was Agnew going on to win the FA Cup and therefore securing a place in the Europa League. 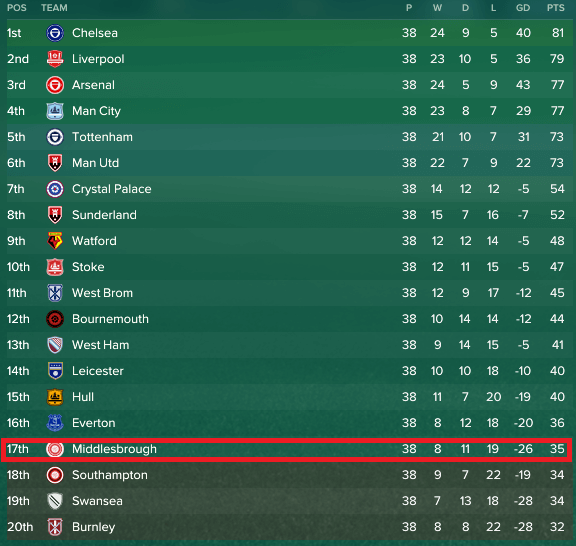 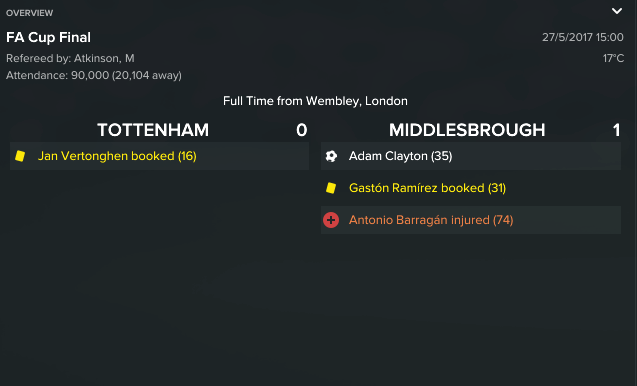 The results showed that that Pearson’s know-how at clubs in similar circumstances to Middlesbrough was invaluable and Agnew delivered a trophy in his first senior managerial role. Hiddink on the other hand couldn’t repeat his fortunes from his stints at Chelsea.