I know that I have been gushing through the seasons here at Wellington but that’s how I have been enjoying my football. Last time out I spoke about our good run in the league which did result in us finishing in 7th, this time it’s a much bigger achievement.

The transfers this season weren’t as many as the previous season but I still wanted to sprinkle a little bit of quality around the squad.(By sprinkle I mean 1 first team player) 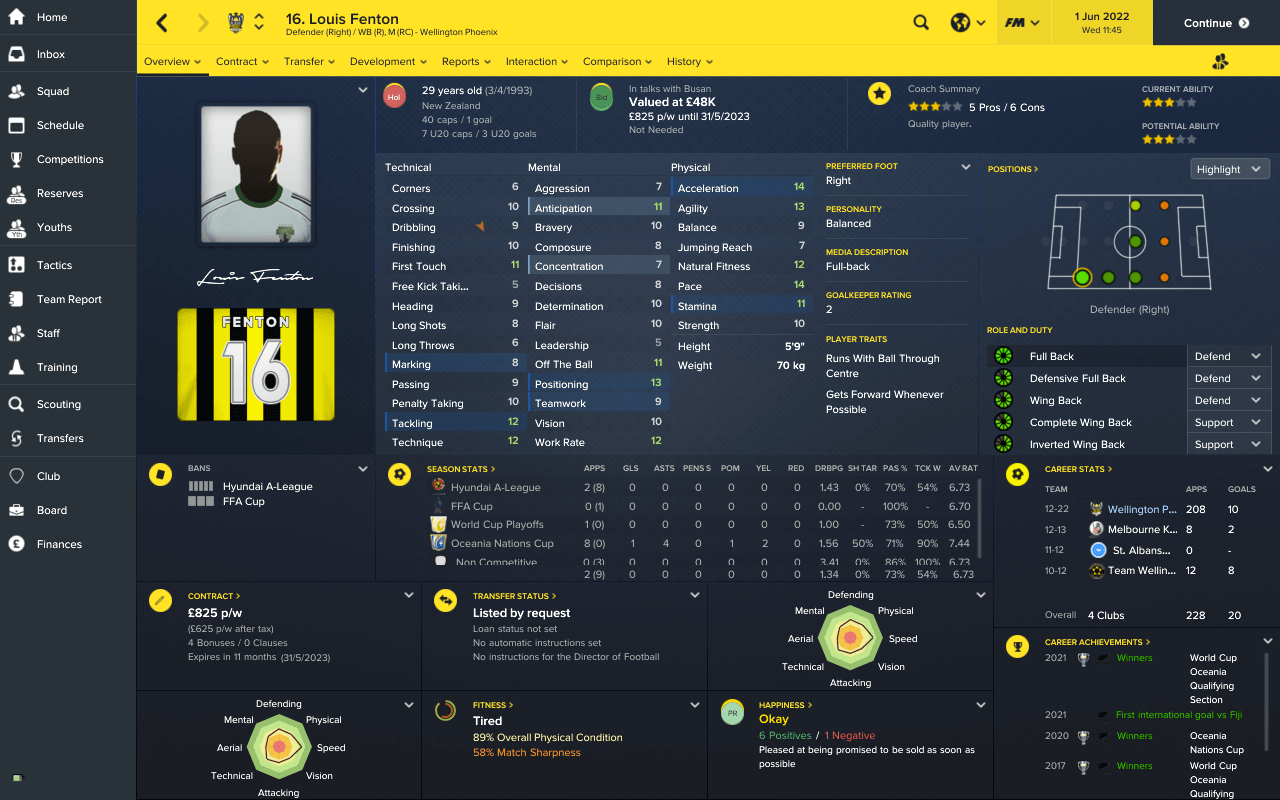 Firstly talking about one of the whole sale departures was Louis Fenton who was one of the better players when I joined Wellington. So basically with the signing of Vedran Celjak last season and with Vedran coming in Louis Fenton became out of order and I had to ship him out. I accepted a bid of 37.5k from a club called Busan. 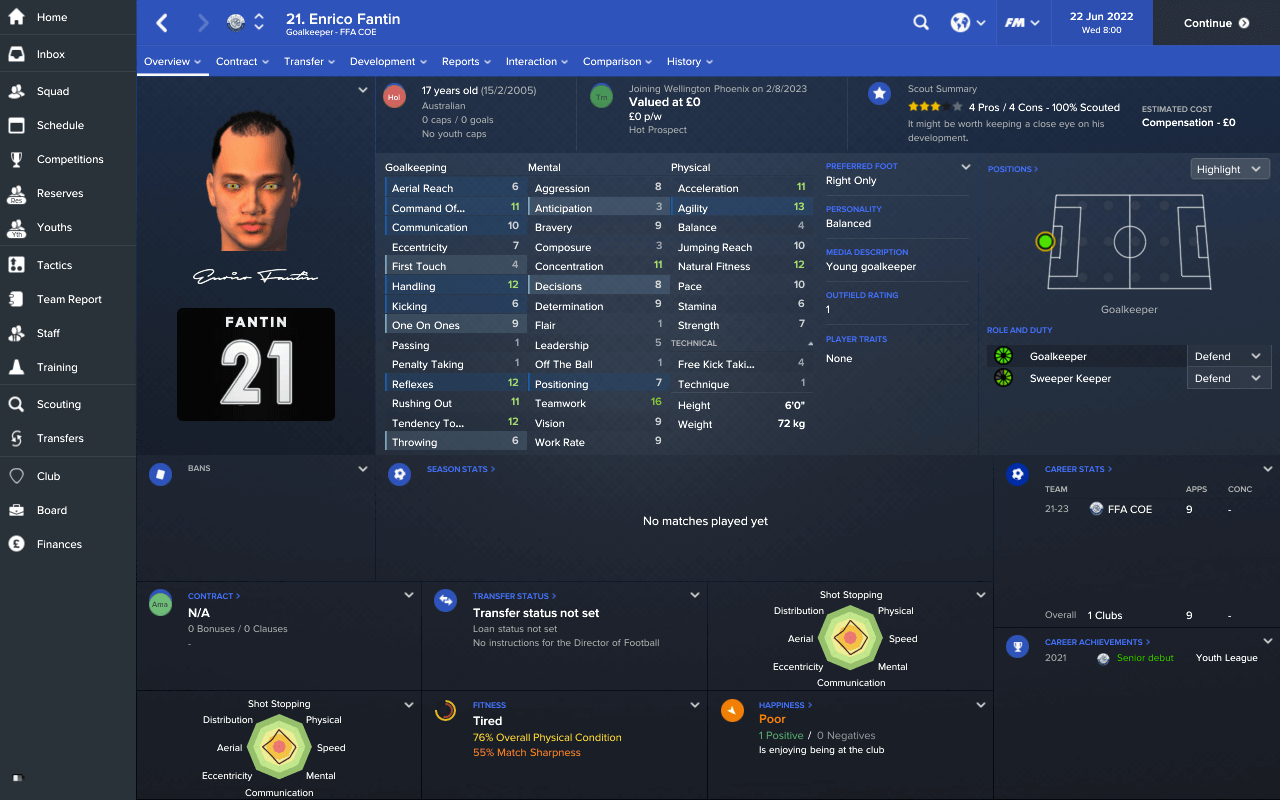 Enrico Fantin was a player who my scouts had recommended though Fantin was one who wouldn’t be starting as he will be joining us on a Bosman next season.

Nikitas Glyftis was the only other player I signed and he sure was for the first team squad. I bought him to be my first team left back this season as Marco Rossi was 35 and said that this would be his last season so it was advised to get a better left back. I got him for a measly 3k. 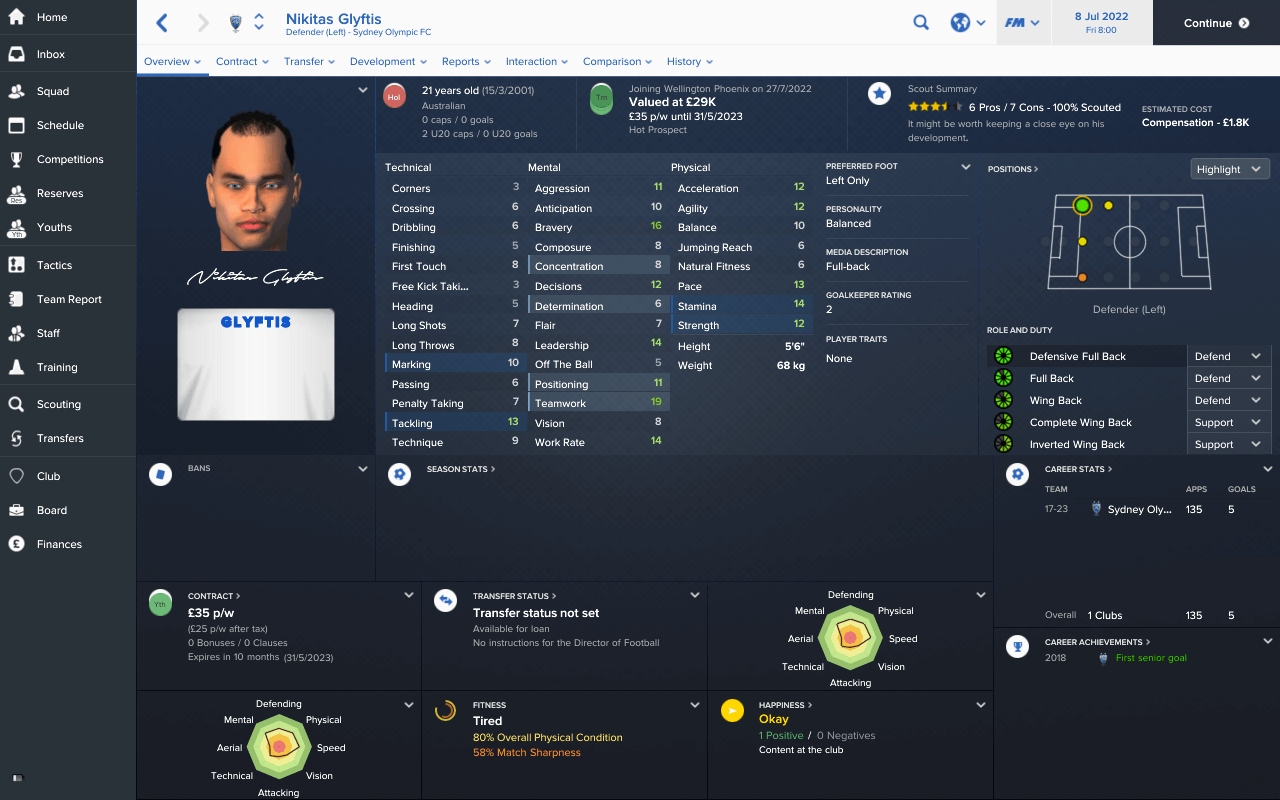 This season we had a much better intake then the previous years, I really liked the look of two players in this intake-

Timothy van Eem was the first one he does look good for a 16 year old, though the personality is a bit meh because it’s only Balanced. 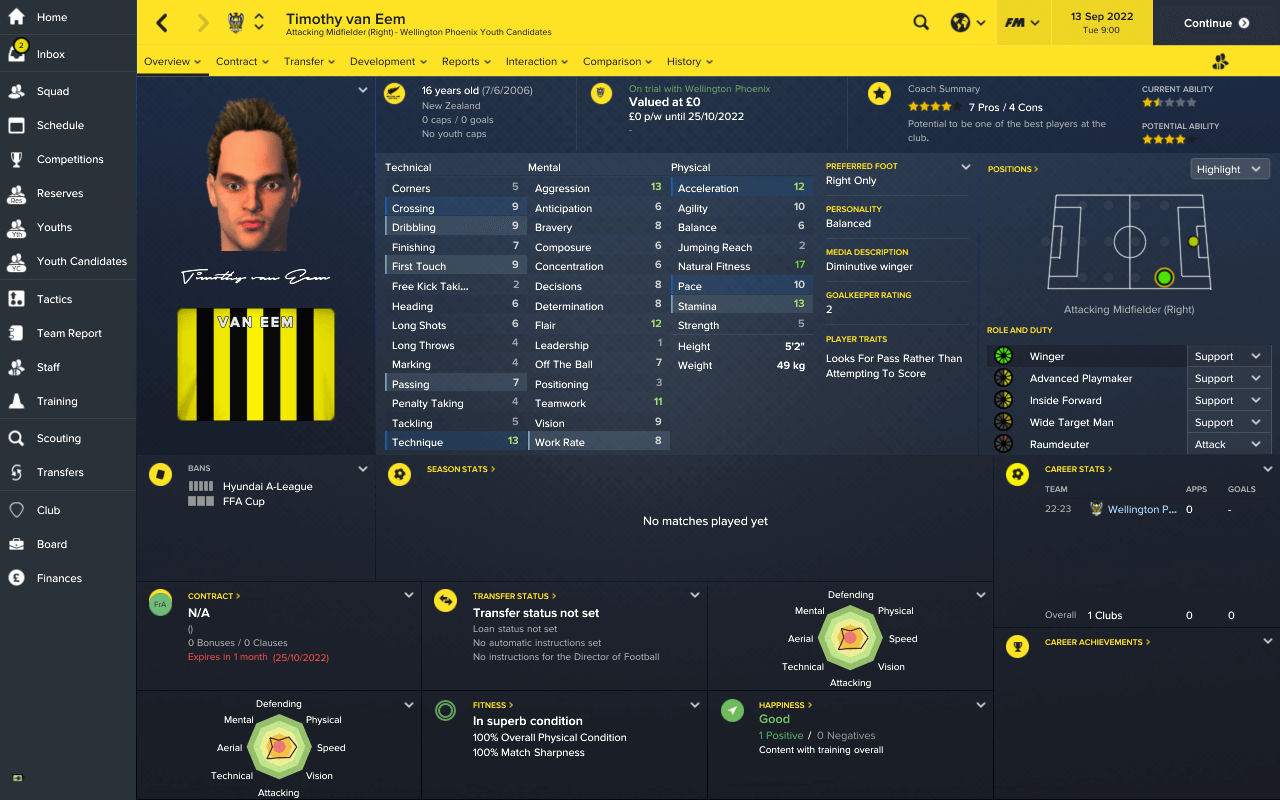 David Payne was the second one whom I promoted and I was really excited about. His personality was a little bit better than Timothy and also 15 finishing wasn’t bad for a 16 year old. 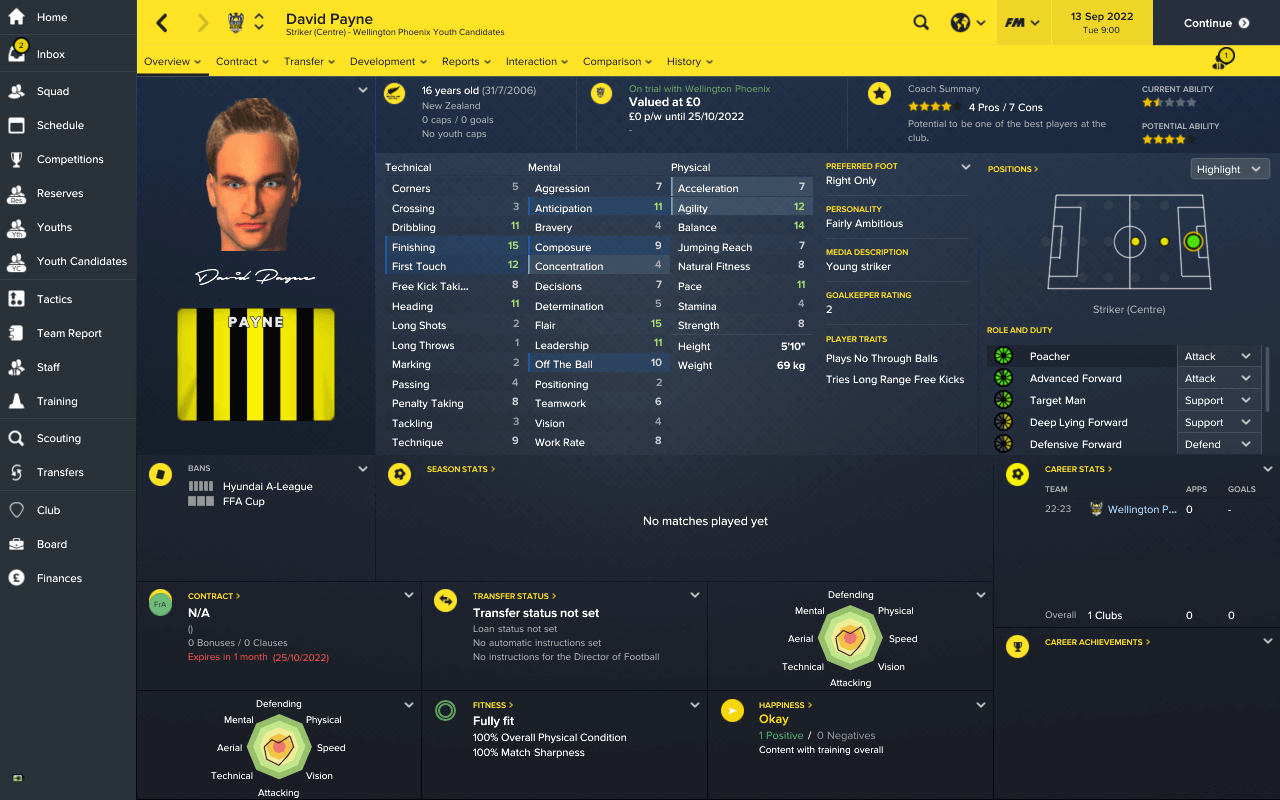 The league was probably the best part of the season as we had a blinder of a season. We finished 2nd and there were parts of the season where we could have gone and won the title, which for a club like us would have been a big thing. Media predicted us to finish bottom of the league and we were 200-1 to win the league so if we were to overcome the mighty Melbourne City F.C. someone would have made crazy money. We were brilliant all season and this fairly tale run did link me to several jobs in Australia but there were none leaving the Perth Glory job. Perth Glory were one of the big sides in the A-League and they had been struggling and I was tempted to take the job there though because we had been so high flying in the league and when we could have won the league at some point I put my act together and decided to stick with Wellington. Though it was a great season all in all and one I would definitely want next season.