Home Football Manager 17 Some advice and tips for new writers from fellow writers who have... 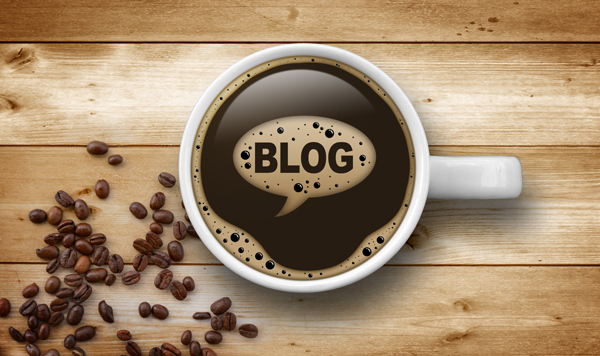 One of the best decisions I made was to begin to write about Football Manager, it has let me to talk to some great people in the community and to follow a dream of becoming a football writer on the side. After reading Iain Macintosh’s Everton save and listening to episodes of the Deep Lying Podcast I decided to write my own pieces and I have loved every minute. I have tried to put down some pieces of wisdom and tips for any prospective writers out there, but, as I am still learning myself, I have gathered some views from other writers.

“First of all keep it simple, if you want to write then just sit at a computer and start typing”. That’s the advice from Chris Darwen, editor of The Higher Tempo Press. We are all here because we share a passion for playing and reading about the game. I am sure we could all spend hours thinking and talking about different parts of it. When you come to start to write about it however, his advice is to not over think it, just start typing.

Once you have stated typing you will need to find yourself a good platform. The community is flooded with people writing, sharing and talking about Football Manager and that can only be a good thing. The one downside to it is that often some great content is missed. I have experienced first hand writing something I think is very good for it to be viewed a handful of times. I appreciate each person who viewed it but I also wanted to get my work out to a wider audience. That’s where a website such as The Higher Tempo Press comes in. They have quality writers producing their own content and has given them the platform to reach hundreds, if not thousands, of readers.

Try to be sure that this is the save you want to write about. Every piece starts with an idea and at the time that idea seems great. If you’re like me then you think about FM nonstop, creating mental tactics, replaying previous losses, and thinking of save ideas. We can all get passionate about an idea and want to create content about it. I would never discourage that, but would advise that you play a few seasons in before releasing it. You may find the love for the save dwindles over time and it can be frustrating for yourself and readers who follow a save only for it to be dropped.

Long time blogger FM Samo advises to find a rhythm of writing which fits with you. This helps to make sure he is still enjoying the game and writing about it. Samo currently releases content weekly and quickly settled on half season updates. The German season has a natural split in the winter and it is a great opportunity to wrap up what has happened during the previous months. He will also release the occasional extra post to discuss tactics or other aspects outside of his results. You may prefer more in depth monthly update or shorter seasonal ones. Whatever you decide just try to make it fit with your available time.

When it comes to style of post, Tempo writer Anthony Haynes has mastered the art of short and regular posts. His series ‘The Promised Land’ is released daily and gives the reader a quick update which they do not need to invest much time in. A short, frequent article is not often seen in blogs but his series definitely works well. He also sets himself little targets to stay motivated. For him it could be something as simple as having a beer after writing a piece, for you it might be different.

Guido of Strikerless top tip was to just write about topics which you care about. When trying to make a tactics just think the concept through and don’t be afraid to experiment with it. Only by trying it will you be able to know if it is successful or not. Also, experiment with your writing style until you find one which suits you. When I first started I wanted to write in depth technical analysis pieces but I nether had the concentration or knowledge to do that. I quickly found that I love a story and so I try to bring this to my pieces. You may be different, but until you try new things it won’t become clear.

Keysi Rensie recommends that you make short notes during your save. He will always write short sentences about what happened during the season to remind him later. His next tip was to take screenshots of important occasions such as injuries, transfers and news from the club. Often he will write straight to a new blog post and save it as a draft as he goes along, adding in the screen shots each time so he knows what each part is about. Keysi also said to ‘just try it’ – “If someone wants to write about FM of anything else he has to try it.”

Synonyms are your friend. TryingToBePep, writer of ‘Rising through the Ranks’ and ‘Totally Rad’ mentioned the use of this feature of his word processor to prevent repetition of the same words. This is great advice for anyone trying to expand their knowledge of the English language and something I use now in FM and real football writing.

Share, share and share again. Whether it is your content or something you enjoyed reading, let the world know. Many of the new pieces I see each day are a retweet from someone else or under the #wearethecommunity. I will often look at someone who has liked my work to see what they have to offer and have found some great content this way. Along with sharing others work, read it too. Other peoples work can be a good source of inspiration whether it is a save idea or a way to lay out your own work.

It is ok to write badly and no one will get every piece they write spot on. I am sure looking back there are things about everyone’s early work they would change. It may take you a while to find your style but keep going as you will keep improving with every piece. Also it is a good idea to give your work a second read through before submitting it. It is amazing how many errors I have missed in my work until I read it back on the site.

The final and possibly most important tip which every one of my fellow writers gave is to just enjoy yourself. The likely hood of your blog leading to a big money move to the Guardian is slim, but not impossible. For now though just enjoy playing and writing about it. As soon as you set yourself a schedule and put pressure on yourself to keep to it then it becomes too much like work. Life and real work get in the way some time so just enjoy what you write and that will come across in your piece, making it a better experience for the reader.

The two main pieces of advice given by all of the writers I asked was to give it a go and to enjoy it. It took me a while but I decided to just go for it and write, and I would recommend it to anyone thinking the same.