First in was my two pre-contract signings. Lovre Kalinic who looks good enough to be my long-term number one battling it out with Craig Gordon the next couple of years. Young Matt Knox joined from Livingston and was sent to Morton for the season to continue his first team development. David Henen cost us just over £300k and was loaned to Hamilton to adjust to the league; I’m hoping he can develop into a well rounded forward.

Stephen Hendrie had a great season in the Championship with Blackburn and we picked him up on a free – loaning to Hamilton where he begun his career. Yaw Osei is a difficult one for me, he was free and on just £500 p/w. I couldn’t loan him out despite him having a good season at Raith. Marcos Llorente was our most expensive signing at £1m but loaned out with the same amount coming back to us over the season – great business.

A trio of free agents then jetted in from down south. Tiago Ilori signed for the first team; he has the pace that we have been looking for in a center half. Dan Crowley signed and joined St. Johnstone for the season. Yaya Toure was interested and signed for a moderate £30k p/w turning down LA Galaxy for one last shot at Champions League football.

More than a few players left on loan Diego Poyet and Kris Ajer will make us £2m while out gaining first team football. Saidy Janko left for France netting us £2m. Thulaini Serero landed us a profit of £1.7m after a successful season at the club. Liam Henderson and Ryan Christie joined feeder side Huddersfield in the Championship and should be regular starters for us next year. 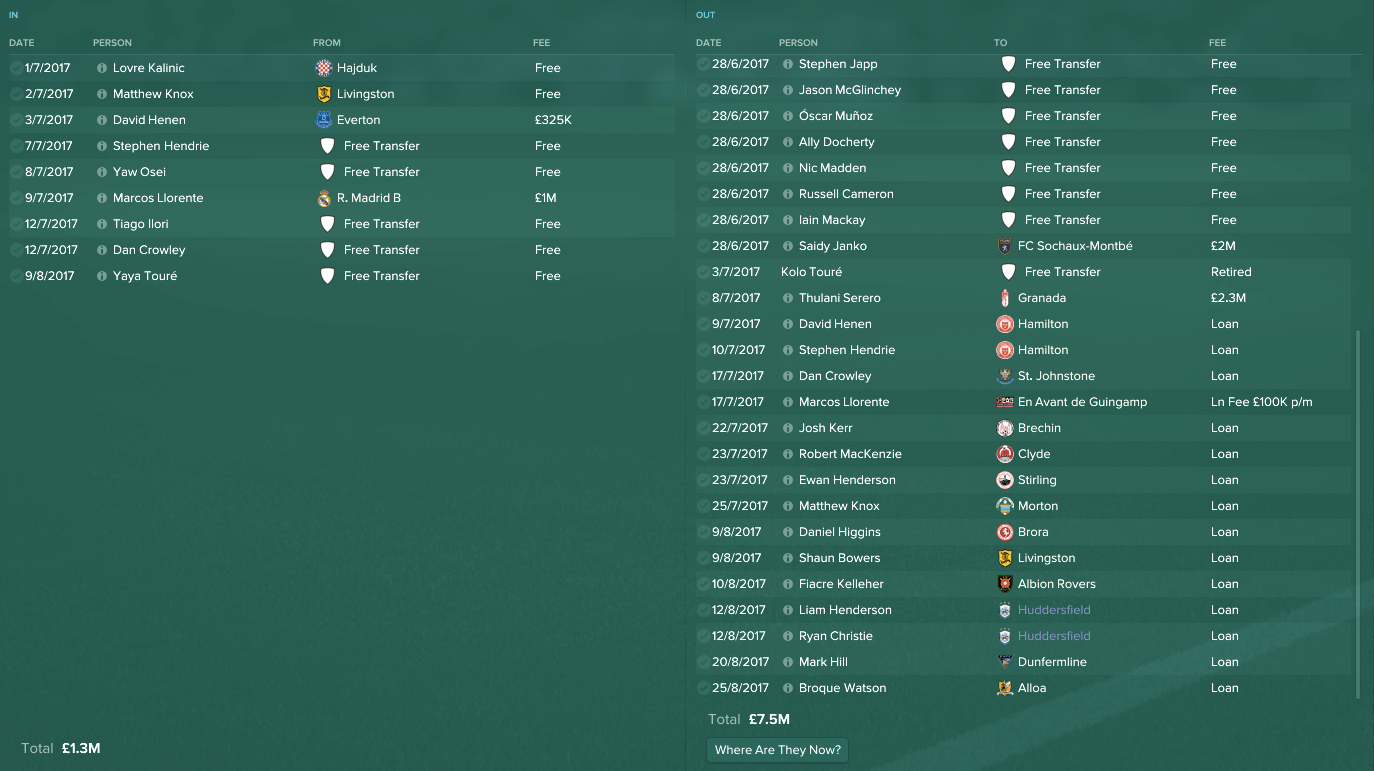 If you look at the singings above none of them force me to make drastic changes to my tactic/starting IX. 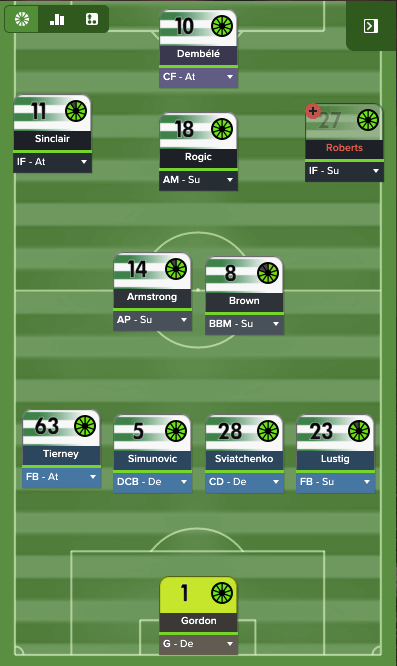 We have had a solid start to the season. We are 6 points clear after just 10 games with just draws to Aberdeen and Motherwell. We have managed an impressive 25 goals so far however we have conceded 9 – something I will look to address.

We got through the qualifiers fairly easily scoring 22 goals in the process. Then came the group of death with Man City, PSG and Leverkusen. It got off to a rough start with Leverkusen destroying us in Germany. We then too full advantage of Fortress Parkhead beating big-spenders PSG.