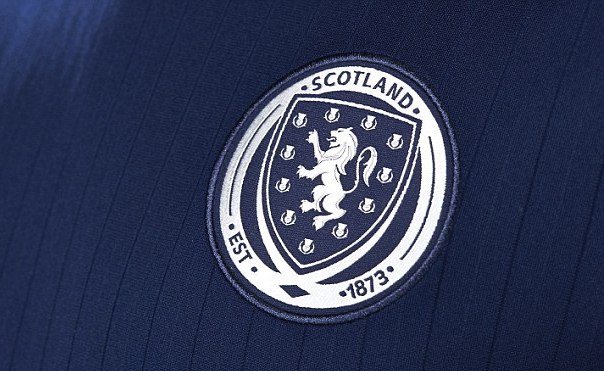 I’m not an expert at many things. When it comes to Football Manager though, I like to think that I know Scottish football. I’m from here, I live here, and I’d much rather watch or go to a Scottish football match than have to view one from our TV money laden neighbours down south.

However, for the first time in a long time (horrific attempt at a Rangers save in the beta aside), I’m not planning to play a proper save on Football Manager in Scotland. This pains me, but it doesn’t mean I don’t have my finger on the pulse of who’s who to sign on this year’s version of the game. Without further ado then, here are my expert recommendations of the Scottish players based in Scotland you should sign.

If you’re playing as a Scottish Premiership club, a Championship club with a bit of cash to splash, or a lower league club in England, then the lower leagues in Scotland might be the place to come for a prospect or two. Here’s 5 recommendations from me.

Dundee United have long been a successful hunting ground if you’re looking for a young Scottish prospect. On one hand, this may be down to the fact that the head researcher for Scotland is a fan of the club, but on the other, it might actually be because they’ve had some really exciting talent at the club over the last few years. Gary Mackay-Steven, Stuart Armstrong and Ryan Gauld are just a few standouts, and they’re relegation down to the Championship means that it might be a bit easier to poach some of their talent on FM17. Scott Fraser, Ali Coote or Jamie Robson might be worth picking up too, but I’ve gone for Blair Spittal to call out here. He developed really well on FM16, and he’ll be a decent wide man on FM17 too if you can pick him up.

Again, similar to Dundee United, St Mirren are a club who’ve always had at least 1 or 2 promising prospects to take a look at. This year is no different again, Kyle McAllister looks good, while Stephen Mallan is certainly one to pick up if you can, but I’ve gone for Lewis Morgan as my pick. Decent pace, passing and dribbling, good crossing and a hard worker, he should slot right into your side on the left and develop even further.

Fun fact, I used to get free tickets for Livingston games through my school (they’ve got no fans). Want another? They’re the club that produced Robert Snodgrass and brought Leigh Griffiths through. Matthew Knox might just be next big thing to come through their youth system. He’s apparently been on trial at Manchester United in the non-FM world, so snap him up from the League 1 outfit in-game before they do.

From going on trial at Manchester United to being linked with a move to Barcelona. Yes, actual Barcelona. Tony Gallacher is being tipped for big things. Talking of conveyor belts of Scottish talent, Falkirk are another club who constantly produce prospects, and give them the chance to shine. Peter Houston has slapped a huge price tag on his head in the non-FM world, so he’s another one to snap up on FM17 for relative peanuts. At just 16, he’s got so much potential to develop into a really good left back for whoever you sign him for.

If you know me, you’ll know I’m a Greenock Morton fan. If you know Greenock Morton, you’ll know we’re never even close to having a player on our books that’d have the potential to make it onto one of this listicles. Step up, Jai Quitongo. He burst onto the scene in this year’s Betfred Cup, his goals leading the club all the way to the semi-final against Aberdeen at Hampden. Typical the year we’ve got a great looking player in-game is the one year I’m not planning to do a save with my club. If you’re Hibs, Hearts, Aberdeen, or maybe even Celtic, Rangers or a lower league English club, snap this guy up.

These 5 are my recommendations if you’re playing as either Celtic, Rangers or perhaps you’ve got a bit of cash with Aberdeen or Hearts and you’re looking to boost the number of domestic players on your team.

Outwith of David Marshall, Craig Gordon and Allan McGregor, Scott Bain is the next best Scottish goalkeeper. He’s the oldest player I’m recommending, but at 24, he’s still young in ‘keeper terms. If I was a top Scottish club, or maybe even a Championship club in England, I’d be looking to snap him up.

Greg Kiltie has been around for a few years now, he’s perhaps not quite lived up to his initial hype yet. He’s still only 19, has some decent attributes for dribbling, vision, is naturally fit and hard working. He still has some room to develop, but with a bit of game time, I think he’d be a good signing at Scottish Premiership level.

Joining Greg Kiltie from Kilmarnock on the list is Adam Frizzell. Now he might not look like much of a player initially, but he’s got great potential, loads of room to improve and he’s still only 18. The diminutive attacking midfielder is being tipped for big things in the non-FM world, and I think he’d be a great option for you to sign up in your save.

From the club that brought James McArthur and James McCarthy to our attention, next up on the Hamilton central midfielder prospect conveyor belt is Greg Docherty. A bit of a jack of all trades, master of none right now. He’s on the cusp of being a good Scottish Premiership level advanced midfielder. Decent dribbling and passing, coupled with good mental attributes for his age, and decent pace too.

A hero in Hibs fans eyes for his Scottish Cup winning corner delivery, he’s been on the fringes of Celtic’s 1st team so far this season. On FM17 though, he often becomes the forgotten man. If you manage to get him in, either on loan or permanently, for any non-Celtic or Rangers Scottish Premiership side, then I think he’s good enough to make him the cornerstone of your side.

You’re playing in England, you have money to spend, and you’re looking for a relatively cheap option in comparison to whatever random Englishman is being purchased for a ridiculous amount of money. Sign these 5 instead. They’ll save you money and might just do a better job than your average Englishman.

You’ve not got long to sign Callum Paterson. Once the January transfer window update hits, this man will be out of action for potentially the entire first season if you’re starting a new save. Hearts’ main creative outlet from right back, would you choose to restrict him to that role? Or get him further forward and causing mayhem with his power and strength in the air? He’ll be Scotland’s right back for years to come, and I really think he could do a job down in the English Premiership.

In all honesty, I thought Ryan Jack was younger than 24, he’s only a few months younger than Scott Bain. Aberdeen’s captain, he’s a product of their youth academy and has been a regular in their side since the 2010/11 season now. He’s got great stamina and passing, I think he’d do a brilliant job for you if you were playing in the English Championship or perhaps even a bottom half of the table Premier League side.

The mercurial Jason Cummings. Playing as Celtic or Rangers and want a homegrown striker capable of leading the line? Perhaps you’re playing down south, or even abroad, I think Cummings has what it takes to score a barrel-load whoever you’re playing as. Due to Hibs being in the Championship when FM17 saves start, he should be fairly easy for you to pick up.

One of Cummings’ Hibs teammates is next up on the list, it’s super John McGinn. He’s a roving central midfielder who I think could easily be playing English Premier League football, or perhaps you’re looking for a Scott Brown replacement at Celtic? Again, as Hibs are playing in the Championship, signing McGinn for a decent fee should be no bother at all.

When I say sign this guy, I mean sign him now. Honestly. Stop reading this and sign him. Kieran Tierney is without a doubt in my mind, the most exciting young Scottish player in my lifetime. Watching him play for Celtic this season has been a joy. Marauding up and down the left touchline, laying on assists and winning tackles. His potential on FM17 is limitless, I’ve seen him be purchased by Manchester United in my save and be worth upwards of £30m which is remarkable for a Scottish player. Just get him signed, alright?!

Think I’ve left anyone off the list? Drop a suggestion in the comments or hit me up on Twitter @FM_Samo. Alternatively, join #FMSlack and contribute to even more FM chat. Just give me a shout on Twitter if you want to join.