Transfers,transfers and transfers.. What is a save without them TRANSFERS?

On the transfers front there was quite a bit of activity as one can make out from the title of the post.

After a bit of thinking of what formation I wanted to use in at Cape Town, I found that we were missing that creative midfielder and Msomi was that jigsaw piece that completed our team. He was a Deep Lying Playmaker as I saw him as he had decent statistics for both playmaking and defending. Plus he has caps for South Africa so we couldn’t go wrong with that.

Doctor Mampuru and yes DOCTOR!! That wasn’t the sole reason why I signed him here at Cape Town. He was natural on both full back positions which would be nice to big on in games or potentially if we were going to have an injury crisis. 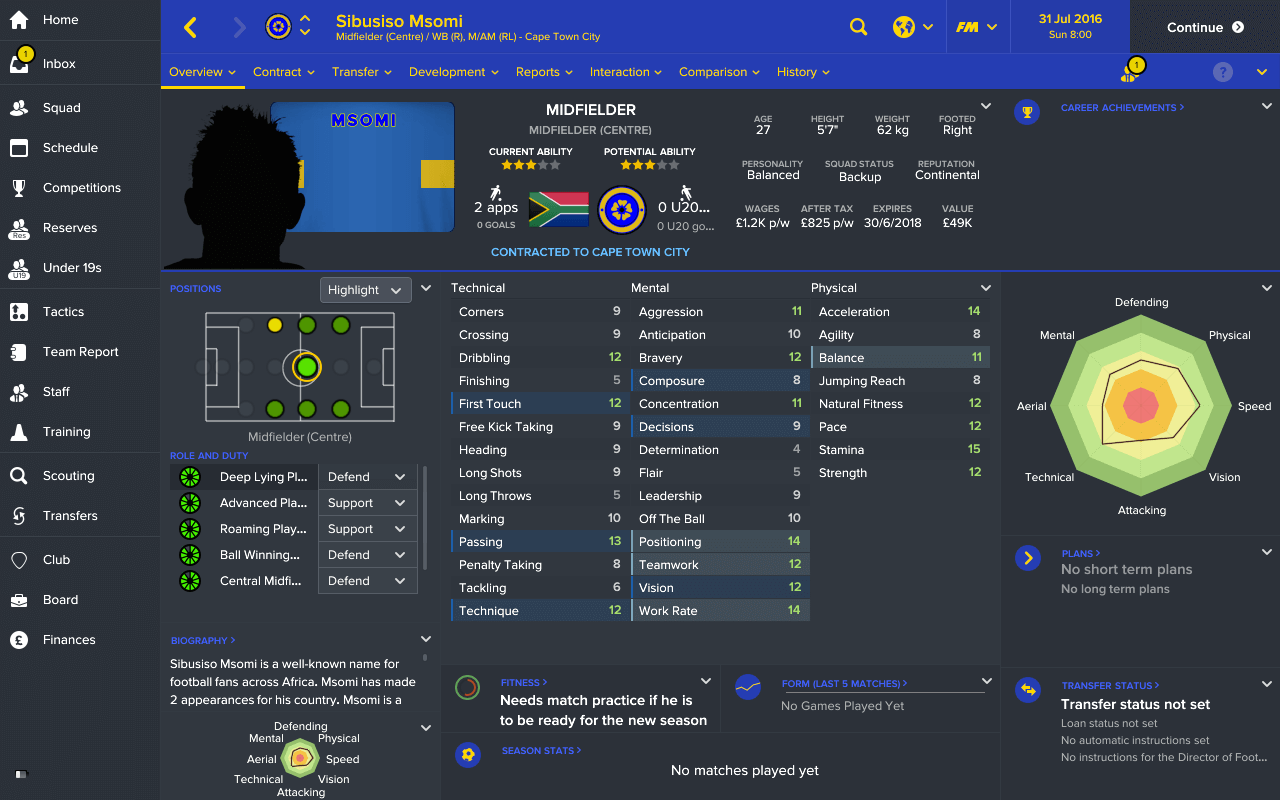 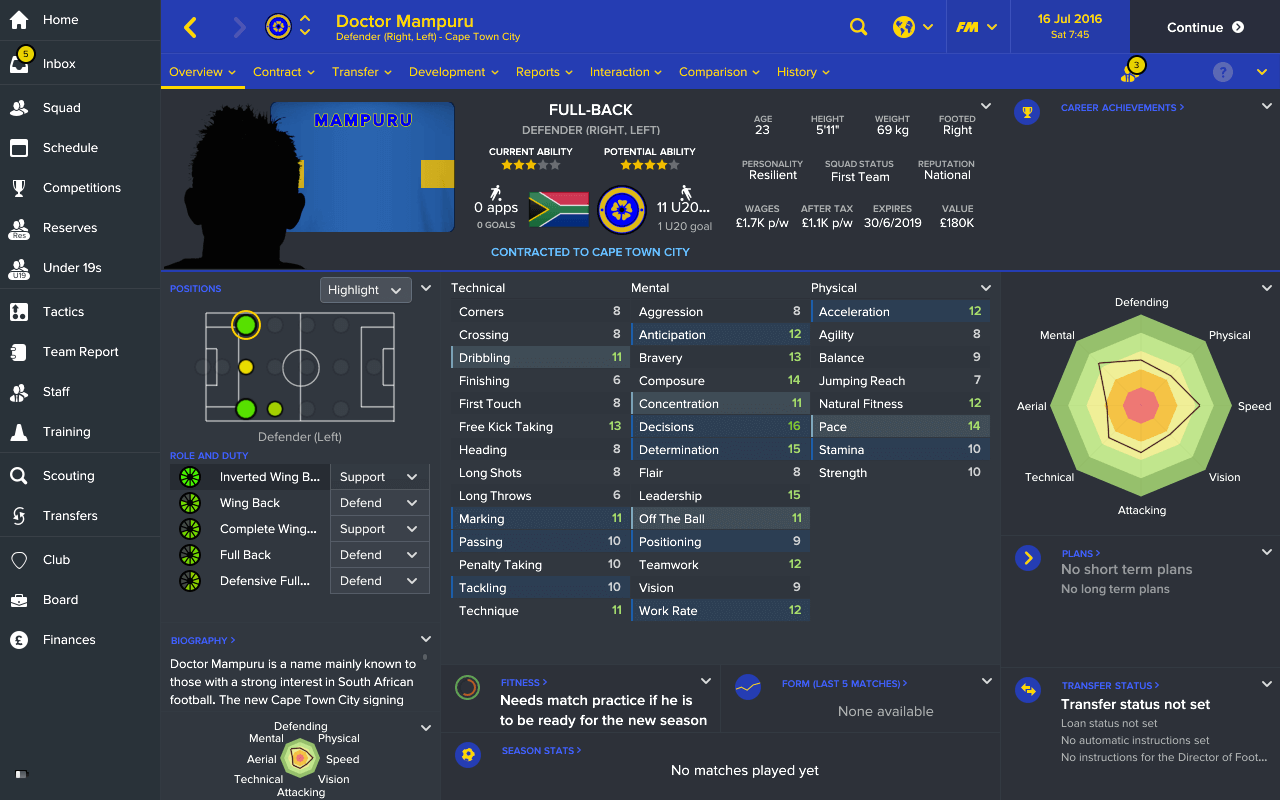 These were the only two player additions at Cape Town Stadium though there are the staff to come in too..

The backroom staff had 9 additions this Summer. 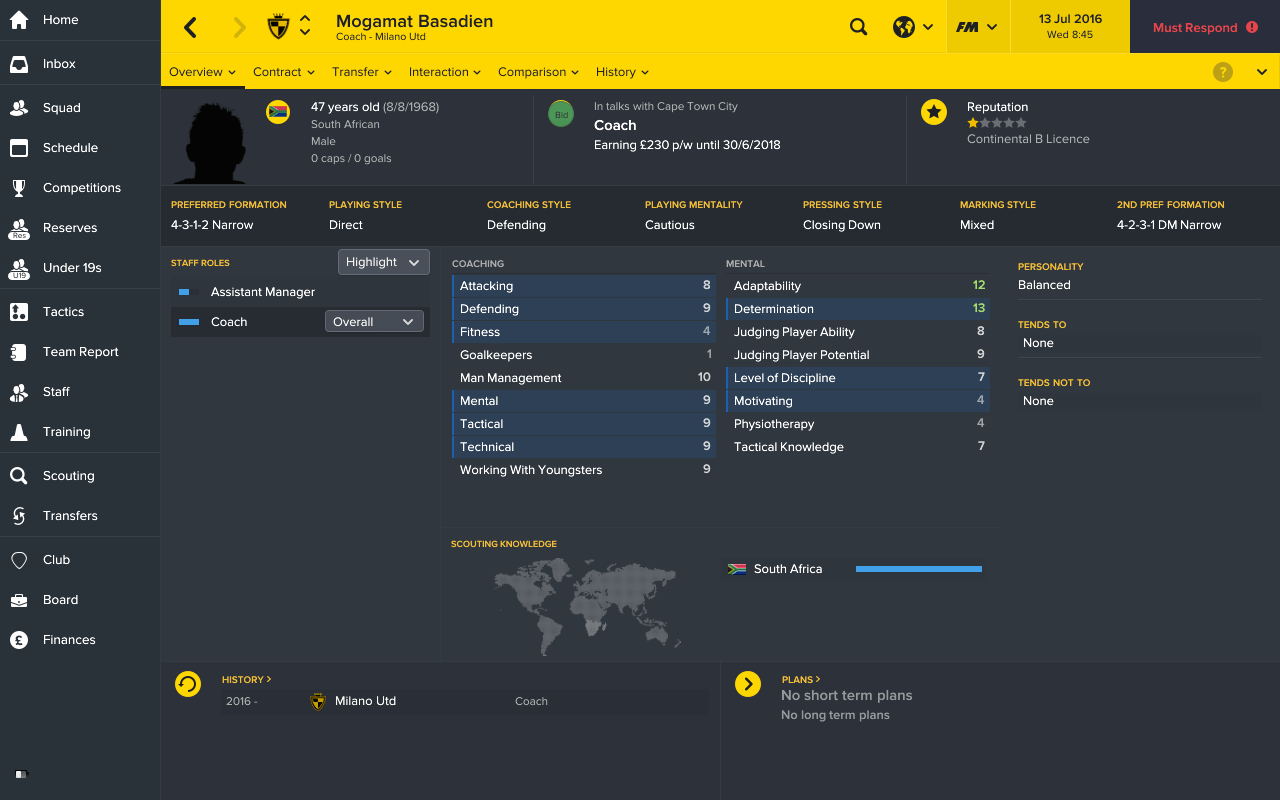 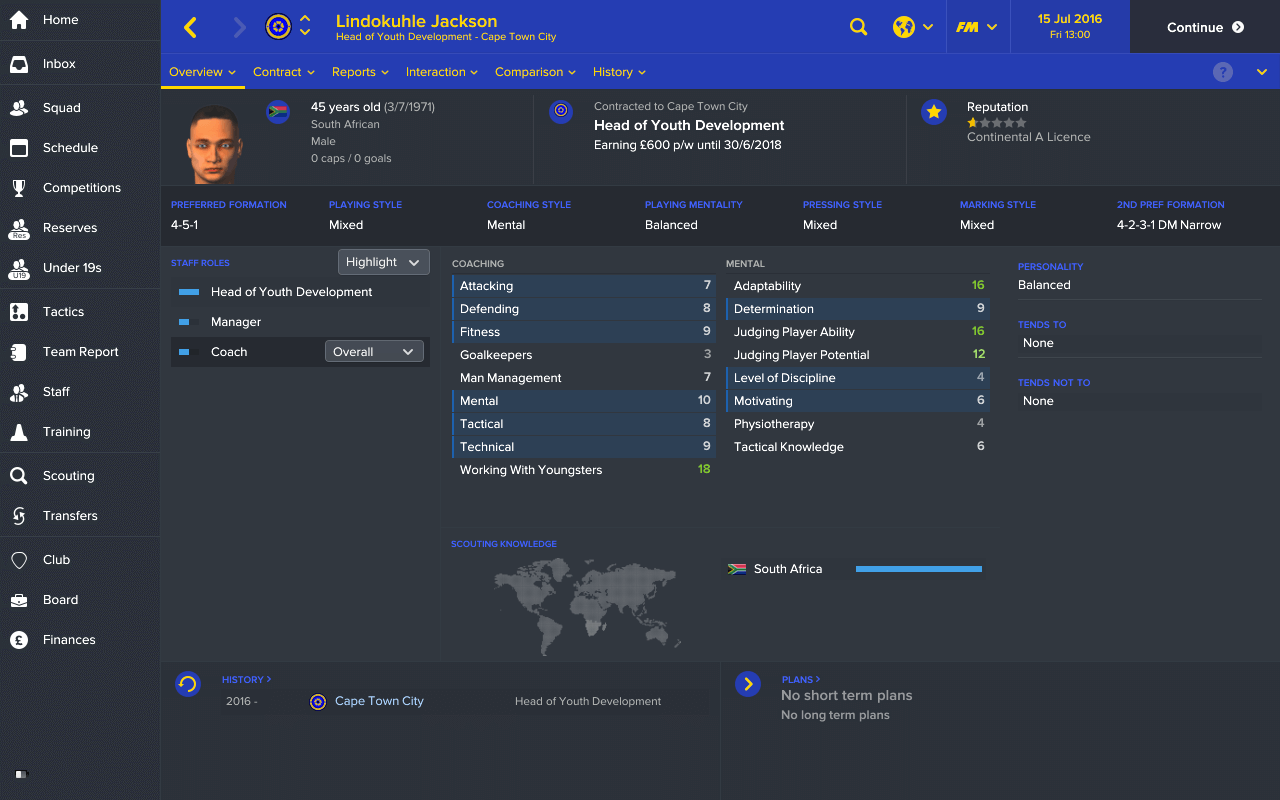 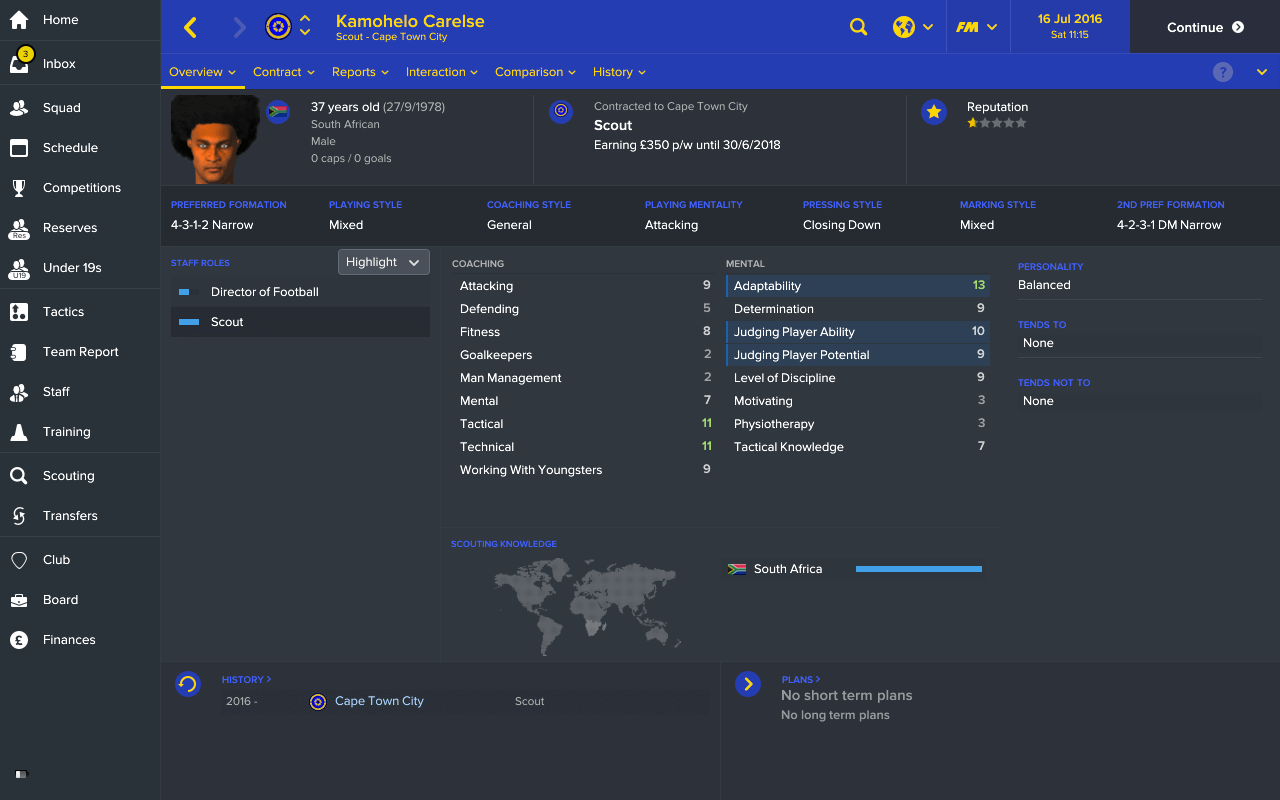 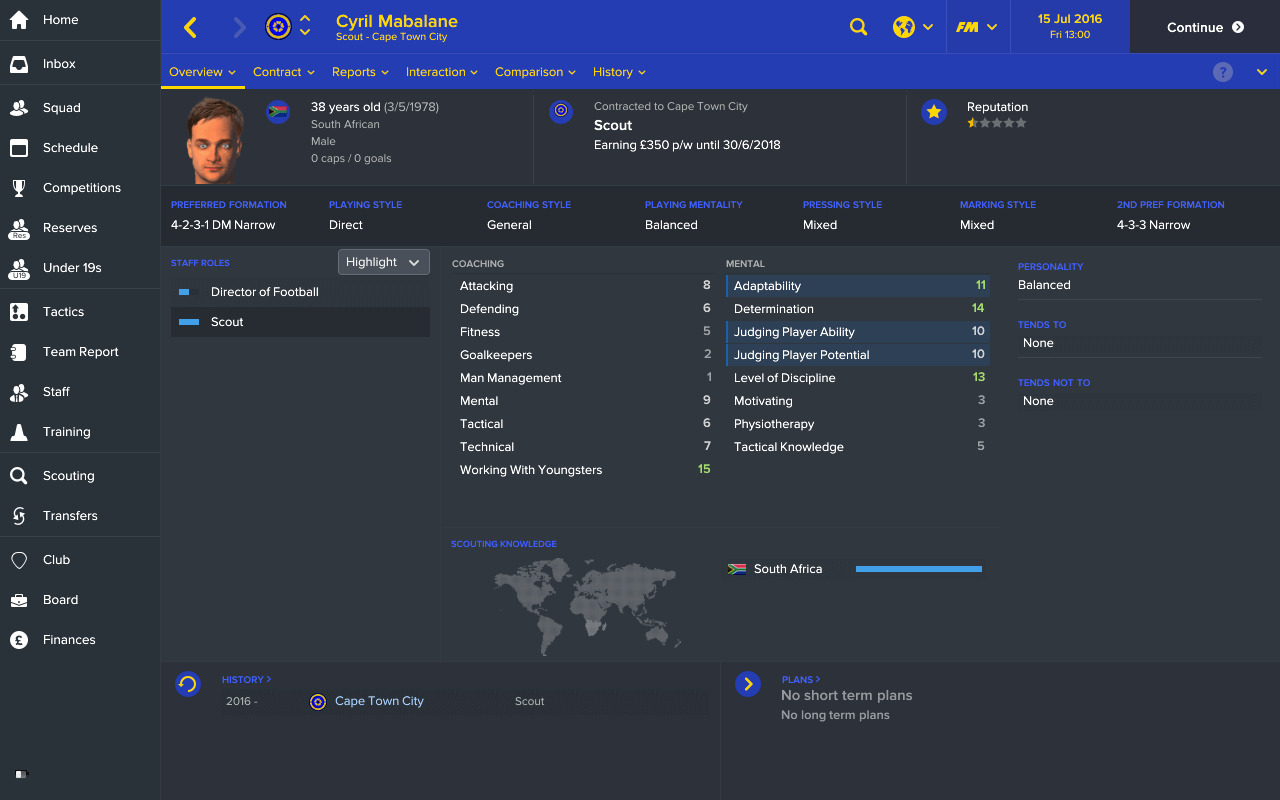 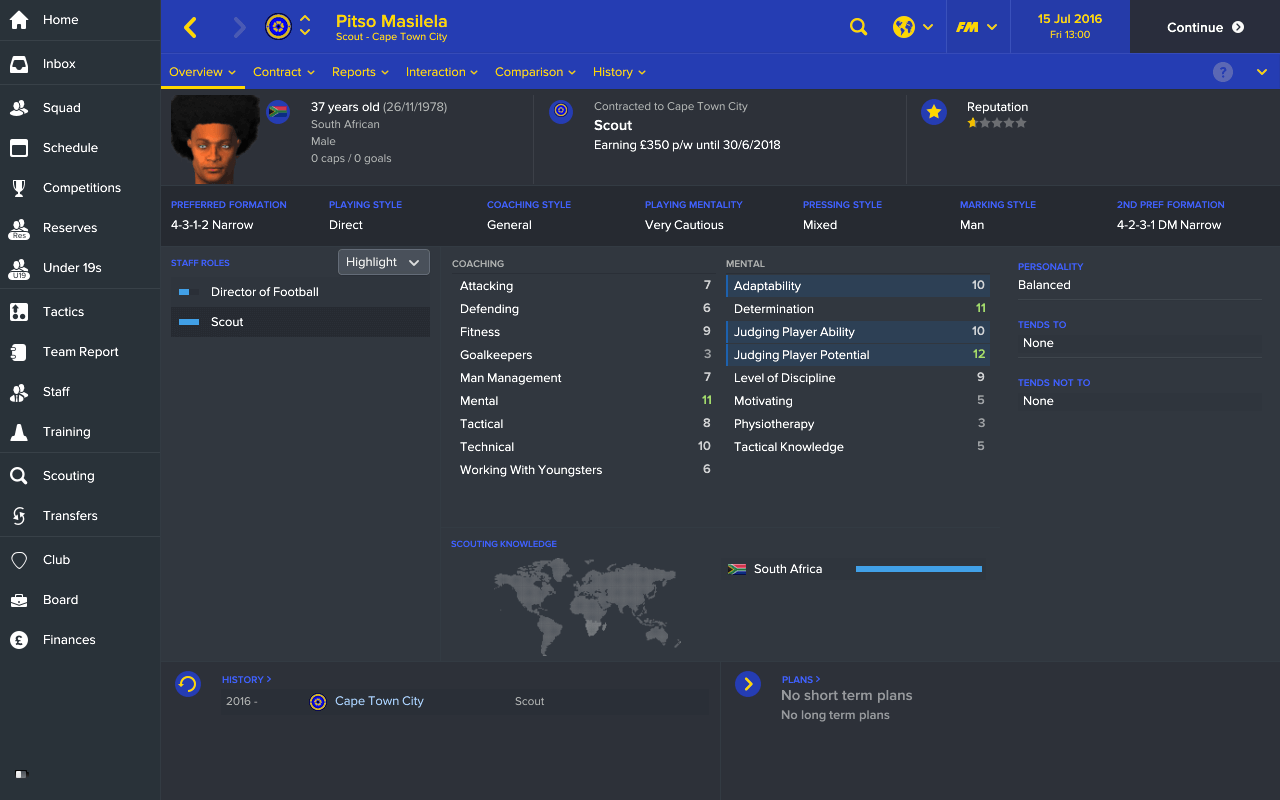 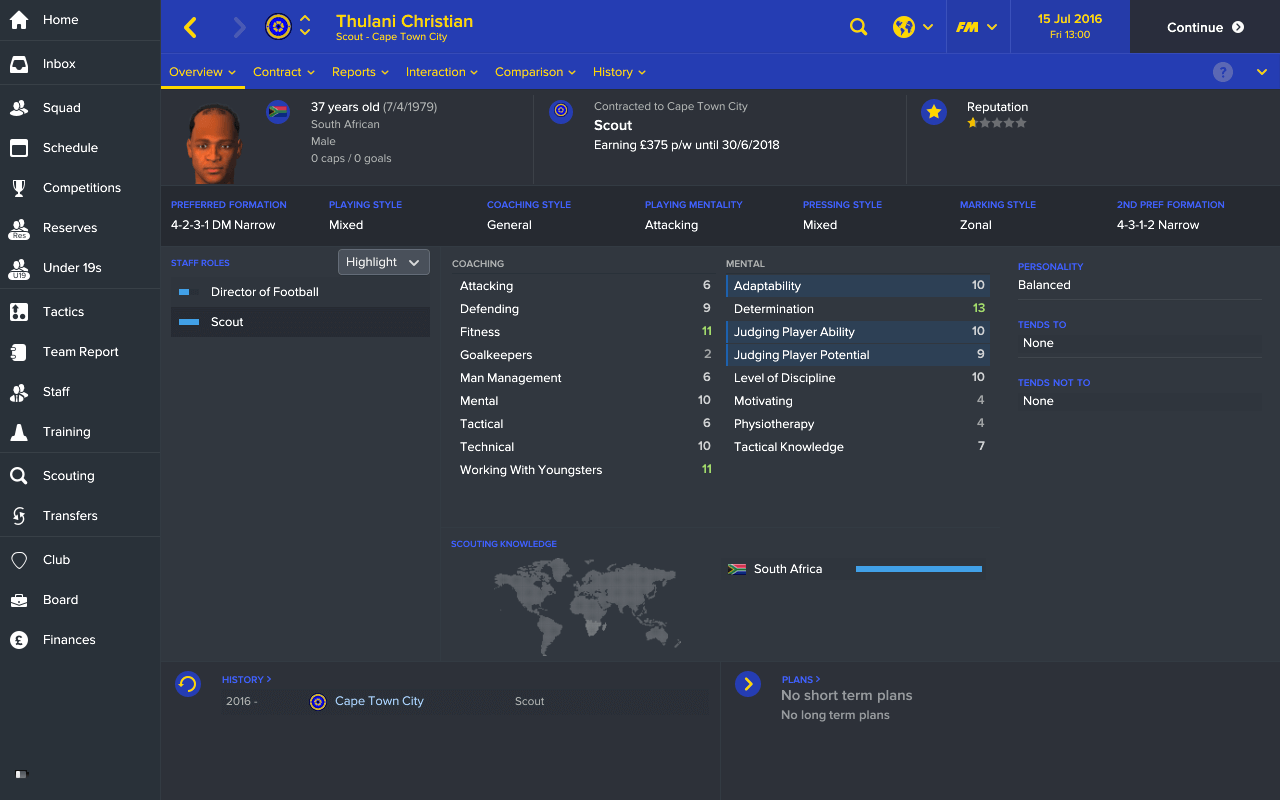 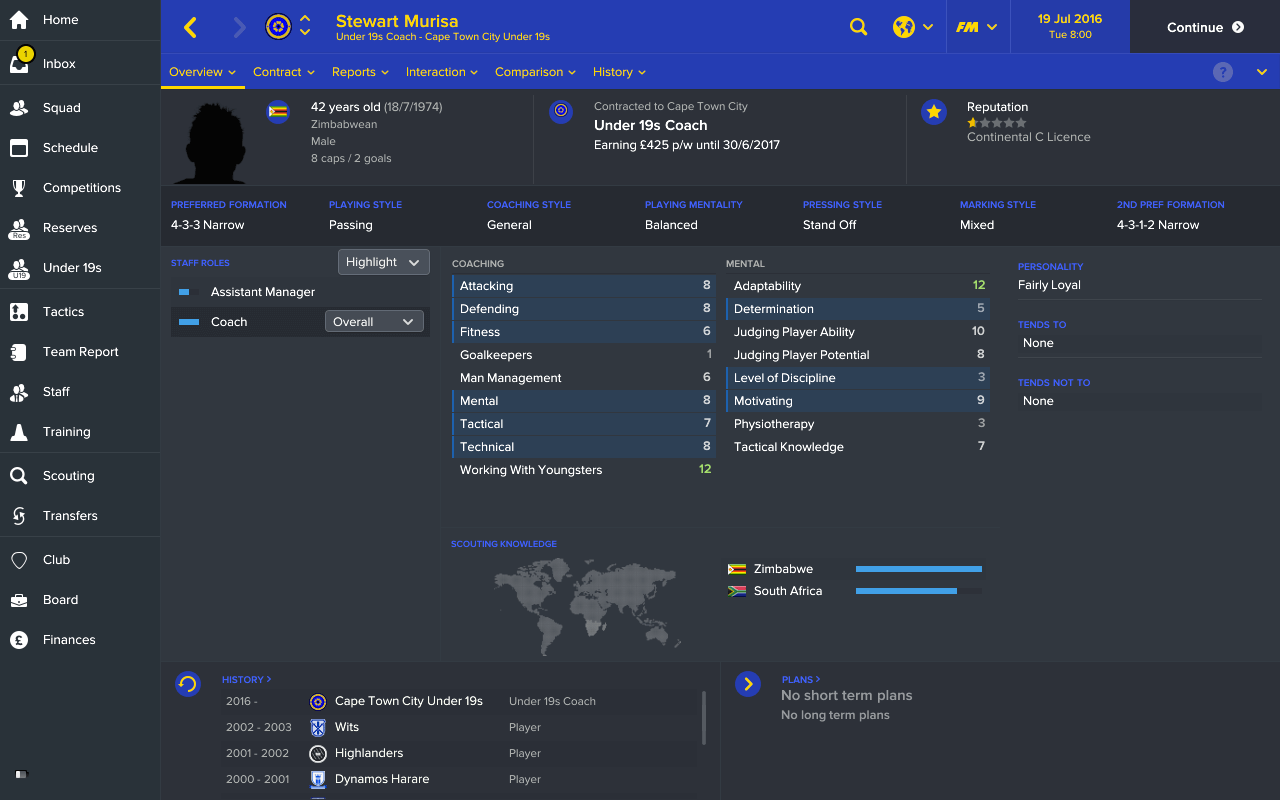 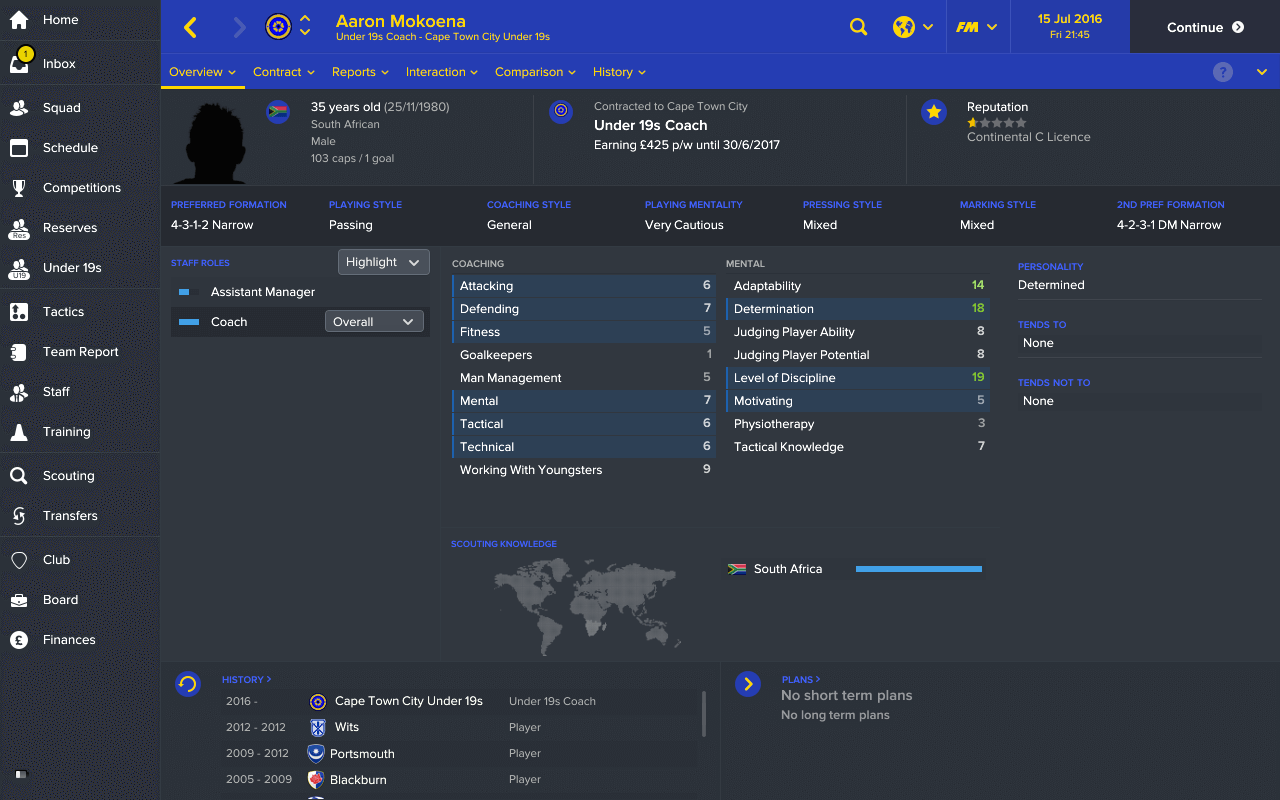 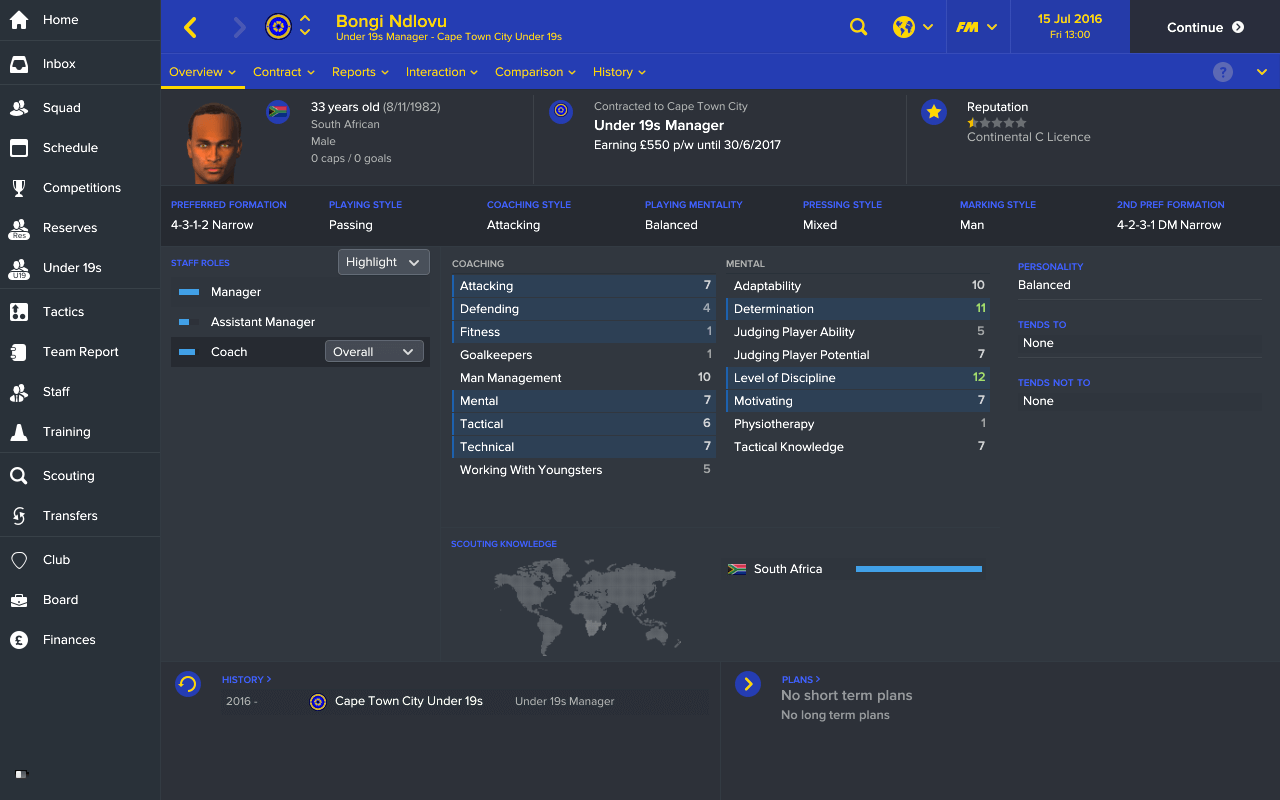 That’s 3 Coaches, 1 Head Of Youth Development, 4 Scouts and a manager too that’s quite a few staff signings if you ask me. The only thing that worries me with the staff signings is that I hope they don’t spoil the squad harmony.

There weren’t an awful lot of Pre Season games to play when I arrived here in Cape Town and the results in those two fixtures were pretty sub standard. 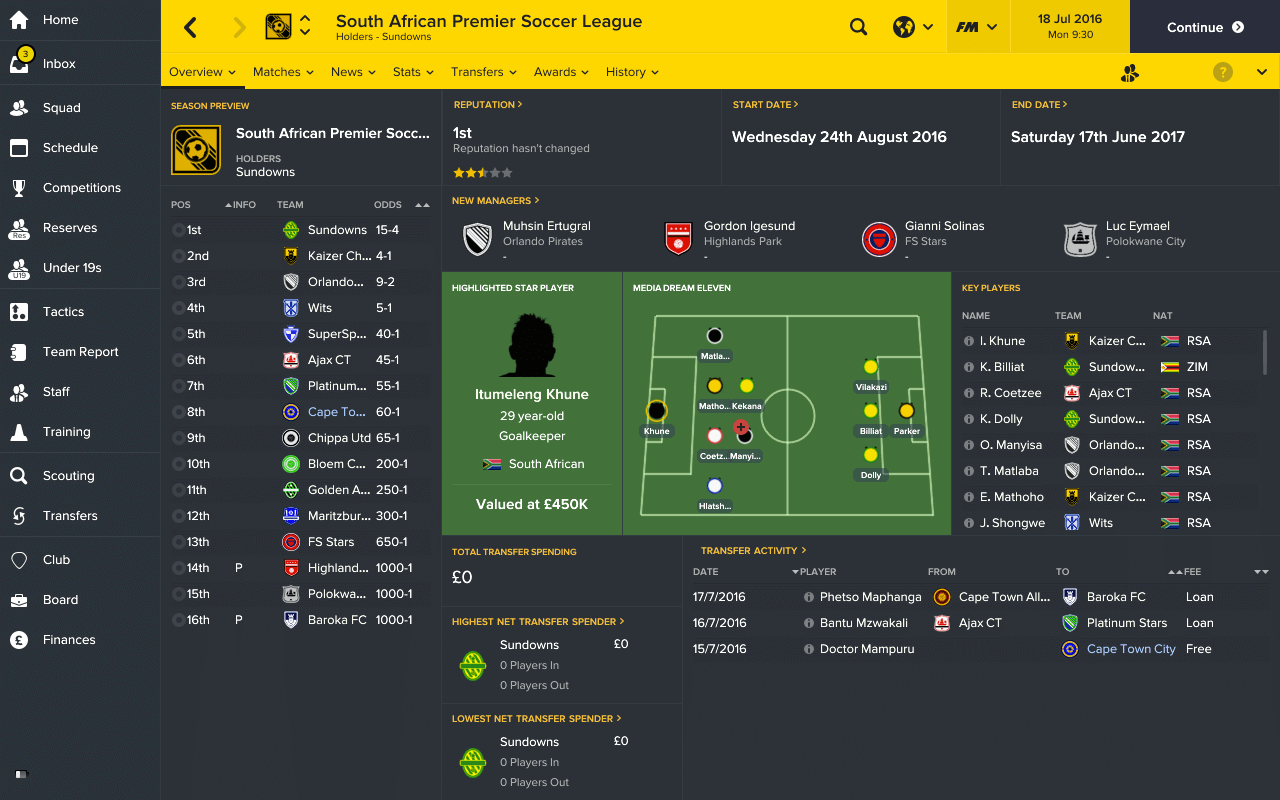 Here is the look of what the media think of us to predict. 9th is what they are saying and I wouldn’t be surprised if I finished in those positions at the end of the season. The board have however demanded a top half finish so we’ll see how it goes. It’s definitely going to be a very interesting next blog post.