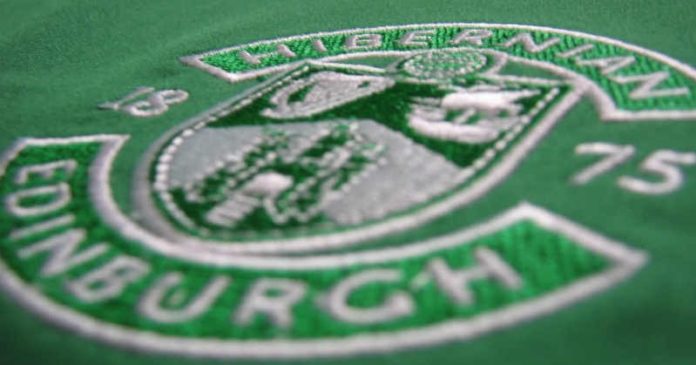 The Last King of Scotland
A Hibernian Tale: Part 2:1

Extract from the Managers diary:
‘Look, Garry. Look.’
Garry Parker sighs. He’s assisted me for roughly a year now and so is well adjusted to my eccentricities. ‘What’s wrong Gaffer?’ He shifts himself so he can look out of the window and see where I’m pointing.
‘It’s only bloody snowing… in July!’

So then. Year two of the three year project. Wow. Where to begin after such a surprising and action packed first season? How do I top promotion and silverware? I’m a bit anxious about it already. Like many praised musical artists, will I suffer from the second album syndrome? Or more precisely, the second season syndrome? I guess there’s only one way to find out.
So, where to begin?

Transfers:
Having made only two permanent signings in my first year it meant there would be a large number of departures as I waved off my former loanees. Some were waved off more enthusiastically than others. Some had to shake themselves loose from my sobbing, wailing grip as I screamed, ‘Why don’t you want me, [Ben] Sheafy, I thought we had something special?’ Not only that, I’ve now had a full season to review the state of the squad and thus have an idea of who is deemed surplus to requirements. On top of that, I’ve also agreed to let a select few players leave who weren’t happy with game time/the size of the club. They smell of poo anyway. Therefore I now need to replace the departing loanees and a further handful of contracted players. So it’s shaping up to be a busy summer transfer window. Oh the joys.

Outgoings:
17 in total. That’s a lot of bodies. 16 + 1, to be precise. It’s a combination of the first team and the kids but still, a helluva number to be on their way out. So which are the departures of note?

Marvin Bartley: Half-back and Centre-back – Backup, but a decent player.

David Templeton: LW-midfielder – Backup and never hit the nostalgic heights of his past.

Brain Graham: Forward – Wanted out as he thought he was too big for the club. The prick.

So then. Like when my girlfriend told me about the size of her ex, I now find myself with quite a void to fill. Size matters guys. On a shoe-string budget of £310k, it’s time to go all Tim Wannacott and go bargain hunting on their ass.

Incomings:
After a season of scouting exclusively the European leagues because of the limitations set by the board, I have managed to find a few players with only a handful of months left to run on their contracts and jumped on them. Not literally, that would daft. Figuratively, of course. I don’t want to hurt them… unless they’re rubbish. Anyway. I was also fortunate because some of my former loanees had let slip they’d be tempted with a permanent move back as their current contracts are running out. My interest was piqued. So here’s who came in:

Russo was brought in on the understanding he can retrain to play HB, but that will take time, so for now will play in his familiar role of CB. Booth was a straight swap for Stevenson at LB but has that wonderful ability to play at RB too if needed. Unfortunately he immediately picked up an injury upon arriving, but I won’t hold that against him. Er hem. The prodigal son returned too. Ben Sheaf, oh how I’ve missed you. He played hardball at first. Y’know, the usual will he wont he? But I got him back with a few sweet words. A few loans were brought in as the market was pretty difficult to manoeuvre due to finances, hopefully with the intent of staking their claim in the first team. One of them being Maffeo, a player that worked so well for me last year. Welcome home buddy, daddy loves you. So all in all, £250k spent with an income of £325k in sales. Not bad. Not good either but hey ho.

Transfer Summary:
I would be lying if I was to say I was completely happy with my summer business. For one, Luca Zidane’s contract ran out on the 31st of July, and I offered him a pretty decent contract and really expected him to sign, only for Daddy (Slap Head) to step in and offer him a new deal to keep him rotting in Madrid’s reserves. Codswallop. It was because of this I had to scramble around for someone else and settled on Jose Sa, Porto B’s goalkeeper. Luca, take a Luca-t your head boy, you’ll regret that decision – I’m sorry but I’m really proud of that pun. 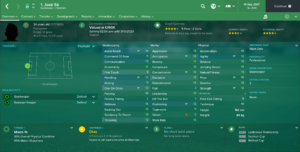 Secondly there is this sense of my squad being thin. Like, anorexic thin. I really struggled to find quality additions for the wings, my choice to play wide-midfield players is apparently quite limiting when searching for players. Letting Alex Harris leave on a Free suddenly feels like a poor decision. And ultimately we live and die by our decisions and that is making my bum twitch. Eek. But the show must go on as the summer window has been firmly and resolutely shut until January. Fingers crossed guys.

Fixtures & Results:
So then, how did we get on in the height of summer? Having ended the previous season unbeaten in the Championship I was feeling pretty optimistic. Confident even. Arrogant maybe. This league would be a walk in the park. A breeze. A piece of piss. Me and my lads are an unstoppable force, itching to make a start so we can steamroll the whole league.

TESTOSTERONE!
The opening four fixtures – two friendlies and two cup games – saw us dominate thoroughly in each of them. Good, I thought. Even with my small squad maybe we’ll be able to manage this. And by this, I mean the board expecting us to qualify for the Europa next season. Thanks guys, no pressure. We’re cruising. Nothing is stopping this train. Nothing at all.
Until it did. Hard.

After six games we had one measly win, two draws and three loses. THREE. After managing just four the entirety of our last season, we’ve managed to match that within weeks. Weeks! Barely even a month. The first bloody month of the season. Christ.

We’ve been pretty consistent throughout our Bettered Cup Group, with one lose to our four wins but for some reason we just haven’t got going in the Premiership. I’m not sure what it is. Is it my tactics that were so successful in the first year? Our my players not up to the challenge of the league? Are they simply still in holiday mode and not fit enough yet? I don’t know but I’m worried. Not loads yet because it is still fairly early. But my confidence has definitely wilted like an elderly man when his viagra wears off. This isn’t going to be so easy after all.

PS:  Subscribe to the newsletter and get things that don’t get published on the website, you know, as a special treat to you.