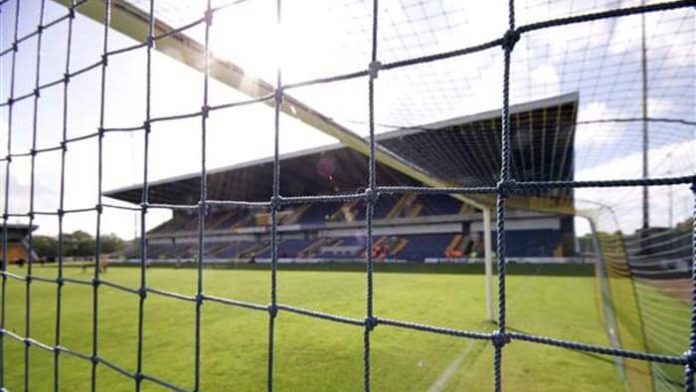 “Welcome to Mansfield Town Football Club. Can I get you anything? Tea? Coffee? A brandy?”

John Radford didn’t need my permission. He’s already downing two fingers of Tesco’s Finest Cognac before I’ve finished my sentence; judging by the half-empty bottle on his desk, it isn’t his first of the morning.

“Welcome to The Stags. I’d like to take a few minutes of your time to welcome you to the club before handing over to your assistant manager.”
He shoots me a big, wide grin, unkempt hair flapping this way and that in the air conditioning. There’s a mad gleam in his eye, though it could just be the light catching his glasses. He’s eccentric, all right, but I wouldn’t be here otherwise. 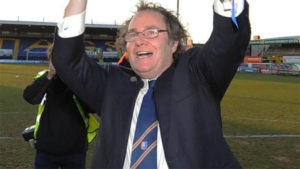 This wasn’t the job I applied for, after all. One Call Group were looking for a Line Manager to head up operations at their Doncaster office. Fed up of micromanaging vegetables at Aldi – I’m not talking about the produce – I sent in the CV and covering letter. The response came hours later – not from some snot-nosed HR lackey or pencil-pusher, but the wife of the owner himself.

“Hi Jim, this is Carolyn Radford, CEO at Mansfield Town,” said Carolyn Radford, CEO at Mansfield Town. “I am calling to let you know that we were mightily impressed by your CV, and would like to offer you the job. No need for an interview – just come and see John at the One Call Stadium tomorrow morning. Dozens of candidates applied. It was close, but you got there just ahead of Iain Dowie. Congratulations.”
Iain Dowie, former Northern Ireland international and current regional sales manager at Go To Surveys. Competition for the role was fierce, I’m assured.

So here I am, standing opposite a bona fide lunatic in the boardroom at Field Mill. A crap semi-pro playing career, management experience limited to retail and well-known issues with milkshake abuse, but I’m still the man chosen to take Mansfield Town forward – without having ever spoken to the owner in person. That’s rather unusual, I tell Carolyn. “We’ve done it that way for years, and it doesn’t really work,” she replied. “The managers always end up leaving or getting the sack. John wanted to try something a little different.”

As we sit down, John gives me the usual spiel about being the right man for the job and having the full backing of the board – something I hardly find believable – and I return the favour with exaggerated platitudes.

“I appreciate you taking the time out of your busy schedule to welcome me in person!”

The sarcasm is unwitting but palpable, undermining what should have been a simple kiss-arsing exercise. I try not to glance at the fast emptying bottle on John’s desk. Thankfully, he moves swiftly on.

“I appreciate you might already know a fair amount about Mansfield’s background, but I can send a detailed overview of the club’s history to your inbox if you’d like?”

Is that even possible? I overlook the oxymoron and try to win back some brownie points.

“I’m familiar with the club’s history. I researched it before accepting the job.”

John glares at me from behind those rims, the broad smile having disappeared from his rosy cheeks.

Does he have Dowie on speed dial? Leroy Rosenior lasted ten minutes at Torquay United, but I’ve only been sitting here for four. I’d rather not be the punchline in a Daily Telegraph listicle about shit managers and shittier reigns. I blurt out whatever information I gleaned from Wikipedia the night before, making a point of disparaging the previous owner.

“Yeah, Keith Haslam. What a tosser.” After a five-minute tirade about Haslam’s dodgy dividends and another snifter of Cognac, I’m back onside.

“Is there anything on which you’d like to be judged by myself and the board?”

Not the last four minutes, that’s for sure.

It’s the first interview (if you can call it that) where an employer has ever asked a potential employee to set their own targets. Some will call it blue sky thinking; I call it irresponsible madness. If it were up to me, I wouldn’t be judged on anything whatsoever, and would come to work in my pants and dressing gown every day, watch reruns of Father Ted and leave everything to my coaching team, pocketing five grand a month for the privilege.

It’s not the best idea to make a rod for my own back. I can’t promise fast, attacking football with Darius Henderson lolloping around like a senile silverback in the penalty area, and some of the kids here will be working double shifts on checkouts by Christmas.

“It’s traditional to hold a press conference when signing a new manager. Would you like us to set one up for you in the next day or so?”

Being a former Aldi manager has already given the press plenty of material. The Guardian went with “Spent a little, lose a lot”. The Telegraph called my appointment a “supermarket swoop”. Fortunately, John took most of the stick, with the Daily Star and the Mirror calling him a “basket case” and “off his trolley” respectively. The latter even mocked up an image of the pair of us in said trolley, hurtling down a slope labelled Football League.

I’m not a fan of conferences, but what’s the realistic alternative? Wandering around the empty catacombs of the One Call Stadium with a bemused grin on my face as our PR man snaps away? Hiding in a dark room until pre-season is over and everyone’s forgotten I was appointed in the first place?

That’s not going to work. A conference is best. I can use it to press home my credentials. I was Aldi’s Manager of the Year in 2014, after all. That ought to command a little more respect.

“Thanks for answering my questions. I’m now going to hand the meeting over to your assistant manager, who’s got a few things to talk to you about.”

No real mention of budgets or expectations – such trivial matters will apparently be dealt with on another day. John is clearly a busy man, and with a brisk shake of the hand, he ushers me towards the door. On the way out, he waxes lyrical about my number two.
“He’s an ex-pro who’s played a bit of non-league. International experience, sort of. He’s worked as a manager outside of football, too. You’ll get on well with him, I promise you.”

I swallow hard and close my eyes for a second, praying to the footballing cosmos.

For the love of God, don’t let it be Iain Dowie. 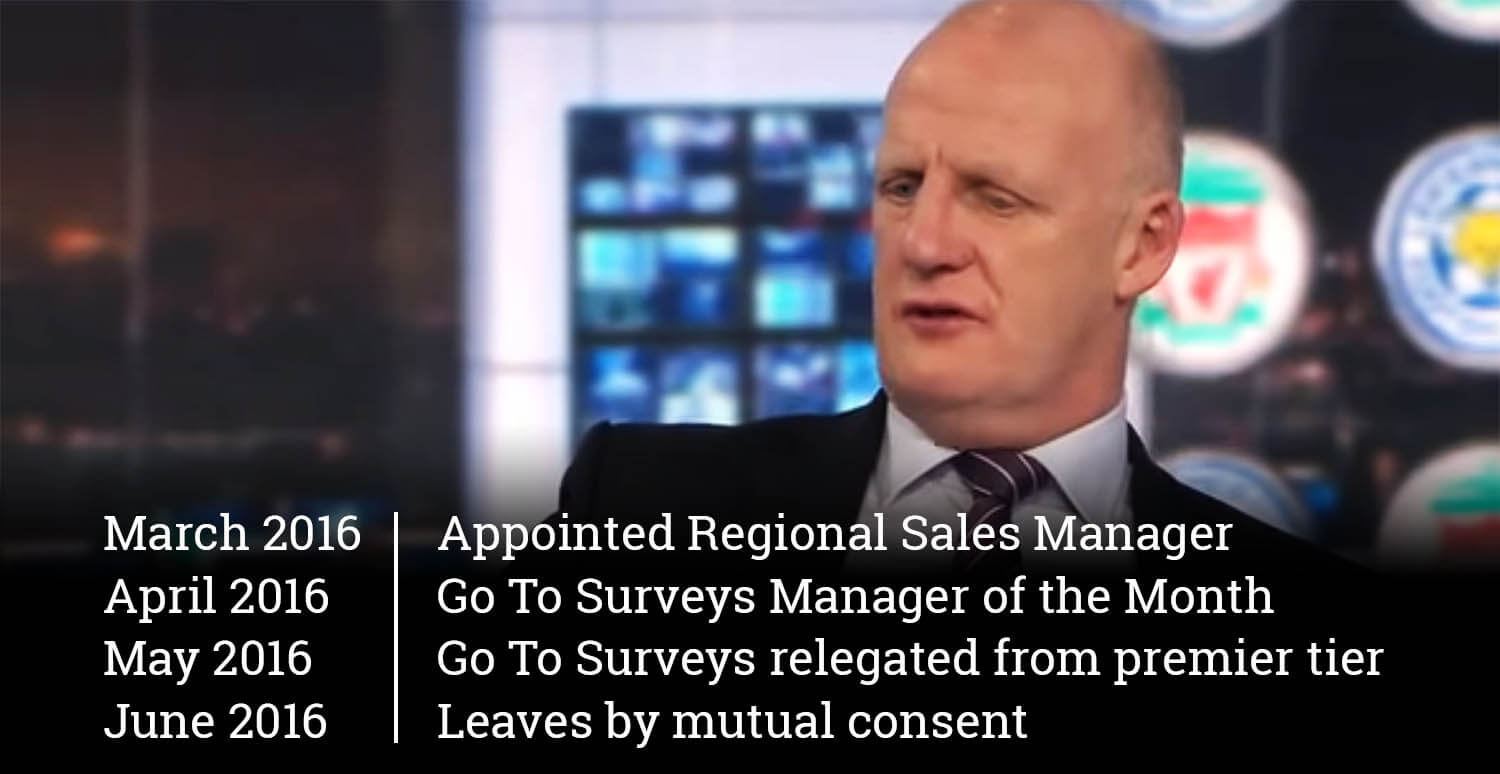