I thank Eli Levi, my assistant manager at Hapoel Ashkelon FC, for his offer of a team report. He may well not be my assistant for much longer, but I might as well at least get the report out of him. It’ll provide a starting point: after all, it’s my first day at the club.

And then I turn straightaway to recruitment of backroom staff.

I like to start with the medical team, since decisions here can be made in isolation: decisions regarding coaches are more complex because their work is more collaborative.

I’m going to search, under mental attributes, for ‘Physiotherapy’, obviously. But first I add two columns to the spreadsheet: ‘Personality’ and ‘Determination’. I click on the latter so that prospects will be ranked by that attribute, in descending order.

I then search for people with a physiotherapy attribute score of 20. Then 19; then 18; and so on.

I find that two things happen almost invariably here. First, whichever country I’ve washed up in turns out to have a complete dearth of talent in physiotherapy. For goodness sake, have all the good ones been exiled!? Second, the few that have decent knowledge of physiotherapy turn out to lack the levels of determination required to be effective. 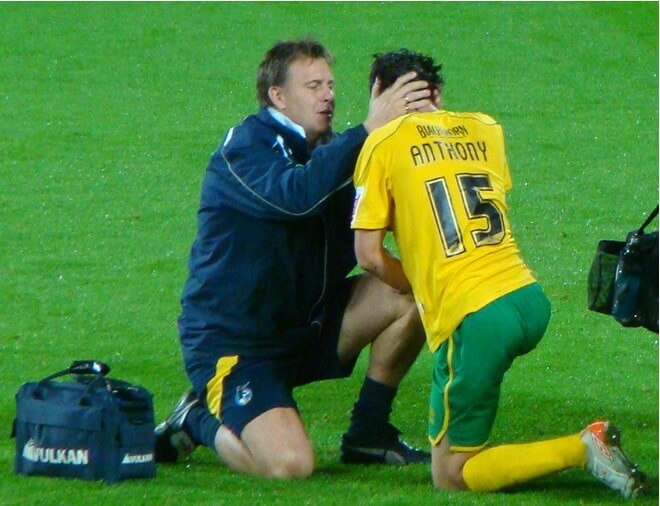 This, surely, is a blip with FM. In the real world (ITRW) it doesn’t seem to me that physiotherapy as a career attracts only people who lack drive.

But in Israel, praise be, it turns out that there’s a guy called Guy Morag, who’s not only a talented physio but also determined and even disciplined. And resilient, which is exactly what’ll be needed in a relegation battle. He’s had one job, which ended a few years ago, so I doubt he’ll be poached.

I offer him a bonus, equivalent to 10% of the wage, for avoiding relegation. If that motivates him to get our players back into action just a bit sooner than expected, it will be money well spent.

I sack the incumbent and hope that, once Mr Morag has accepted my offer of a three-year contract, he’ll sign on the dotted line without further ado.

What’s just happened here? However long I stay at Ashkelon, I won’t make many signings more important than this one. The appointment might lack the glamour of buying a star striker ─ social media won’t go wild with fans enthusing about it ─ but it’s every bit as important.

Having a physio who can keep, or get, players fit and well is, I reckon, the equivalent to having at least a couple of extra players. Discovering Morag is like stumbling upon a nugget of gold.

Now, we need a scouting team.